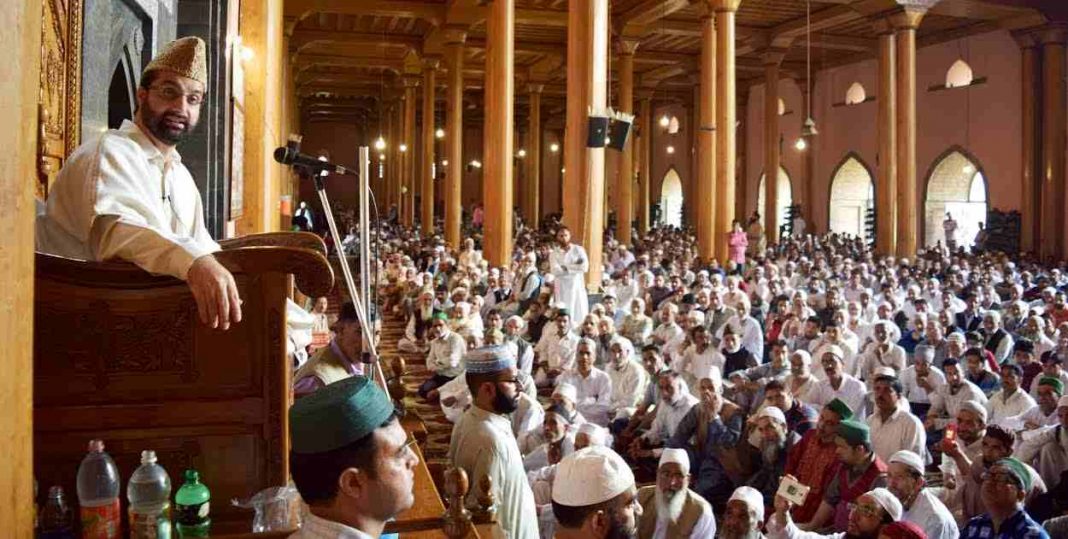 Released from his 57-day house arrest, the Mirwaiz, head priest of the Kashmir Valley, had said that the Indian government’s belief that killing all militants will bring normalcy to Kashmir was misplaced

The BJP and the Congress, on Saturday, hit out at Hurriyat Conference’s moderate separatist leader Mirwaiz Umar Farooq for suggesting that if one militant is killed in Kashmir, “another ten youth are ready to tread the same path.”

The comment by Umar Farooq – who has been a votary of talks between the government and the Kashmiri people to find a lasting solution for peace in the Valley – came in for strident criticism from leaders of the BJP and the Congress.

BJP MP and former Union home secretary RK Singh said that the Mirwaiz’s comment was a sign of his nervousness due to the crackdown by National Investigation Agency (NIA) against separatist leaders in the Valley who have allegedly been receiving funds from their handlers in Pakistan to fuel violence and unrest in Kashmir.

“These people are feeling the pain because there has been a crackdown (by the NIA) on the flow of funds, which they used to receive from Pakistan. He (the Mirwaiz) is worried because he knows that he is one of the suspects,” Singh said.

Senior Congress leader PC Chacko too slammed Umar Farooq for the statement, saying: “We have to see where the provocation (for such statements) is coming from? The Mirwaiz should answer that too. People like him provoke the common folk to attack the Armed Forces or take an anti-India position. These people are worsening the situation (in the Valley).”

Released after 57-days under house arrest, the Mirwaiz had on Friday, while addressing a congregation at Srinagar’s historic Jamia Masjid, claimed: “Each day, young educated boys are being killed and there is a belief in some that once all of them are killed, the problem will be over. But those who think so forget that these boys took to arms as a reaction to repression and for the resolution of the dispute, and as long as there is repression and force as a State response, while you may kill one, ten more will stand up.”

Umar Farooq had also raised doubts over Union home minister Rajnath Singh’s claim made earlier in the day that the Narendra Modi government will solve the problem of Kashmir, terrorism, naxalism and insurgency in the North East by 2022.

“How will they do it”, the Mirwaiz had asked, adding: “They want to kill all these (gun-wielding) youth…Is it a solution?”

In his trademark fiery speech, Umar Farooq had said: “Isn’t it a reality that lakhs of people attend the funeral of these youth (militants)? They express the same sentiments for which the slain take up guns.”

While asserting once again that the problem of Kashmir should be solved by the right to self-determination, Umar Farooq had said that India and Pakistan should talk (to resolve the Kashmir impasse) and people of J&K should be made part of the dialogue process. He had also warned the government and other stakeholders in the Kashmir dialogue against treating the problem of the strife-torn region as a “real-estate or territorial dispute” and instead address is as a “humanitarian issue”.