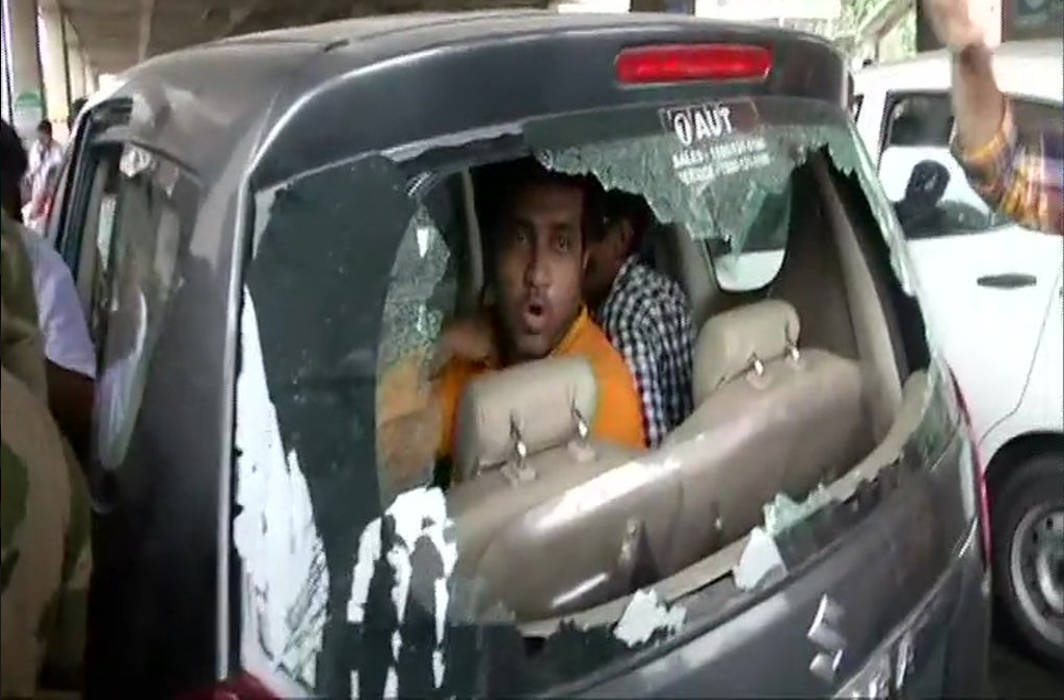 BJP leader Anupam Hazra has alleged that TMC workers were covering their faces at a Jadavpur booth and giving proxy votes. Shortly after he made this allegation, Hazra said TMC goons have beaten up a BJP mandal president, a driver and vandalised a car.

Hazra’s own car was also allegedly attacked. “We also rescued our three polling agents. TMC goons were going to carry out rigging at 52 booths. People are eager to vote for BJP but they are not allowing people to vote,” he said.

BJP MP candidate Anupam Hazra in Jadavpur: TMC goons have beaten up a BJP mandal president, a driver&attacked a car. We also rescued our 3 polling agents.TMC goons were going to carry out rigging at 52 booths. People are eager to vote for BJP but they are not allowing ppl to vote pic.twitter.com/7qlRPg73HA

An incident of bombing was reported outside Deganga’s booth number 66/67. It has been alleged that some unidentified men came riding a bike, hurled a few bombs and as soon as forces rushed in, left the bike there and fled away.

In another mishappening, two groups, belonging to BJP and Congress parties according to eyewitnesses, attacked each other with sticks near booth number 201 in Petlawad of Umarkot, which is a part of Ratlam Lok Sabha constituency. Police reached the spot and detained members of both parties. Workers of the two parties had gathered near the booth and started arguing over political issues.

BJP candidate from Pataliputra parliamentary constituency, Ram Kripal Yadav has filed a complaint with Election Commission alleging booth capturing in his constituency. He says that some people are threatening voters and trying to capture the booths. He also alleged that his party workers are being beaten up and their vehicles were vandalised.