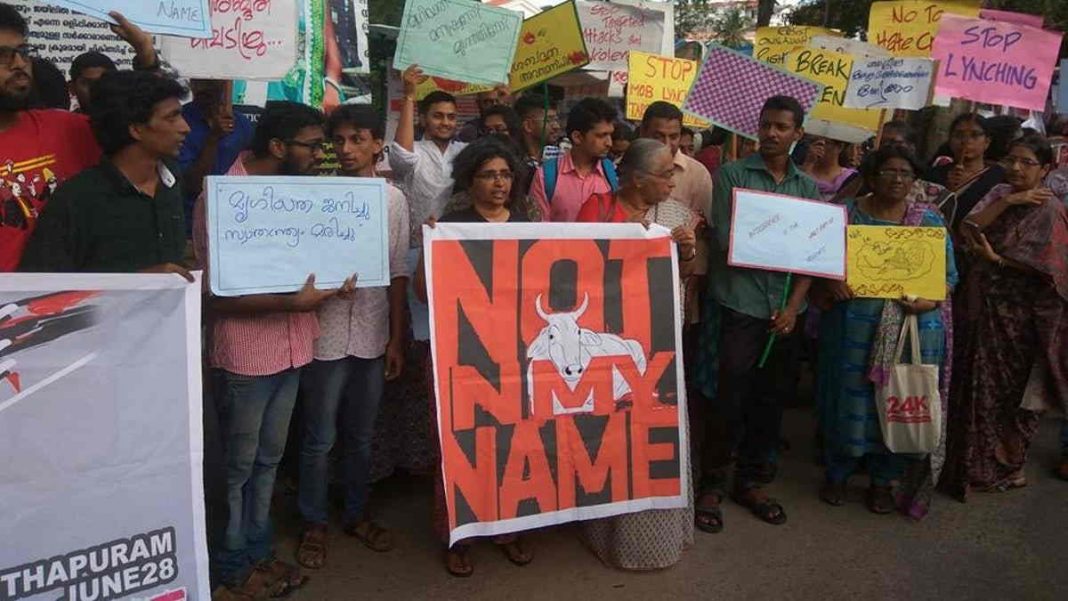 A local BJP leader was arrested by the Jharkhand police on Saturday over last week’s mob lynching of meat trader Alimuddin Ansari in Ramgarh, who was allegedly carrying beef in his car. Two others involved in the case have also been arrested.

Nityanand Mahato, in-charge of the BJP Media cell in Ramgarh was among two people picked up by the police on Saturday from the house of local party unit chief Pappu Banerjee.

According to reports, Mahato claimed that he had gone to the spot only after the administration reached there, “just to find out what happened”.  A senior officer R K Malik described the incident as a “premeditated murder”.

The attackers seemed to have been waiting for Ansari, who was from the neighboring Hazaribagh district and was “involved in some trading or business of meat”, said R K Malik. The suspected killers had already been in business relations with Ansari, he added.

Reportedly, all three accused are part of the Gau Raksha Samiti and have been booked for murder.

The attack came hours after Prime Minister Narendra Modi condemned the growing lynching incidents during his Gujarat visit. “Killing people in the name of gau bhakti (cow worshipping) is not acceptable,” said PM. “No person in this nation has the right to take the law in his or her own hands in the country”, Modi added.