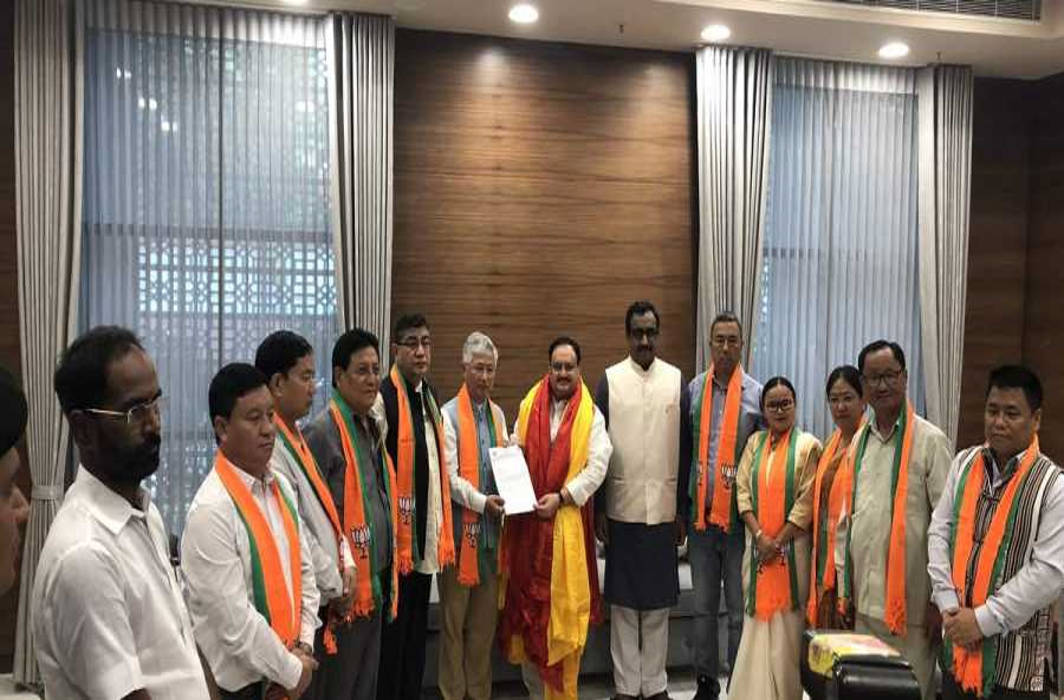 In major boost for the Bharatiya Janata Party (BJP) in the northeast, 10 MLAs of the Sikkim Democratic Front (SDF) joined the saffron party on Tuesday (August 13) in the presence of BJP’s working president JP Nadda and BJP general secretary Ram Madhav in New Delhi. The BJP will now be the main opposition in the state though it had not won a single seat in the recent assembly polls.

Sikkim is the only state in northeast where the BJP’s wave has not swept across till now. All other states have governments which are run by parterns of the North East Democratic Alliance (NEDA), a special alliance of regional parties formed by the BJP to improve its footprints in the Northeast.

“Ten MLAs of SDF have joined BJP and this is the first time that an entire legislative party has joined another political party. We have requested senior leaders of BJP to come to Sikkim and help us in the growth of the party,” said Dorjee Tshering Lepcha, a senior leader of SDF who joined BJP on Tuesday.

Lepcha said the MLAs were hopeful that BJP under the leadership of Prime Minister Narendra Modi will bring development to the state. “We want BJP to form government in Sikkim and our primary focus will be to increase grassroots presence of BJP in the state. This will help us strengthen the organisational network of the party,” said Lepcha.

Lepcha also said the people of the state, especially youth and first time voters, want BJP to grow in Sikkim under the leadership of the prime minister.

“We want lotus to bloom in Sikkim,” he said, referring to the BJP’s election symbol.

Speaking at the press conference held in Delhi, general secretary of BJP Ram Madhav said SDF had won 15 seats in assembly elections, but since some people contested on more than one seat, the party has 13 MLAs out of which 10 have joined the BJP.

“SDF was in power in Sikkim for 25 years and now most of the MLAs of the legislative party have joined BJP. We will fulfill the responsibilities of an opposition party in Sikkim and strengthen the organisational base of the party,” he added.

Sikkim has a total of 32 assembly seats. In the 2019 state assembly elections, the Sikkim Democratic front won 15 seats while the Sikkim Krantikari Morcha (SKM) won 17.

This comes as a huge setback for Former chief minister Pawan Kumar Chamling, one of the longest serving chief ministers of Sikkim and also of India. Under his leadership, the Sikkim Democratic Front won repeated assembly elections with significant majority.