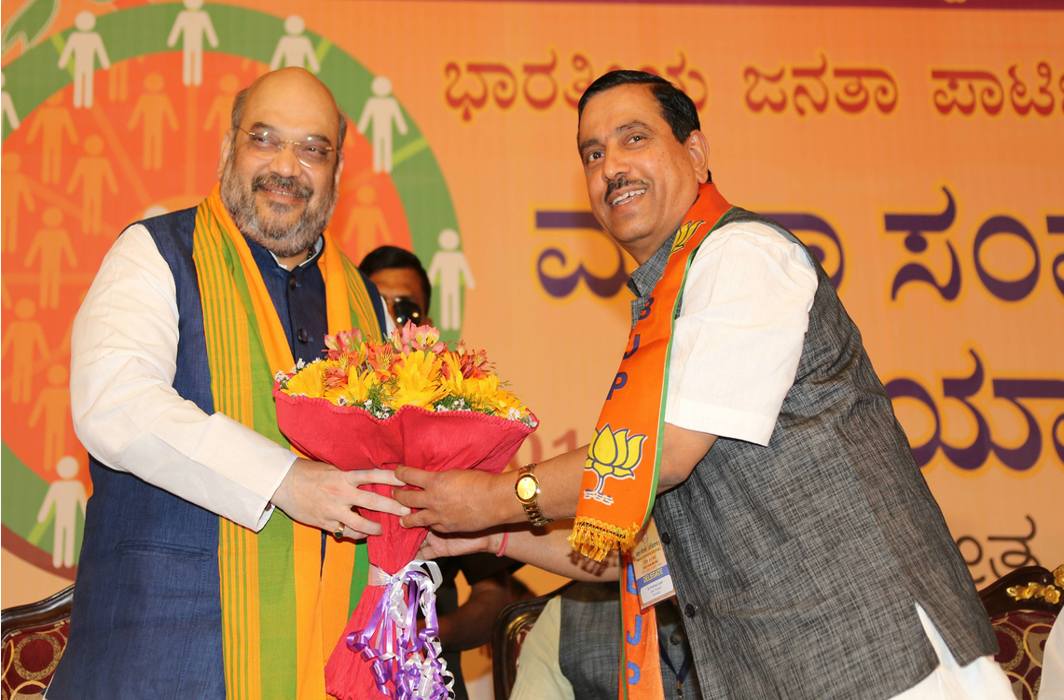 An FIR was registered against BJP leader and Lok Sabha MP Pralhad Joshi for making inflammatory comments against Muslims in Karnataka which is in the midst of electioneering for state assembly polls.

Joshi had compared Sadarsofa area of Hubbali with Pakistan and said that weapons were being stored in mosques in a speech he made in the district.

Following Joshi’s speech in the Karnataka district, a group of Muslims had staged a protest on Friday evening. This led to action against the BJP MP for his derogatory remarks against mosques of Hubbali.

Jafersab Khazi and Mahmad Hanif Hullapadi, office bearers of Masjid Jamat in Saidar Street alleged that Joshi, during his visit to slain Gurusiddappa Ambiger’s residence on Thursday, said that many mosques have illegally stored weapons. They added that statements like these can spread hate in society, according to a report in The Indian Express.

Joshi has been booked under sections 153 A (promoting enmity between religious groups) and 298 (uttering, words with deliberate intent to wound the religious feelings of any person) of the IPC and other relevant sections as well.

Earlier, Pralhad Joshi landed in a soup for mistranslating in Kannada the BJP chief Amit Shah‘s speech at his rally in Davanagere district’s Challakere to say, “Narendra Modi will not do anything good for Dalits. He will destroy the nation.”

The goof up followed Amit Shah’s faux pas when he said, “Recently, a retired Supreme Court judge said if ever there was a competition for the most corrupt government, then the Yeddyurappa government will get number one…,” leaving Yeddyurappa and the BJP leadership shocked.