Home Latest india news BJP pulls up Pragya Thakur for saying she is ‘not meant to... 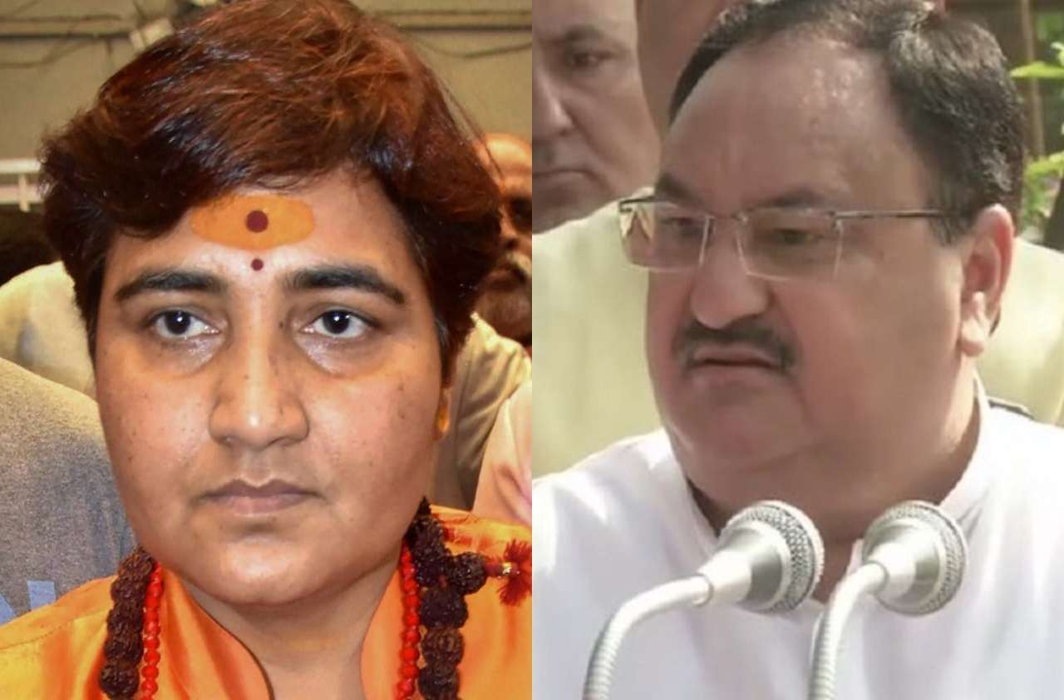 Malegaon bomb blast accused and BJP MP from Bhopal Pragya Thakur was today (Monday, July 22) pulled up by party’s working president JP Nadda for saying she has not been elected for cleaning drains and toilets – a remark seen as an adverse comment on the Narendra Modi government’s flagship Swachh Bharat campaign, said media reports.

Thakur was summoned to the BJP headquarters where Nadda conveyed the party leadership’s displeasure with her remarks. She was also asked to refrain from making statements that go against the party’s campaigns and ideologies.

Pragya Thakur declined to speak to reporters as she left the party office.

Pragya Thakur had made the statements while addressing a gathering at Sehore in Madhya Pradesh yesterday.

Thakur, an accused in the 2008 Malegaon bomb blast case, is currently out on bail.

Speaking at an event in Sehore yesterday, Thakur said that she had not been elected to clean toilets and drains, drawing criticism from the Congress, which called the statement an insult to her mandate. Adding on, she said that the job of an MP is to work with MLAs, corporators and public representatives to ensure development.

This is not the first time Thakur has left the party red-faced. During the Lok Sabha election campaign, she had hailed Mahatma Gandhi’s killer Nathuram Godse as a “patriot”. Even though she was forced to apologise, PM Modi went on to say that he would never be able to forgive her for the remarks. She was issued with a showcase notice as well.

Thakur had also claimed that Maharashtra ATS chief Hemant Karkare was killed in the 26/11 Mumbai terror attacks due to her “curse” as she was “tortured” by police in custody. Even then she was forced to tender an apology.