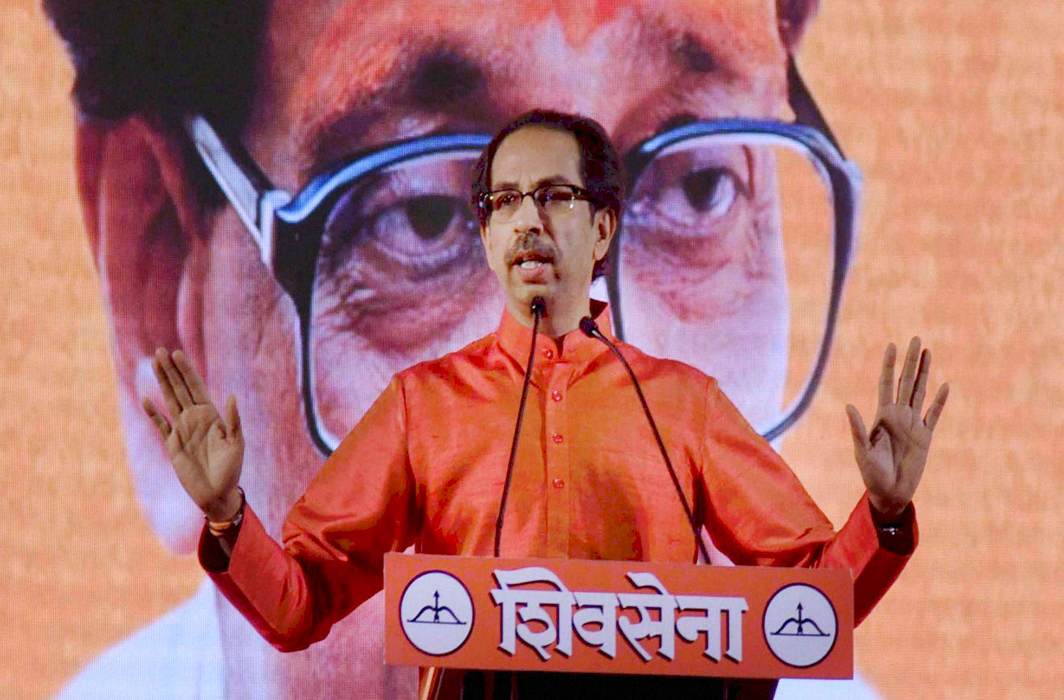 The Maharashtra drama had a blockbuster finale today with the Maha Vikas Aghadi, an ambitious alliance of the Shiv Sena, Nationalist Congress Party (NCP) and Congress, led by 59-year-old Chief Minister Uddhav Thackeray proving its majority in the 288-member assembly. The alliance comfortably sailed through the floor test with 169 votes.

Four MLAs — two All India Majlis-e-Ittehadul Muslimeen (AIMIM) MLAs and one each from the CPI(M) and MNS — abstained from voting.

The Aghadi, however, faces another challenge — the Speaker’s election tomorrow.

The floor test began amid huge ruckus as the BJP, led by Devendra Fadnavis, walked out calling the proceedings “unconstitutional”.

“This session is unconstitutional and illegal. Appointment of pro-tem Speaker was also unconstitutional,” former Chief Minister Devendra Fadnavis said outside the assembly.

The trust vote was delayed amid ruckus in the House with the BJP MLAs shouting “Dadagiri nahi chalegi”.

NCP leader Dilip Walse Patil, who was appointed the pro-tem or interim Speaker for the proceedings, clarified that there won’t be a secret ballot and voting will be telecast live as per the Supreme Court rules and in accordance with law. The BJP, which has become the opposition even after winning the maximum number of seats, was hoping that secret ballot would turn things in its favour.

Fadnavis told the Assembly that correct procedure wasn’t followed for Uddhav’s oath. He also objected to the selection of the pro-tem speaker without an election and said the special session to conduct the floor test is “against rules”.

“Norms are being flouted,” Fadnavis claimed. He demanded to know why was BJP MLA Kalidas Kolambkar was replaced as the pro-tem speaker.

“Never in the history of Maharashtra Assembly a trust vote was conducted without electing a Speaker. What was the fear this time?” he asked.

The pro-tem Speaker told the agitated members that the government has the right to elect a speaker.

“The Governor has given the permission for this session. This session is as per rules. So your point stand rejected,” the Speaker said.

The trust vote was moved by Congress leader Ashok Chavan followed by Shiv Sena’s Sunil Prabhu and Nawab Malik of the NCP.

The Speaker then announced they were going ahead with the floor test.

Shiv Sena chief Uddhav Thackeray and six ministers, two each from the three alliance partners, were sworn in at the historic Shivaji Park on Thursday after an eventful month that was full of stunning twists and surprises. The glittering ceremony was attended by top opposition leaders, Devendra Fadnavis, industrialists, including the Ambani family and others.

The Sena chief was the eighth person to take oath as Maharashtra Chief Minister without being an MLA. According to provisions of the Constitution, any leader who is not a member of the Assembly or Council has to become member of the legislature within six months of taking oath of the post.

The Sena had emerged the second largest party in last month’s elections with 56 seats. The BJP, its partners of over three decades, was the largest party with 105 seats. Together they had comfortably crossed the majority mark. But the alliance disintegrated over the Sena’s insistence on rotational chief ministership and an equal division of ministries, which the BJP firmly rejected.

Uddhav Thackeray then approached the NCP and the Congress. Endless meetings and discussions among ideologically contrasting parties followed in Delhi and Mumbai.

Just when the soon-to-be partners were about to seal an alliance with Uddhav as its leader, the BJP’s Devendra Fadnavis stunned them with an unannounced oath ceremony last Saturday. NCP’s Ajit Pawar, who was part of all Aghadi discussions, also took oath as Chief Minister Fadnavis’ deputy after promising all 54 NCP MLAs to the BJP.

The Aghadi immediately approached the Supreme Court which on Tuesday ordered Devendra Fadnavis to prove his majority within 24 hours. Secret ballot wasn’t an option and the trust vote had to be telecast live, the top court said.

By now all NCP MLAs, who had apparently sided with Ajit Pawar, returned to party chief Sharad Pawar. The Aghadi’s majority was on full display at a five-star hotel in Mumbai.

Hours before the crucial floor test, Ajit Pawar exited the two-member government followed by Fadnavis’s resignation leading to the collapse of the BJP-led government in Maharashtra.

IMD said that there was a layer of dense fog in the morning and moderate fog all over the day in Delhi -NCR, west Uttar Pradesh, Punjab, Haryana, and north-Rajasthan. This prevents the sunlight from reaching the surface.
Read more
Delhi news