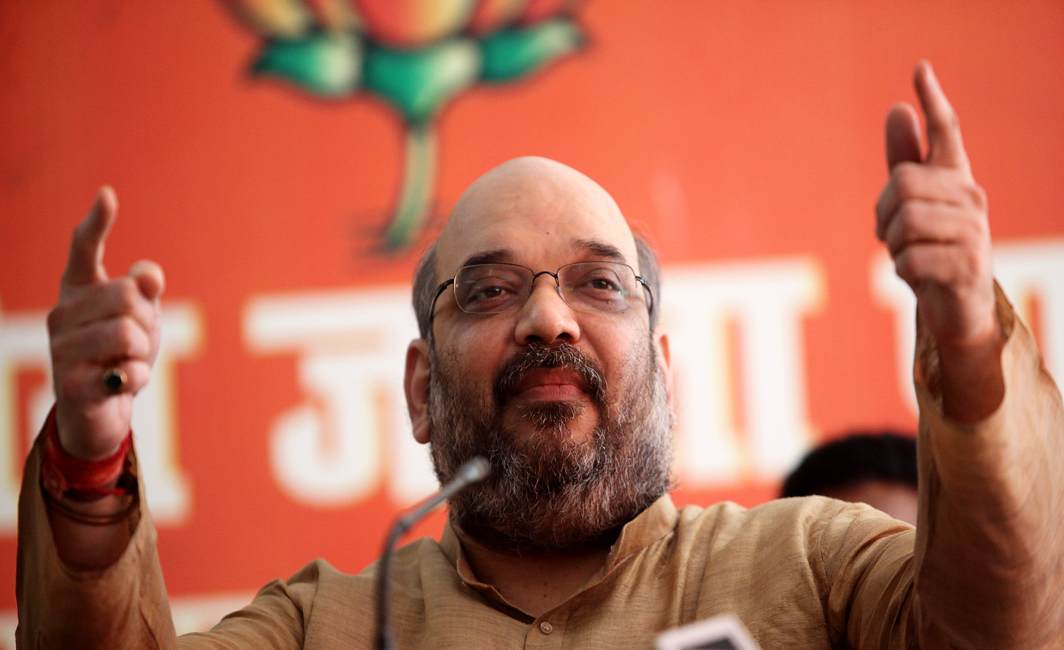 Amid a clamour among a majority of non-National Democratic Alliance (NDA) parties for the need to stitch up a united Opposition that can end the seemingly invincible BJP’s victory march at the hustings, the saffron party’s national president – Amit Shah – has asserted that his party has not come to power for a mere 5 ör 10 years but at least 50 years”.

Shah, who is on a three-day visit to Madhya Pradesh addressed party workers in Bhopal, on Friday, when he urged them to strengthen the party and take it to every part of the country so that in “the next 40-50 years the BJP can bring about major changes in the country through power”.

“Today, we have a majority government at the Centre with 330 MPs, and we also have 1,387 MLAs in different states. The party appears to be at its peak, but dedicated workers feel we have a long way ahead,” a statement issued by the BJP on Saturday quoted Shah as having said at the meeting of his party’s elected representatives and office bearers in MP.

“We have not come to power for 5-10 years, but at least 50 years. We should move forward with a conviction that in 40-50 years we have to bring major changes in the country through the medium of power,” Shah said.

Shah’s visit to Madhya Pradesh is part of his 110-day nationwide tour which is being touted as the saffron party’s preparation for the next general elections due in 2019.

The BJP national president’s efforts at mobilising party cadres at a time when the saffron party is on a seemingly unending victory march in all elections – beginning with the federal elections of 2014 and continuing with over half a dozen provincial elections that have been held since – come in stark contrast to the utterly vanquished Opposition – especially the Congress – which despite humiliating poll setbacks is still only talking about unity to defeat the Narendra Modi-Amit Shah juggernaut.

Shah made a point to emphasise that the BJP is now the world’s largest political outfit with “10-12 crore members” and that the cadres must now “ensure that there is no place left in the country where we don’t have our flag… we have to strengthen the organisation further.”

Shivraj to remain face of BJP in 2018 MP polls too

Earlier on Friday, Shah laid to rest all speculation over the possible change of guard in BJP-ruled Madhya Pradesh when he told media persons that: “I must clarify on record that the 2018 assembly elections in Madhya Pradesh will be contested under the leadership of Shivraj Singh Chouhan”.

Over the past few months there has been intense speculation that Shivraj – a three-term chief minister – could be moved to New Delhi as a member of the Narendra Modi cabinet.

‘Will never join the Union Cabinet’

The BJP national president who recently got elected to the Rajya Sabha for the first time also clarified that he will continue to serve as the BJP president for now and serve in an organisational role instead of joining the Modi cabinet.

“My term as a legislator in Gujarat is nearing completion, so I opted for the Rajya Sabha. Now, I will continue working for the party. I will remain in the organisation and will never join the Union cabinet. I am announcing this officially,” Shah told media persons.