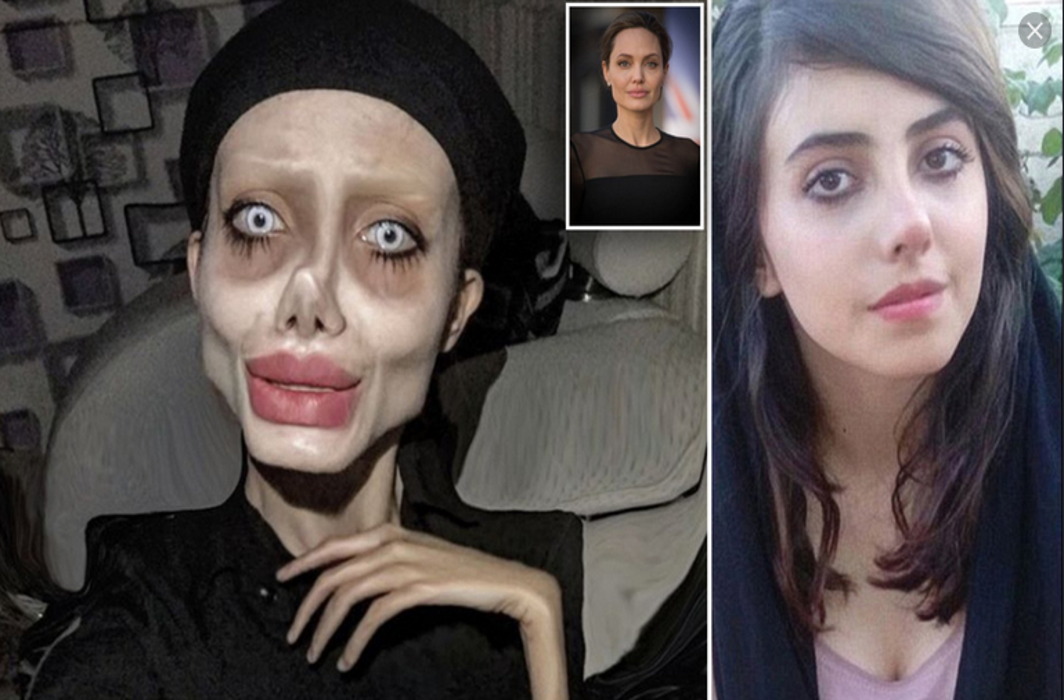 Undergoing cosmetic surgery to alter her appearance and posting images looking like a spooky Angelina Jolie has got Iranian Instagram star Sahar Tabar arrested on charges of blasphemy.

Tabar was detained on the orders of Tehran’s guidance court, which deals with “cultural crimes and social and moral corruption”, news agency Tasnim was reported have said late on Saturday, Oct 5.

“She faces charges including blasphemy, inciting violence, gaining income through inappropriate means and encouraging youths to corruption,” the report added.

Tabar altered her face through cosmetic surgery which then resembled a spooky version of Angelina Jolie and posted on Facebook-owned Instagram.

Tabar made headlines last year with reports claiming that she had undergone around 50 plastic surgeries to look like her idol Angelina Jolie. However, in her attempts to look like her idol, Tabar has been called a “zombie”, Tim Burton’s Corpse Bride, among other names, by the Internet users, said media reports.

Most of the photos and videos shared with her 26,800 followers have also been heavily edited so that she seemingly resembles Hollywood star Angelina Jolie.

The account features images of her with a gaunt face, pouting lips and sharply turned-up nose. In some images, “she is wearing a hijab over her hair and a white bandage on her nose, commonly seen on Tehran’s streets.”