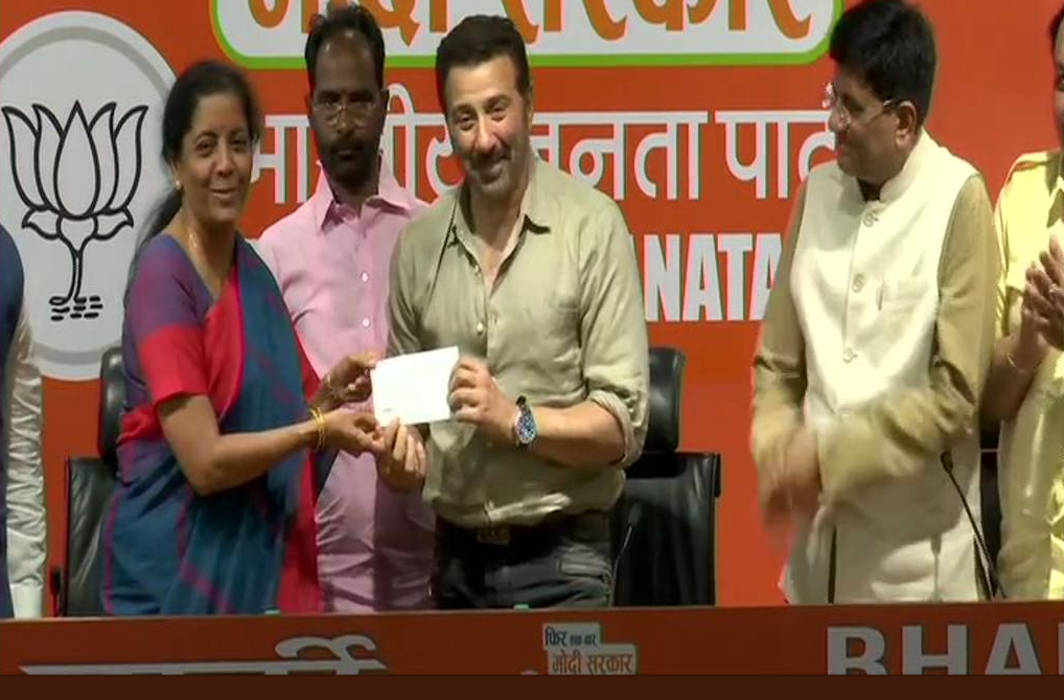 It is being speculated that the saffron party may field Sunny from Amritsar or Gurdaspur Lok Sabha Constituency.

Deol’s father and veteran actor Dharmendra had also contested a Lok Sabha poll and won from Rajasthan’s Bikaner in 2004. He has made a few appearances in 2019 Lok Sabha elections to campaign for his wife Hema Malini who is contesting from Mathura.

After joining the BJP, Sunny Deol said, “PM Modi has done a lot for the country and I wish that he remains the prime minister for another five years. Our youth needs people like Modiji.”

“The way my father [veteran actor Dharmendra] worked with and supported Atal ji, I am here today to work with and support Modi ji. My work will do the talking,” Sunny Deol said.

Sunny Deol’s Bollywood career spans over three decades with the actor giving Indian cinema goers many memorable films such as Betaab, Border, Damini, Gadar and Ghayal among many others.

Sunny is awaiting the release of his film, Blank, in which he plays the chief of anti-terrorism squad (ATS) chief.