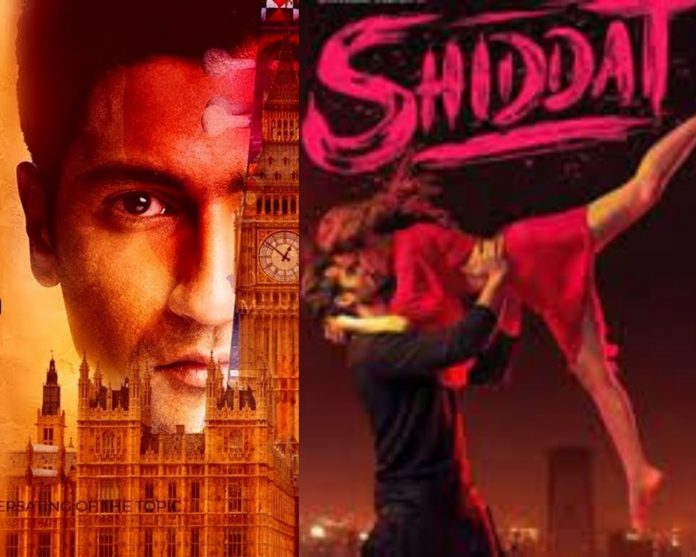 The month of October is almost here and so are Bollywood film releases. This month is going to keep you hooked with releases under big banners.

It’s been more than a year of the coronavirus pandemic and undeniably movies have been the greatest source of entertainment during these tough days. With theaters shutting down and films getting released on OTT platforms, the audience has now been exposed to several options when it comes to movies.

The pandemic also pushed the release of many Bollywood films that did not opt for an OTT release. Now, that lockdown restrictions have been lifted in several states, as many as fourteen films will hit the silver screens this year and next year. However, few films will stick to the OTT platforms.

As October is approaching, here is the complete list of Bollywood film releases this month:

Featuring Radhika Madan and Sunny Kaushal, Shiddat will release on October 1, 2021. It will premier on Disney+Hotstar. Apart from Radhika and Sunny, the film also features Mohit Raina and Diana Penty in titular roles. The film has been directed by Kunal Deshmukh and produced by Dinesh Vijan, the filmmaker who made films like Stree, Luka Chuppi, Cocktail, and Hindi Medium.

The film will feature Kangana Ranaut and Arjun Rampal in the lead roles. The plot of the film is said to revolve around a tough international spy. The film will release in theaters on October 1.

This biopic sports film is based on the golden era of Indian football. Maidaan will feature Ajay Devgn as a coach Syed Abdul Rahim. The film will release worldwide in theatres on October 15.

The makers of Rashmi Rocket recently released the trailer of the film that received rave reviews. Starring Taapsee Pannu, the film portrays the life of a Gujrati girl who aspires to be an athlete. The movie will premier on Zee5 on October 15, 2021.

Featuring Vicky Kaushal, this will be a biopic on Udham Singh who was a revolutionary freedom fighter. He is known for assassinating Michael O’Dwyer in London as revenge for the Jallianwala Bagh massacre in Punjab’s Amritsar. The film will release on Amazon Prime Video this October.

Electronic music producer, Udyan Sagar aka Nucleya, is best known for his hit albums such as Bass Rani and Raja Baja turning 42 on December 7, this year.
Read more

Electronic music producer, Udyan Sagar aka Nucleya, is best known for his hit albums such as Bass Rani and Raja Baja turning 42 on December 7, this year.
Read more