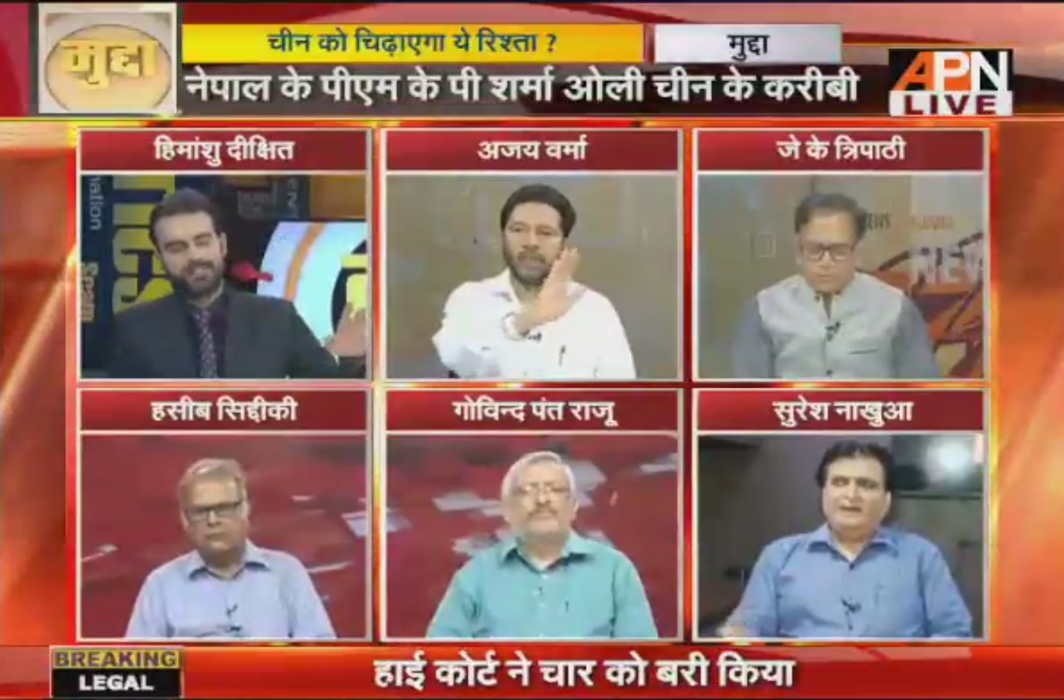 New Delhi-Kathmandu ties in fresh focus as Prime Minister Modi takes off to meet Oli, Mudda panellists feel some work needs to be done to deepen them with China playing diplomatic games

Friday’s Mudda discussed the bilateral relations between India and Nepal as the Indian Prime Minister Narendra Modi is off for his two-day visit to Nepal.

Prime Minister Narendra Modi is on a two-day visit to Nepal, where he is at Janakpur today, the birthplace of Goddess Sita. Giving a push to religious tourism between the two countries, Nepali Prime Minister KP Sharma Oli inaugurated a bus service from Janakpuri to Ayodhya. In his third visit to Nepal as Prime Minister, Modi will also be visiting three Hindu pilgrimages in the country.

JK Tripathi explained India’s long-standing foreign policy and the relations between the two countries. He said that foreign policies do not change overnight and India’s policy has been, more or less, going on the same track and it is the correct thing to do. The issue of the Madhesis in Nepal, a matter for which Tripathi blamed both the governments equally, has been a long-standing one. The Madhesis, the people living in the Terai region of Nepal, have been protesting for long, demanding a greater say in Nepal.

Tripathi also said that India has not paid much attention to Nepal, whereas on the other hand China has been investing a lot. Modi, in his visit will also lay the foundation to 900 MW hydel project worth $1.04 billion which is said to be the single biggest foreign investment project in Nepal. Tripathi said that Nepal can take up the issue of demonetisation with India. “Why should any other country suffer for the note ban that took place here and it is being said that around Rs 300 crore of the Nepali people is stuck in the banks there and therefore this matter can be taken up by the Nepali prime minister,” said Tripathi.

China has always had a strong influence on Nepal and its internal politics. Govind Pant Raju recollected that at a time when Nepal was struck with insurgency, it was China and its military which was responsible for it. “China has always tried to interrupt the India-Nepal relation with these Maoist insurgencies. But due to Nepal being a landlocked country, it is India which would be a natural friend to Nepal and not China,” said Raju.

Dutta further explained the diplomatic equations between India, Nepal and China. He said that although China tries a lot to get closer to Nepal but the geographical disparity between the two countries acts as a roadblock. He said that the India-Nepal relations are a historic one. However, he also agreed that a few mistakes done on India’s part have definitely made Nepal suspicious about India’s intentions, starting from the economic blockade done during the Rajiv Gandhi government, and the other things that followed.

But he expressed hope in the future relations between the two countries as India was the first country which the Nepali PM visited officially after his swearing-in ceremony in which he had said that India is Nepal’s first priority.