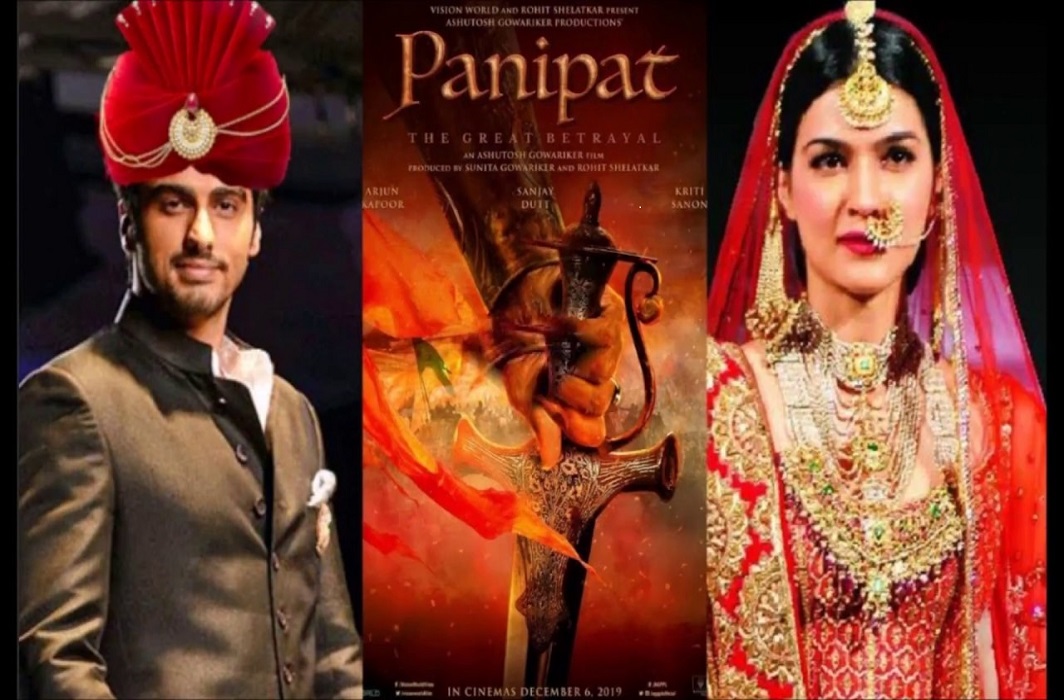 This is not the first time that any period film is facing a public outcry in recent times. Sanjay Leela Bhanshali’s Padmaavat was subjected protests in some regions of the country. Ashutosh Gowarikar’s Panipat is the latest to be subjected to similar treatment.

Despite Panipat getting good reviews from the critics, it has failed at the box office. One apparent reason for that is the call by some people to boycott Panipat.

There were reports  that hundreds of people in Rajasthan protest yesterday over“wrong facts” in the movie. According to the protestors, the film portrays Maharaja Surajmal in a bad light. They claim he is shown as a greedy ruler which isn’t true. They are also protesting against the use of Rajasthani and Haryanvi language in the film, claiming that they speak Braj (a western UP Hindi dialect).

Many celebrities and public figures took to social media to express their disappointment over the outrage.

On Twitter the hashtag #boycottpanipat is trending in India.

While some protesting against the movie and calling on people to boycott it, there were others who are asking the filmmaker to make changes in the film.

Twitteratis are going crazy expressing their displeasure against the movie and the facts shown. While some are bashing the filmmaker for making boring films, some also called Ashutosh Gowarikar a lame director.

Some on the other hand also supported the director and filmmaking by asking #whyboycottpanipat. A certain section have started a new hashtag against it.

#boycottpanipat
Why boycott any movie? If you think any movie is distorted, make your own movie.. Yes get your facts, get your money & get your actors and release it..
Then the audience will decide which movie is a bigger hit...

Bollywood actor Randeep Hooda has come out in support of the movie and tweeted- To glorify one community, one doesn’t need to show others down.. it mostly has an adverse effect .. hoping for a more mature understanding in the future. To the offended – it’s just a movie, don’t attach your ancestors’ legacy to a piece of pure entertainment #MaharajaSurajmal

To glorify one community, one doesn’t need to show others down.. it mostly has an adverse effect .. hoping for a more mature understanding in the future. To the offended - it’s just a movie, don’t attach your ancestors’ legacy to a piece of pure entertainment #MaharajaSurajmal

‘Panipat’ is a historical drama, that revolves around the third battle of ‘Panipat’ which was fought between Marathas and Mughals. The battle is considered as the biggest and the most unfortunate battles of Indian history. The film featured actors like Arjun Kapoor, Kriti Sanon, Mohnish Behl, Sanjay Dutt, Padmini Kolhapure, Nawab Shah and others.

Poster of Sara Ali Khan-Varun Dhawan starrer Coolie No. 1 is out, trailer to drop on November 28

Delhi’s immunisation officer Suresh Seth has said the city can be vaccinated within a month once vaccination begins. It has enough infrastructure to cover the entire population in a month if hospital staff and nurses are roped in, the officer said.
Read more

Commuters headed towards Delhi from other states were affected by the farmers' protests. They said they were facing problems after getting stuck on Delhi-Panipat Highway due to the road blockade.
Read more