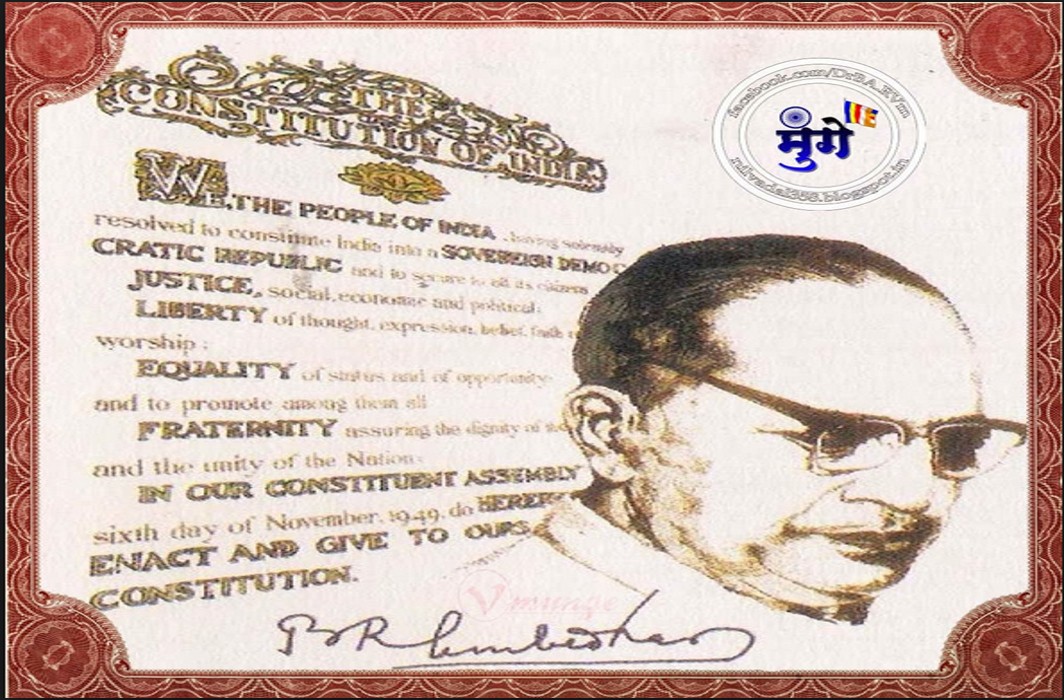 The Yogi Adityanath government in Uttar Pradesh has decided to introduce ‘Ramji’ as the middle name of Dr BR Ambedkar in all official correspondence and records.

The state government on Wednesday passed an order asking all departments and high court benches in Lucknow and Allahabad to replace the use of ‘Dr Bhimrao Ambedkar’ in documents and records with ‘Dr Bhimrao Ramji Aambedkar’, as signed by him on the pages of the Constitution.

The order, issued by Jitendra Kumar, principal secretary, general administration department, said that taking cognizance of the Eighth Schedule of the Constitution, where Dr Bhimrao Ambedkar’s name is written as Dr Bhimrao Ramji Aambedkar, the state government has “directed that all records, documents related to the government will now have his correct name”.

Dr Ambedkar, however, usually signed his name as ‘BR Ambedkar’.

Dr Lalji Prasad Nirmal, director of Babasahib Dr Bhimrao Ambedkar Mahasabha, said the campaign had been initiated by Governor Ram Naik in December 2017, who had written to the Prime Minister, the chief minister and also the mahasabha, expressing his concerns over the prevalent ‘incorrect spelling’ of Ambedkar.

The spelling of Ambedkar in English will remain unchanged, but in Hindi it will be spelt as ‘Aambedkar’.

The Dalit social reformer, whose full name is Bhimrao Ramji Ambedkar, is named as only BR Ambedkar in all official records.

‘Ramji’ was the name of the father of BR Ambedkar, the father of the Constitution, and as per practice in Maharashtra, father’s name is used as the middle name by his son.

The order has met with loud protests by opposition and some Dalit leaders even in the BJP fold.

BJP MP Udit Raj said, “I don’t find any reason to change his name, it’s an individual’s freedom to decide how he wants to be known. Why create a controversy unnecessarily? The Dalit community has expressed its displeasure.”

The opposition Samajwadi Party said the move smacked of politics ahead of the Lok Sabha elections. “The BJP government is playing politics with the name of the Dalit icon,” SP leader Anurag Bhadoria said.

UP cabinet minister Swami Prasad Maurya, however, said there was no politics in the decision and no ulterior motive should be seen in it.