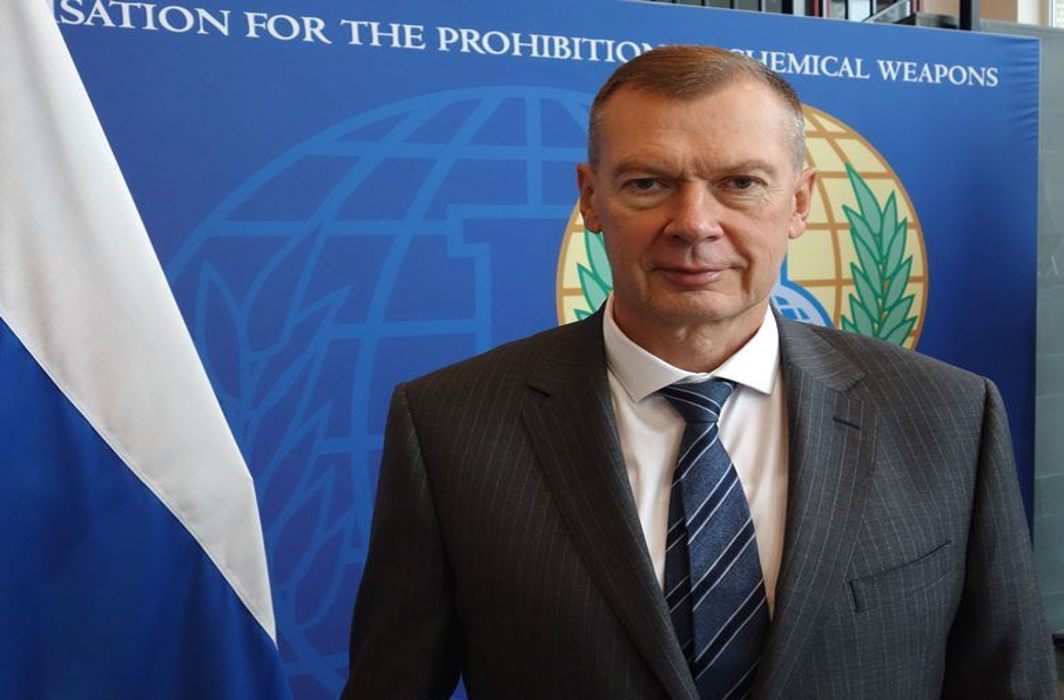 Russia has claimed of having “irrefutable” evidence that British spy agency had orchestrated “false flag” operation in the Damascus suburb town of Douma, for providing a pretext for missile strikes against Syria.

According to Tehran based Press TV, Russia’s representative at the Organisation for Prohibition of Chemical Weapons (OPCW) Alexander Shulgin made the remarks during a meeting of it’s executive council in The Hague on Monday.

Shulgin described the incident as a “pre-planned false flag attack by the British security services, which could have also been aided by their allies in Washington”. He said “We have not just a ‘high level of confidence,’ as our Western partners uniformly put it; we have irrefutable proof that there was no chemical attack in Douma on April 7.”

Russian official also accused Washington of playing “first fiddle” in the Douma incident based on a “pre-written scenario.”

The alleged chemical attack in Douma was staged by “pseudo-humanitarian NGOs,” which are under the patronage of the Syrian government’s foreign adversaries, he added.

Shulgin also stressed that Russian military specialists had found “not a single piece of evidence” substantiating the Western claims about the Douma incident.

He further said that the Syrian government had absolutely no reason to conduct a gas attack when the city was almost liberated from the grip of militants, and thus the anti-Damascus accusations look “absurd,” he added.

Denouncing the tripartite April 14 “military aggression” the Russian official said “this crime can be by no means justified”. He said, “In fact, if they say they bombed a storehouse with chemical weapons and there are no traces of chemical contamination, that proves the fact that their version of secret chemical stockpiles in hands of the Syrian governmental forces has been obviously made up,” Shulgin said.

He also concluded that the US and its allies are not interested in a real investigation into the alleged Douma gas attack. Patients have ‘no symptoms of chemical poisoning’

Meanwhile, on Monday, the OPCW refused to vote for a draft resolution, initiated by Russia and Iran, which called for an investigation into the Douma incident.

The draft resolution underlined “the necessity of finding all the facts” regarding the Douma incident, called on all OPCW  member states to provide proper security conditions for the watchdog’s experts on the ground.

Moreover, Syria’s representative to the OPCW Bassam Sabbagh said that “the barbarous US-British-French aggression,” coincided with the arrival of a fact-finding team was “aimed at hindering the work of the mission and forestalling the results of the investigations.”

The Syrian official also asked what US troops are doing illegally in Syria and why the US is sending weapons to terrorist groups operating there. The US troops are in Syria without UN mandate or Damascus invitation.

Igor Kirillov, head of Russia’s Radiological, Biological and Chemical Protection Unit, while speaking at a press conference at the Russian Embassy in The Hague, said OPCW experts had arrived in the Syrian capital and would visit Douma on Wednesday.

The Western countries blamed the Douma incident on the Syrian government forces, but Damascus strongly rejected the accusation as fabrications. Bashar al-Assad government, which had surrendered its chemical stockpile in 2013 to a mission led by OPCW and the UN, has denied its role in the suspected attack and said that the blame-game was meant to halt the advances made in defeating the terrorists.

On April 14, the US, Britain and France launched a coordinated missile attack against sites and research facilities near Damascus and Homs.

Syrian air defenses have claimed of shooting down a significant number of the more than 100 missiles fired in violation of international law and the UN Charter.