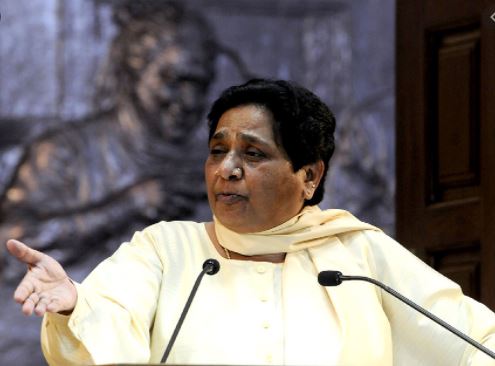 Bahujan Samaj Party Chief on Thursday suspended seven MLAs of her party with immediate effect for their involvement in anti-party activities. The seven MLAs including Chaudhary Aslam Ali, Hakim Lal Bind, Mohammad Mujtaba Siddiqui, Aslam Raini, Sushma Patel, Hargovind Bhargava and Bandana Singh were suspended for opposing the nomination of the party’s official candidate Ramji Gautam for the elections to the Rajya Sabha.

The BSP’s move comes a day after six of her party MLAs were reportedly met Samajwadi Party chief Akhilesh Yadav to switch the party. Four of them had filed an affidavit, said their signatures on the party candidate Gautam’s nomination for the Rajya Sabha polls had been forged.  Meanwhile, the suspended MLAs confirmed that they don’t have any plans to join any other party. However, the move turned out to be futile when seven of BSP MLAs opposed its official candidate Ramji Gautam’s nomination for the elections to the 10 Rajya Sabha seats from Uttar Pradesh that are falling vacant.

One of the BSP MLA said it is up to the party president to take whatever action she feels is right. Another BSP MLA, Hakim Lal Bind, said her decision is acceptable and welcomed. She is the party president and has all the rights to take appropriate actions against the Rebel MLAs. He said only the time will tell whom the MLAs have to meet in the future.

Earlier, Mayawati had said she withdrew the state guesthouse case in the interest of alliance. She said withdrawing state guest house case 1995 was a mistake in her life. On the request of SP chief Akhilesh Yadav, the BSP withdrew the infamous state guesthouse case against Mulayam Singh Yadav. The BSP and the SP had contested together as the Mahagathbandhan against the BJP in the Lok Sabha elections 2019. She also blamed the Samajwadi Party for being anti-Dalit.

Elections to 10 Uttar Pradesh seats in the Rajya Sabha and 11 seats in the state’s Legislative Council are due over the next few months.