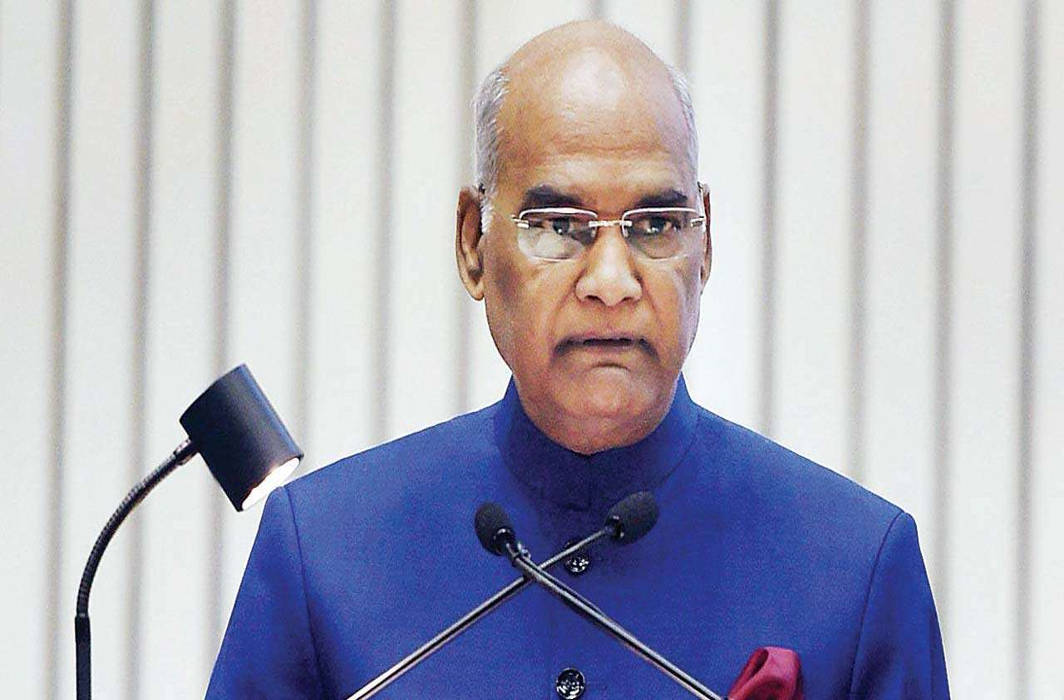 The Budget Session began today (Thursday, January 31), with President Ram Nath Kovind addressing the joint sitting of members of both the Houses of Parliament.

While addressing the members, President Kovind listed the Modi government’s achievements over the last four-and-a-half years.

He said that over nine crore toilets were built under Narendra Modi’s flagship Swachh Bharat Mission. “I am happy to inform you that the benefits of government’s schemes are reaching poorest of the poor,” Kovind said.

President Ram Nath Kovind: We know that expenses on health makes a poor even poorer. My govt understood this & started Ayushman Bharat Yojana. In last 4 months more than 10 Lakh poor people availed health benefits in hospitals under this scheme. pic.twitter.com/IJVqFnRE0j

The Modi government, under the Ujjwala scheme, had issued more than six crore gas connections, said President Kovind. “Most of our mothers, sisters and daughters would remain sick because of the smoke released from stoves and thus, the health of the whole family would be affected. In only four and a half years, my government has added a total of 13 crore households to the gas connection,” Kovind said.

In the last four years, more than 1 crore 30 lakh houses have been built under the government’s rural housing scheme, he said.

Further, he said, “Because of the government’s Jan Dhan Yojana, bank accounts of over 34 crore people have been opened in the country and almost every family has been linked to the banking system.”

On manufacturing, he said: “I am happy to inform that under the government’s ‘Make In India’ initiative, India has become the world’s second largest manufacturer of mobile phones.”

President: Compromising with security needs is not in interest of present & future of country. New deals in last year, purchase of defence equipment raised morale of defence. After decades, Indian Air Force will use ultramodern Rafale aircraft in coming months&strengthen itself. pic.twitter.com/UvETm6GcEJ

Vice President Venkaiah Naidu also addressed the parliament and the leader said, “Blessings of 130 crore Indians, my govt has commenced a journey towards building a ‘new India’.”

Vice President M Venkaiah Naidu - ...where every child progresses in life without any deprivation, where every daughter feels safe, where every person gets justice with dignity, a new India which commands the respect of the entire world. https://t.co/4NvrW1mdww

On Friday, day two of the session, interim Finance Minister Piyush Goyal will present Modi government’s sixth and final Budget, which will be an interim one, keeping up with established tradition.