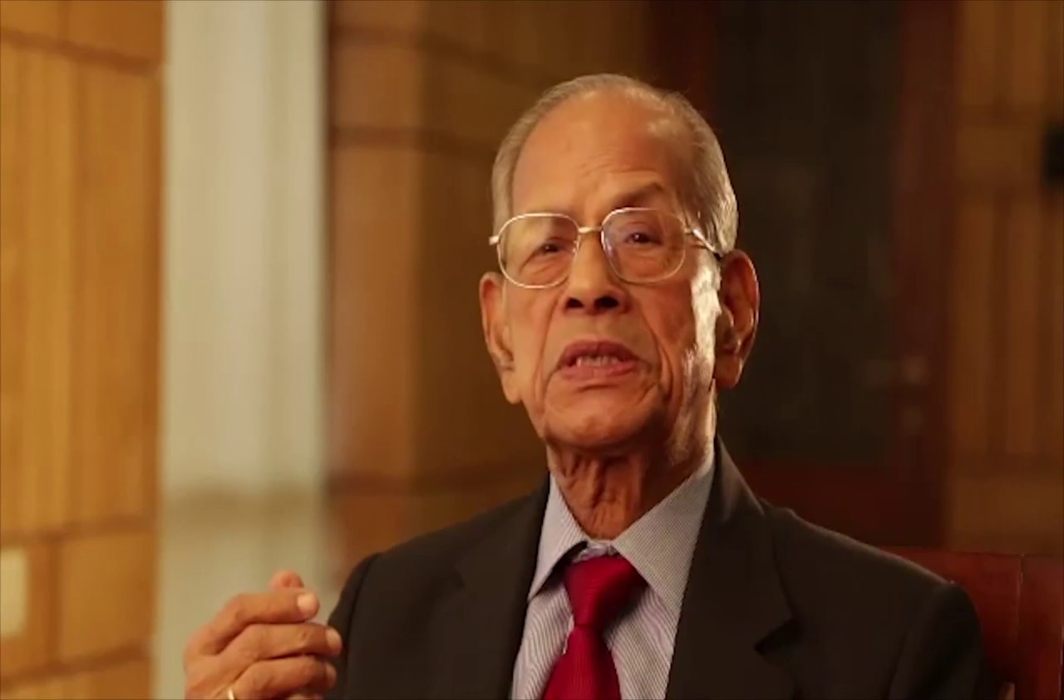 Prime Minister Narendra Modi’s ambitious bullet train project has been dubbed as “expensive and beyond the reach of ordinary people” and one that “will cater only to the elite community” by E Sreedharan, popularly known as the Metro Man of the country.

Notably, his comments come just a week after Modi government chose E Sreedharan to head a committee to lay down standards for metro rail systems in the country, said a report in The Economic Times (ET).

Sreedharan, in an interview to The Hindustan Times (HT), said bullet trains are beyond the reach of common man and that it will cater only to the elite community. Stating that the Indian Railways is 20 years behind those of advanced nations, he said what India needs is a modern, clean, safe and fast railway system.

Sreedharan said, “Bullet trains will cater only to the elite community. It is highly expensive and beyond the reach of ordinary people. What India needs is a modern, clean, safe and fast rail system.”

The Japan-backed Mumbai-Ahmedabad bullet train project costing $17 billion is expected to be constructed by August 2022. Modi has called the project crucial for his pet ‘Make in India’ campaign aimed at lifting the share of manufacturing in India’s $2 trillion economy. The government also hopes to generate hundreds of jobs through the train project.

The project has been questioned on other counts as well. Actor Nandita Das tweeted: “‏Sreedharan isn’t the only one who thinks the bullet train is a bad idea. So do farmers in South Gujarat.”

Sreedharan isn’t the only one who thinks the bullet train is a bad idea. So do farmers in South Gujarat. @AarefaJohari reports https://t.co/BaFISS3OLw

Sreedhanarn, 86, is a retired officer of the Indian Engineering Service and advisor to several Metro projects in India.

Refuting claims that the Indian Railways has made progress with bio-toilets, speed and cleanliness, Sreedharan said, “Apart from bio-toilets, there is no technical upgradation. Speed has not increased. In fact, the average speed of most prestigious trains has come down.”

Talking about train timings and late running of trains, he said, “Punctuality is worst – officially 70%, actually less than 50%.”

Speaking on the railway accidents and deaths, he said, “Accident record has not improved. Many also die on tracks, at level-crossings, in suburban sections. Almost 20,000 lives are lost on tracks yearly. I feel Indian Railways is 20 years behind those of advanced nations.”