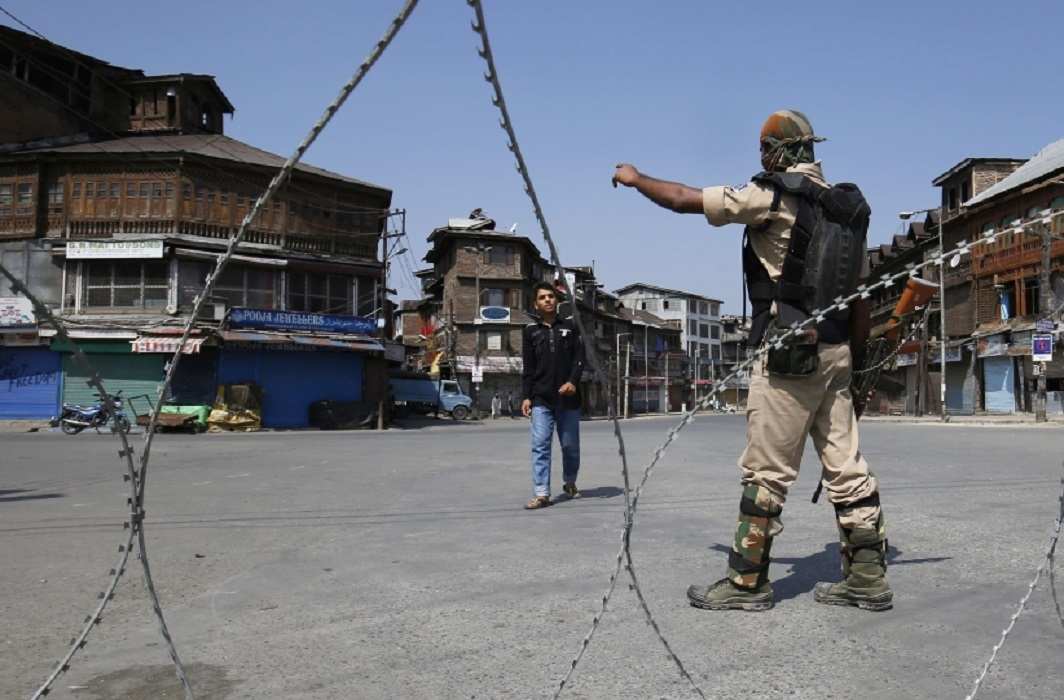 Kashmir witnessed a few incidents of violence, both inside and along the border, early on Saturday even as authorities claim to be fully prepared to maintain peace in the valley on the first anniversary of killing of Hizbul Mujahideen commander Burhan Wani.

Two people, a soldier and his wife, were killed and a few others suffered injuries in Pakistani shelling on the line of Control in Jammu and Kashmir’s Poonch district early on Saturday morning.

The soldier, Mohammad Showkat had come home on leave.

Earlier in the day, three Army Jawans were injured in a terrorist attack at Bandipora. The police described it as a “sneak attack on the vehicles of a road opening party”. A search operation was launched in the area after the attack.

In a bid to maintain peace in the valley, authorities have deployed police and paramilitary personnel in large numbers across Kashmir. Serious restrictions have also been imposed.

“We are well prepared to handle any situation in Kashmir. We have sent 214 companies of central forces to control any situation which may arise on July 8 and during Amarnath yatra,” Union Home Secretary Rajiv Mehrishi had said on Friday.

Wani’s native town, Tral, is under curfew to foil separatists’ plan to hold a rally to mark the first anniversary of the killing of Burhan Wani. The separatist camp had urged people to march to Tral to pay tribute to Wani.

Restrictions have been imposed on the movement of people in other parts of the valley.

Considering the volatile situation in the valley, no fresh batch of Amarnath Yatris was allowed to leave Yatri Niwas base camp for the cave shrine on Saturday.

Wani became the face of insurgency in Kashmir after being killed by security forces on July 8 last year. His death had triggered massive protests and prolonged period of curfews and shutdowns across the Valley.

Not only in Kashmir, a rally under the banner “Kashmir rally” was also proposed in London to commemorate the death of Burhan Wani. However, the authorities there later withdrew permission following a strong protest by the Indian government.