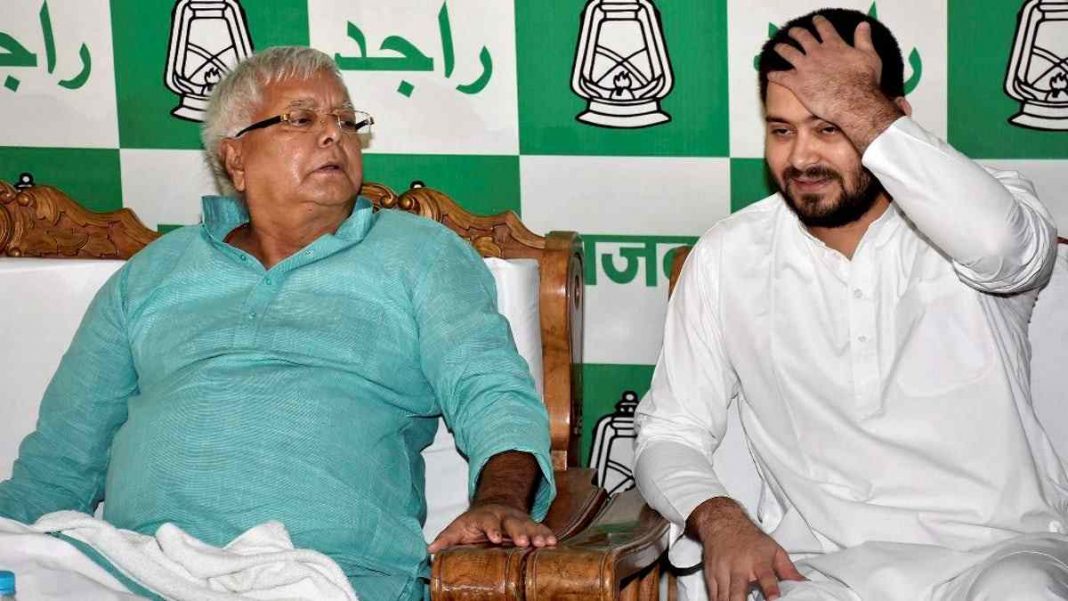 The Central Bureau of Investigation’s (CBI) hopes of interrogating former union railway minister Lalu Prasad Yadav over his alleged role in the hotel-for-land scam on September 11 has hit a hurdle. The Rashtriya Janata Dal (RJD) chief is learnt to have told the premier investigation agency that he needs more time to appear before it as he is “busy” defending himself in the ongoing trial against him in the fodder scam cases in which he had been convicted.

The CBI had, on Thursday, asked Lalu to appear before it in New Delhi on September 11 while his son, former Bihar deputy chief minister Tejashwi was asked to come in for questioning the next day.

Sources said Tejashwi too has informed the CBI that due to his “prior political commitments” he will not be able to come for questioning on September 12 and has sought more time from the agency to appear before it.

Lalu’s lawyers have reportedly informed the CBI that court proceedings in one of the fodder scam related cases are scheduled for next week and the RJD chief is required to be present for them as defence witnesses will be deposing during these hearings.

Lalu – convicted in a fodder scam following which he lost his seat in the Lok Sabha and the right to contest elections – continues to face legal troubles. One of the five fodder scam cases against him has been reopened. Following a Supreme Court order on May 9, 2017 to complete the trial within nine months, the special CBI courts have begun hearing the cases on priority basis. Prasad has had to travel to Jharkhand to appear before different courts on a weekly basis.

The hotels-for-land scam, which allegedly took place when Lalu was the union railway minister in Dr Manmohan Singh UPA-I government, has come as the latest legal trouble not just for the RJD chief but also his family members. It was after Tejashwi’s name figured in the CBI’s list of suspected beneficiaries in the scam that the RJD-JDU-Congress Mahagathbandhan government in Bihar collapsed as chief minister Nitish Kumar resigned after his purported attempts to get Tejashwi to step down on moral grounds failed to yield fruit. Kumar had promptly joined hands with the BJP to return as the state’s chief minister while Tejashwi has, since, become the leader of Opposition in the Bihar Assembly.

Both Lalu and Tejashwi have maintained that the allegations against them in the hotel-for-land scam are “politically motivated” and that the ruling BJP government at the Centre was using the CBI against them because of their vocal opposition to Prime Minister Narendra Modi and his party.

During the NDA regime under Prime Minister Atal Bihari Vajpayee, the government had decided to hand over management of catering services of railway hotels to IRCTC.

It is alleged in the CBI’s FIR that when the UPA-I government under Dr Manmohan Singh came to power in 2004 and Lalu Prasad was appointed Union railway minister, he entered into a criminal conspiracy with the Kochhars (owners of Sujata Hotel), Sarla Gupta and some yet unidentified IRCTC officials to earn “undue pecuniary” benefits.

The Kochhars then allegedly sold three acres of premium land in Patna for Rs 1.47 crore to Delight Marketing on February 25, 2005 – a price that was way below the then prevailing circle rate.

Between 2010 and 2014, the ownership of Delight Marketing was transferred from Sarla Gupta to Lara Projects owned by Rabri Devi and Tejashwi Yadav. Lalu Prasad had at the time ceased to be a Union minister as his party was not part of the UPA government. The value of the Patna land had also spiralled to Rs 32.5 crore as per the circle rate prevailing at the time, the CBI has claimed.