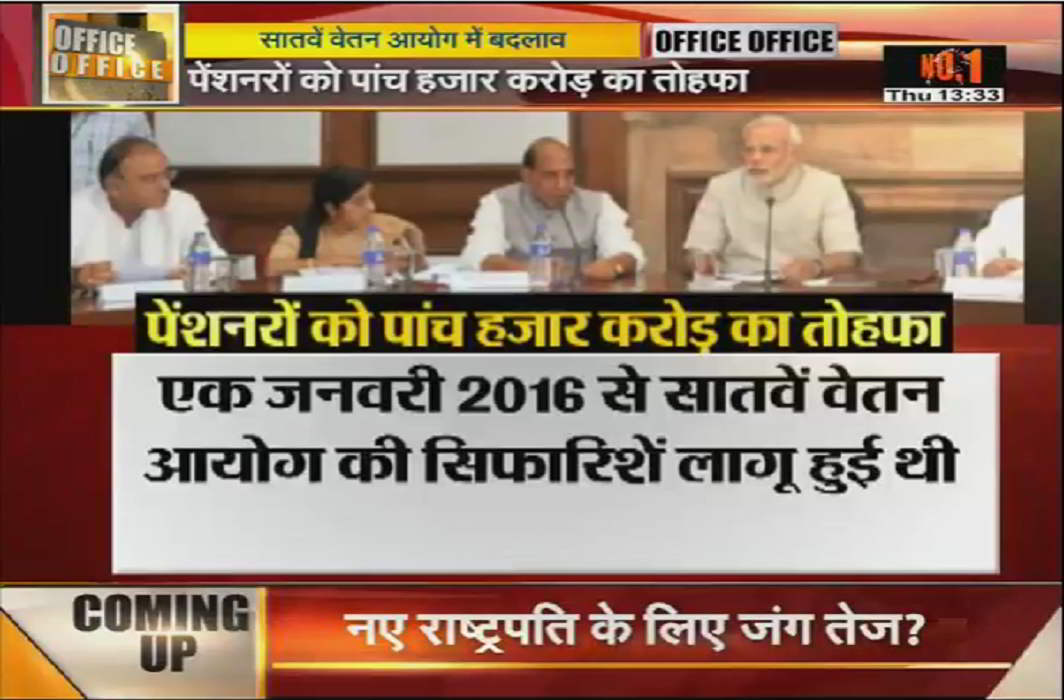 This will apply for civil, defence and family pensioners who retired before 2016.

The Central government has approved the implementation of the modifications to the Seventh Pay Commission recommendations on pay and pension benefits. This will result in additional benefits to over 55 lakh employees who retired before 2016. The beneficiaries include civil and defence pensioners and family pensioners.

APN carried a report on the Cabinet’s remedial action in its Office, Office show on May 4.
The cabinet decision will entail additional expenditure of about Rs 5,031 crore for 2016-17 over and above the expenditure budgeted for. After implementation of the modifications, the annual pension bill of the Central government is likely to be go upto Rs 1,76,071 crore.

The committee chaired by Secretary (Pension) had recommended the modification for resolving the issues which emerged after the new formula of calculating pension in the 7th Pay Commission recommendations. The Committee was constituted in June 2016 after the government implemented the recommendations.