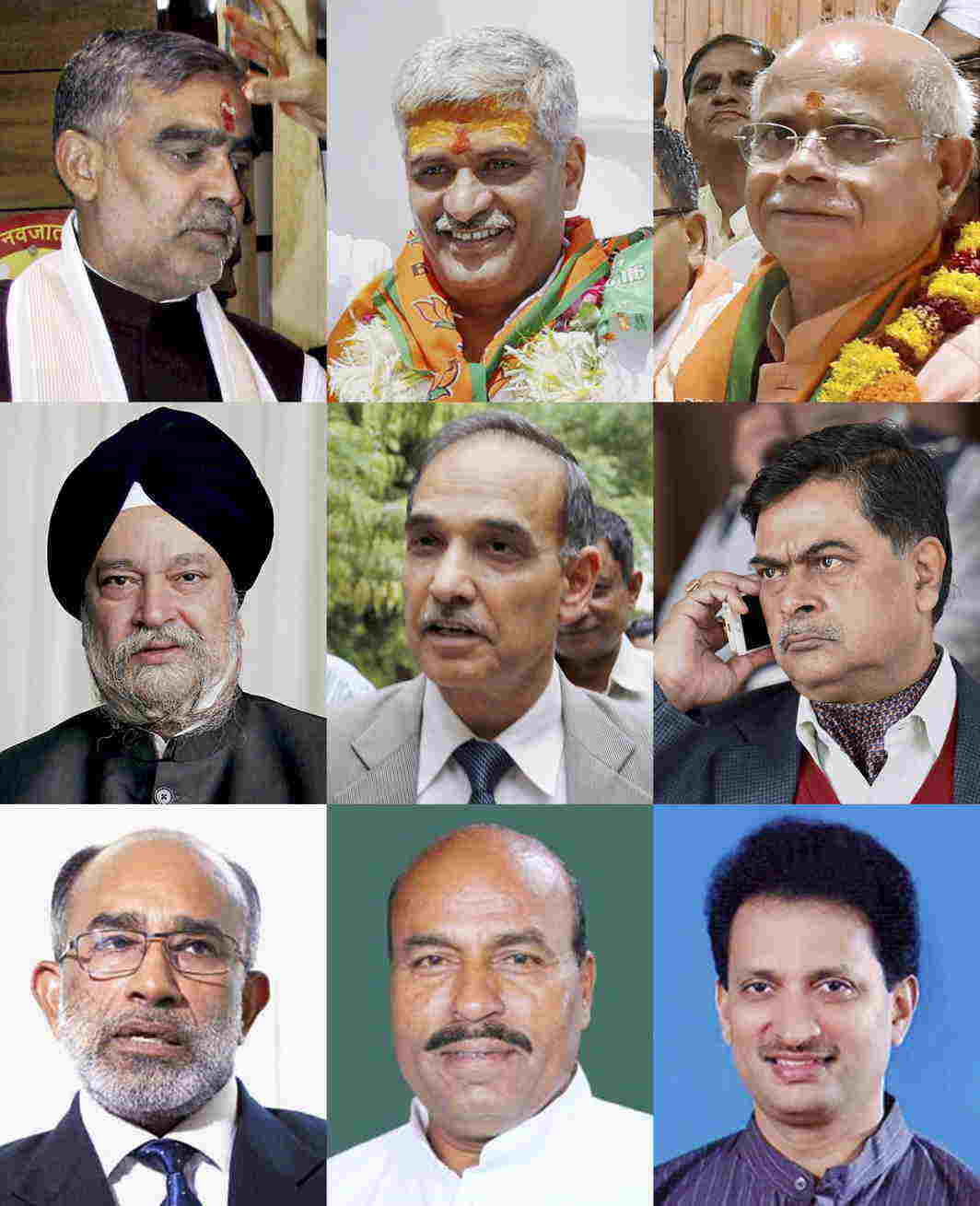 Of the nine new junior ministers inducted in the council of ministers, 4 are former bureaucrats. Caste equations, politics and regional representation also addressed in rejig

As Prime Minister Narendra Modi finally expanded his council of ministers, on Sunday, he once again lived up to his reputation of being unpredictable in his political decisions. Nearly all media organisations who had been predicting various names of possible gainers and losers were proved wrong in a substantive measure as nine new ministers of state – four of whom are former bureaucrats – were sworn-in to the council of ministers by President Ram Nath Kovind at the Rashtrapati Bhawan.

The new inductions left many stunned – not for the futility of the exercise but for the fact that the Prime Minister finally managed to give an impression that he is serious about governance. However, the promotion of ministers of state with independent charge – Dharmendra Pradhan, Piyush Goyal, Nirmala Sitharaman and Mukhtar Abbas Naqvi – to a cabinet rank was almost on expected lines.

The nine junior ministers inducted into the council of ministers are Rajya Sabha MP from Uttar Pradesh, Shiv Pratap Shukla, Lok Sabha MPs Ashwini Kumar Chaubey (from Buxar, Bihar), Virendra Kumar (Tikamgarh, MP), Anant Kumar Hegde (Uttara Kannada, Karnataka), Gajendra Singh Shekhawat (Jodhpur, Rajasthan), RK Singh (Arrah, Bihar) and Satyapal Singh (Baghpat, UP) along with KJ Alphons and Hardeep Singh Puri – both of whom are currently not members of either House of Parliament and are likely to be inducted into the Rajya Sabha within the next six months.

The induction of RK Singh, Satyapal Singh, KJ Alphons and Hardeep Puri signals towards Modi’s emphasis on choosing people who understand the complex ropes of bureaucracy and governance. While RK Singh and KJ Alphons are both former IAS officers who have had a distinguished track record, Satyapal Singh is a former IPS officer who has served as Commissioner of Mumbai Police and Hardeep Puri is a former IFS officer who has played important roles at various international forums including the United Nations.

The induction of Puri and Alphons along with the elevation of Naqvi to a cabinet rank also is an effort by the Modi to project his willingness to accommodate minority representation in the council of ministers. Also, Alphons could help the BJP expand its base in Kerala – a state where the saffron party has been desperate to make inroads – as he is known to have excellent relations within the politically significant Syrian Christian community of the state and also the Church which plays an important role in Kerala politics.

The ministers who were elevated to cabinet rank were all found to be good performers in the review of the work of various ministers in the Prime Minister’s council that was carried out by Modi and BJP national president Amit Shah in the run up to the cabinet expansion. While Dharmendra Pradhan’s performance as petroleum minister had won Modi’s attention as he was successful in implementing the Prime Minister’s pet schemes like Ujjwala Yojana, Piyush Goyal’s role in the energy ministry has been termed by observers as proactive and innovative.

Similarly, Sitharaman was seen not only as an above par performer in the Commerce portfolio but also as someone the BJP can use as its political face in Tamil Nadu – which like Kerala has negligible BJP presence at the moment – and for articulating the government’s agenda before the media as she has also served as the party’s spokesperson in the past. Sitharaman, along with finance minister Arun Jaitley, is also in-charge of the BJP’s poll strategy for the upcoming Gujarat Assembly elections.

Though Mukhtar Abbas Naqvi’s performance as minority affairs minister has not seen any significant initiatives, he had proved himself to be a capable minister for parliamentary affairs, especially while countering the Opposition on minority-related issues of mob lynchings, beef ban, changing names of roads and railway stations from their Mughal (read Muslim) origin to those that were in line with the Centre’s Hindutva ideology.

The speculation that ministers of state Rajyavardhan Rathore and Jitendra Singh, who were also seen as good performers in their respective ministries, would be elevated proved to be ravings in the grapevine. Ditto for the buzz around the resignation of water resources minister Uma Bharati, who according to sources, had made it a point to send clear signals to the Modi-Shah duo that any attempt to oust her from the cabinet would result in her sabotaging the party through controversial statements.

Governance aside, Modi has made it a point to not ignore politically crucial issues like caste equations and regional representation while expanding his cabinet.

The induction of Shiv Pratap Shukla as a junior minister is an attempt to maintain the balance of Brahmin and Rajput representation from Uttar Pradesh. Shukla is a BJP veteran who hails from UP chief minister Yogi Adityanath’s constituency of Gorakhpur and is a prominent Brahmin face of the party locally.

Similarly, the induction of Ashwini Chaubey and RK Singh is meant to give greater representation to Bihar where the BJP has recently returned to power in coalition with Nitish Kumar’s JD (U).

The induction of Virendra Kumar, Gajendra Shekhawat and Anant Kumar Hegde has evidently been done keeping in mind the Assembly elections that are due in Madhya Pradesh, Rajasthan and Karnataka respectively over the next 14 months.

Although there was speculation that JD (U) along with AIADMK could get representation in the Union council of ministers, sources said that given the vociferous factional feuds in both these parties, Modi and Shah thought it fit to wait for these fights to resolve before asking their leaders to join the central government. The cabinet expansion only included members from the BJP and Modi once again spurned ally Shiv Sena’s hope of getting an additional cabinet berth or two ministers of state.

The JD (U) and Shiv Sena both called Sunday’s exercise as “an internal reshuffle of the BJP”, with Shiv Sena leaders Sanjay Raut even indicating the party’s displeasure at not getting a berth in the reshuffle by speculating that “this is possibly the BJP’s arrogance of having a majority”.