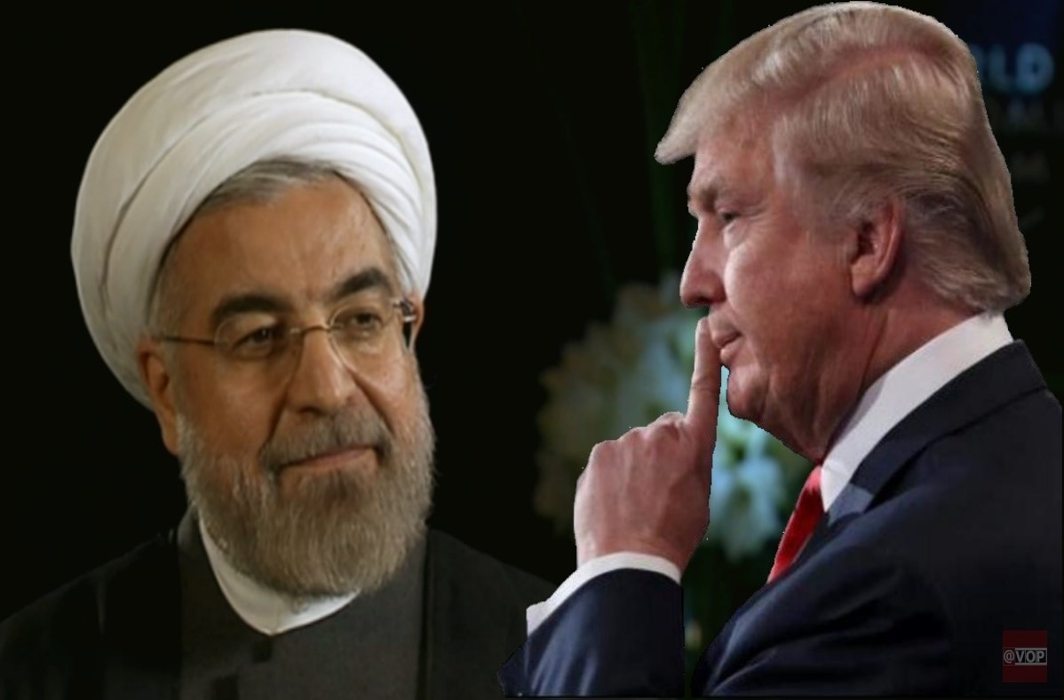 The New York Times Op-Ed page headline said it all:

“I Helped Sell the False Choice of War Once. It’s Happening Again.” The column written by Col. Lawrence Wilkerson appeared on February 5, 2018. The date is significant because exactly 15 years ago, on February 5, 2003, Colin Powell, former Secretary of State, spoke at the UN, making out a case for a pre emptive war with Iraq. Remember those satellite pictures, sinister vehicular movement, “confirming” the presence of Weapons of Mass Destruction in that blighted country.

Powell’s Chief of Staff who actually helped draft the speech was Lawrence Wilkerson, now a much chastened man. He learnt the hard way that both he and his boss Powell had been set on a Fool’s Errand by the Intelligence community. There were no WMD’s in Iraq.

The “war of choice” with Iraq “resulted in catastrophic losses for the region and the US-led coalition,that destabilized the entire Middle East”, he says.

Wilkerson, the perennial insider, then draws comparisons with the current mood in Washington.

“Just over a month ago, the US ambassador to the UN, Nikki Haley, said that the administration had ‘undeniable’ evidence that Iran was not complying with the Security Council Resolutions regarding its ballistic missile programme and Yemen. Just like Mr. Powell, Ms. Haley showed satellite images and other physical evidence available only to the US Intelligence community to prove her case.”

“It’s astonishing how similar that moment was to Powell’s 2003 presentation.”

For obvious reasons, in his New York Times article, Wilkerson is circumspect. He does not name Israel as driving President Trump’s policies. But speaking at National Press Club, he is much more unfettered and direct in answering the basic question: who is pushing America into a conflict with Iran?

“Avigdor Lieberman (Israeli Defence Minister) and Benjamin Netanyahu and their acolytes in this country (US), among whom I put Nikki Haley – they have determined that it would be best if American troops also participated in the overthrow of the Tehran regime.”

Wilkerson is full of admiration for the Israeli Defence Forces which could handle “anything Iran threw at it militarily”. Also, “Israel’s 200 nuclear weapons could decimate Iran”. Wilkerson then asks: “so, why this attempt to suck America into this conflict?” He puts it down to “crass opportunism” – “better to squander your ally’s blood and treasure than your own.”

It is possible to argue that if Wilkerson went along with the exaggerations in 2003, what is the guarantee that he is not once again exaggerating present dangers?

There is nothing about the present White House that leaves one sanguine on any count. It would be rank bad form to compare the President of the United States with Caligula but folks are making that comparison to good effect. Caligula elevated his horse to a cabinet rank. Donald Trump has committed no such misdemeanor thus far. But no one can bet on the future.

While his buddies across the Atlantic are in convulsions over Putin dispensing nerve agents on the streets of Britain, Trump has made a quiet telephonic contact with the same Russian gent. No one can make out whether he is cooing or barking on the telephone line.

Washington’s current policy towards Iran, which carries Trump’s son-in-law Jared Kushner’s imprimatur, is quite transparent: leave it outside the regional order the US seeks to impose in West Asia (Middle East). And then defang Iran in every possible way, including military action.

This is the exact opposite of the order Barack Obama-John Kerry had sketched for the region.

The 2015 nuclear deal with Iran was signed within a certain conceptual framework. Pivot to Asia had acquired greater saliency in Obama’s scheme. China’s extraordinary rise required the US to pay greater attention to the Pacific region. This entailed that day to day supervision of West Asian affairs by the US would no longer be possible.

The US was not running away from its West Asian responsibilities. The legitimacy conferred on Iran after the nuclear deal made it a key player in the new West Asian balance of power which Washington was proposing. Other players in this arrangement would be Egypt, Israel, Saudi Arabia, Turkey and Qatar. But Saudi Arabia and Israel, sleeping in the same bed in Syria, were totally averse to having Iran as a player in the new West Asian balance. It was galling for the Israeli-Saudi duet when Russia with the help of Iran–controlled militias and Turkey’s switch in favour of Assad, turned the tide in Syria.

This is when Trump appeared in the White House, not quite Caligula incarnate but more or less there. As candidate he had told Jake Tapper of the CNN that billions of dollars had been given to groups in Syria who may well have been the Islamic State. “I think they were the Islamic state”, he said with certainty. The interview is available on youtube.

Instead of wasting money on questionable groups, Trump has fallen back on a strategy closest to his heart: making money. Towards this end he has American boots on the ground in Syria for which a prohibitive bill will be submitted to an embattled, Saudi King-to-be, running helter skelter between Yemen, Syria, Qatif and the occupants of Riyadh’s Ritz Carlton hotel.

Mohammad bin Salman is not a comforting sight to a Benjamin Netanyahu, on sixes and sevens with the noose of corruption allegations tightening around his neck. Meanwhile, Syria, Hezbollah, Hamas, Iran axis continue to menace.

Might Trump, in search of some success, be pushed into a pre emptive war on Iran? Can he at a time that Putin is glaring at him, eye-ball to eye-ball? True, key appointments around him can only add to Trump’s recklessness and hawk of hawks Nikki Haley is not budging from her position.

If he goes down that route he should glance at the elementary data Wilkerson has furnished: Polls show at least 4 billion people think we’re (the US) the number one threat to their security in the world; think about that for a minute – “We’ve already done Iraq, Libya, Afghanistan and Syria. We’d just be seen as continuing trend if we embark on Iran”. Is this to be America’s lasting heritage?