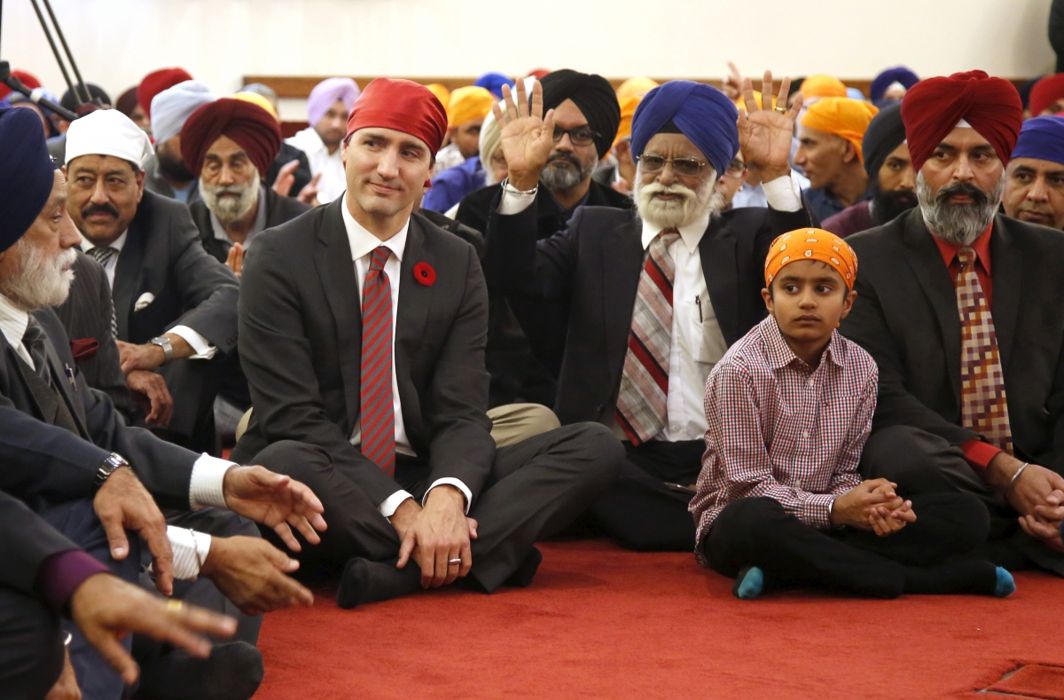 Canadian government  was on Wednesday in “damage control mode”  when its Indian born Defence Minister Harjit Sajjan called Outlook magazine’s accusations as “ridiculous” and “offensive” that Canada was complicit in rising the Sikh terrorism.

The controversy has triggered at a time when Canadian PM Justin Trudeau is scheduled to visit India from February 17 to 23. During his six day long trip, he will also visit Agra, Amritsar, Ahmedabad and Mumbai. Apart from his meetings with Indian leadership, he will participate in several business roundtables to promote trade and investment between the two countries.

The Canadian Defence Minister Harjit Sajjan and another Sikh minister Amarjit Sohi  have made it clear that they neither sympathize with, nor espouse the Sikh nationalist movement demanding for  a separate country called Khalistan within India’s Punjab region.

Sajjan said that the accusation is “ridiculous” and Canada is being “sucked into” internal Indian politics. He reportedly said on Wednesday, “I’ve been a police officer, I’ve served my country and any allegation like that is absolutely ridiculous and I find it extremely offensive as well.”

Outlook magazine, in its February 12 edition features a photo of Trudeau and a headline on the cover that reads, “Khalistan-II: Made in Canada.”

The magazine, through its articles, has  described the alleged connections between Canada and the Sikh movement and accused Canadian Sikh community of exploiting country’s political system and blame free speech for allowing fundamentalist language to flourish.

Amarjit Sohi, the infrastructure minister has also clarified that he does not sympathize with the cause, nor does he hear much talk about it in the Sikh community.

“If there is a small segment of people in Canada who talk about separation, who talk about the creation of Khalistan, if they do that in a peaceful way that is their right to do so but this is not an issue that I hear in the community,” Sohi said.

There are about 4.7 lakh Sikhs in Canada where 16 MPs of Sikh origin were elected in 2015. There are four Sikhs in the federal cabinet, including Sajjan and Sohi.

Outlook blames Canada’s allowance for free speech about human rights for giving “free reign” to more fundamentalist language that has led to the “radical capture of key Gurdwaras.”

CBC News reports that an unnamed source in the Canadian Prime Minister’s Office has played down the impact the issue is going to have on Trudeau’s India trip. He said that it will come up but will not be a focus during the visit.

The source further said that if pressed, Trudeau — who leaves for India next week — will “stand up for free speech and also reiterate Canada’s policy in favour of a united India.”