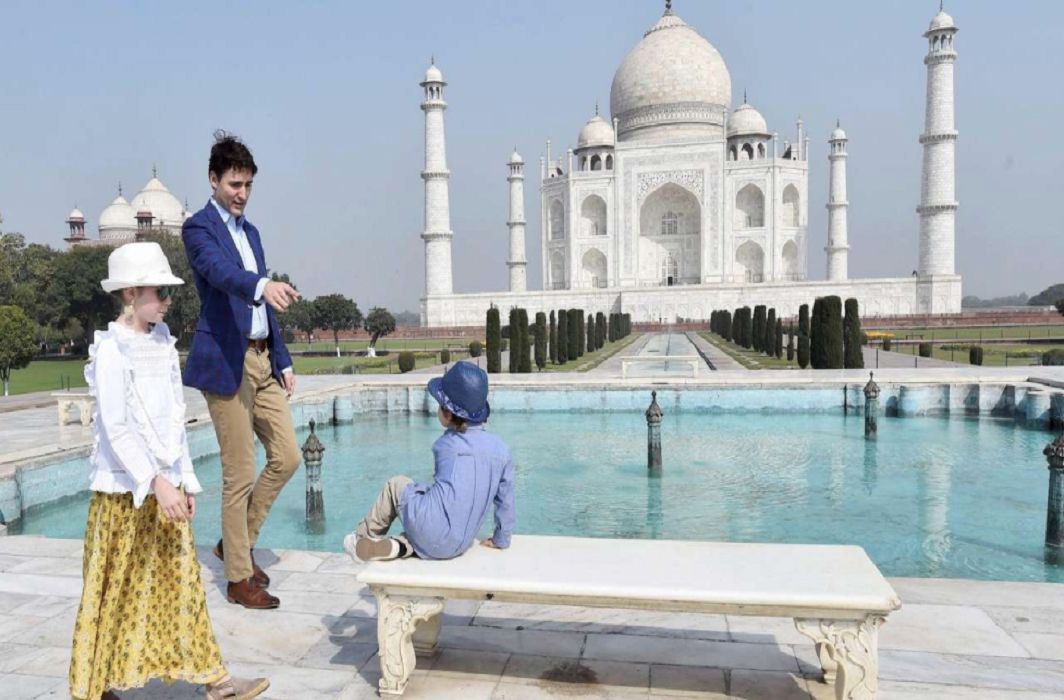 The eight-day long state visit of Canadian Prime Minister Justin Trudeau to India has gone through rough weather while Canadians consider that New Delhi is snubbing him over his perceived support to Sikh separatists.

Trudeau was received by MoS Agriculture-Gajendra Singh Shekhawat on Saturday. He visited Taj Mahal in Agra and Wildlife sanctuary in Mathura on Sunday. On Monday, Canadian leader visited Gandhinagar and will head to Mumbai in the evening, from where he will fly to Amritsar.

On Thursday, Trudeau will return to the capital and will meet President, Prime Minister and Minister of External Affairs on Friday. He will return to his home country on Saturday.

According to Canadians, their PM’s visit to India could not create a ripple because New Delhi is very openly snubbing him over his perceived support for Sikh separatists in his country.

For one, PM Narendra Modi did not go to the airport to receive the Canadian head of state. Candice Malcolm, a columnist for the Canadian publication Toronto Sun has pointed out the stark contrast between how other heads of state have been received in India versus how Trudeau has not.

Regardless of the views of our misguided Prime Minister Justin Trudeau, the people of Canada support a united India.

We oppose and condemn KhalistanI radicals and Islamist terrorists.

As if that wasn’t bad enough, whom did the Centre send to the airport to receive Trudeau? Junior agriculture minister Gajendra Singh Shekhawat, who is, as one Canadian put it, like a (mere) “parliamentary secretary in Canada”.

Then, Trudeau, his wife Sophie Gregoire Trudeau, and their brood of three visited the Taj Mahal on Sunday while Uttar Pradesh chief  minister  Adityanath was nowhere in sight. Just a month ago UP CM Adityanath Yogi escorted  Israeli Prime Minister Benjamin Netanyahu  during Taj visit. However, the Canadian PM was received at Agra by district level officials.

Many say that the Centre’s absence of pomp and ceremony is an indication of its displeasure with Trudeau for appointing Cabinet ministers with links allegedly to the Sikh separatist movement.

Trudeau has four Sikh cabinet ministers – Harjit Sajjan, Amarjeet Sohi, Navdeep Bains and Bardish Chagger. Sohi said earlier this month that he’s neither sympathetic to nor against the Khalistan movement.

“If there is a small segment of people in Canada who talk about separation, who talk about the creation of Khalistan if they do that in a peaceful way that is their right to do so but this is not an issue that I hear in the community,” said Amarjit Sohi, one of the Canadian Ministers of Indian origin.

Canadian columnist Malcolm did not take kindly to this statement. She wondered whether newcomers to Canada were “entitled” to support foreign extremist organizations.

However, Malcolm believes Trudeau must denounce Khalistani extremists publicly, while in India, and should apologize to Amarinder. Another Canadian opposition leader, Jagmeet Singh, must also “denounce Khalistani radicals”, she added.

On February 8, Indian born Canadian Defence Minister Harjit Sajjan called Outlook magazine’s accusations as “ridiculous” and “offensive” that Canada was complicit in rising the Sikh extremism in that country.