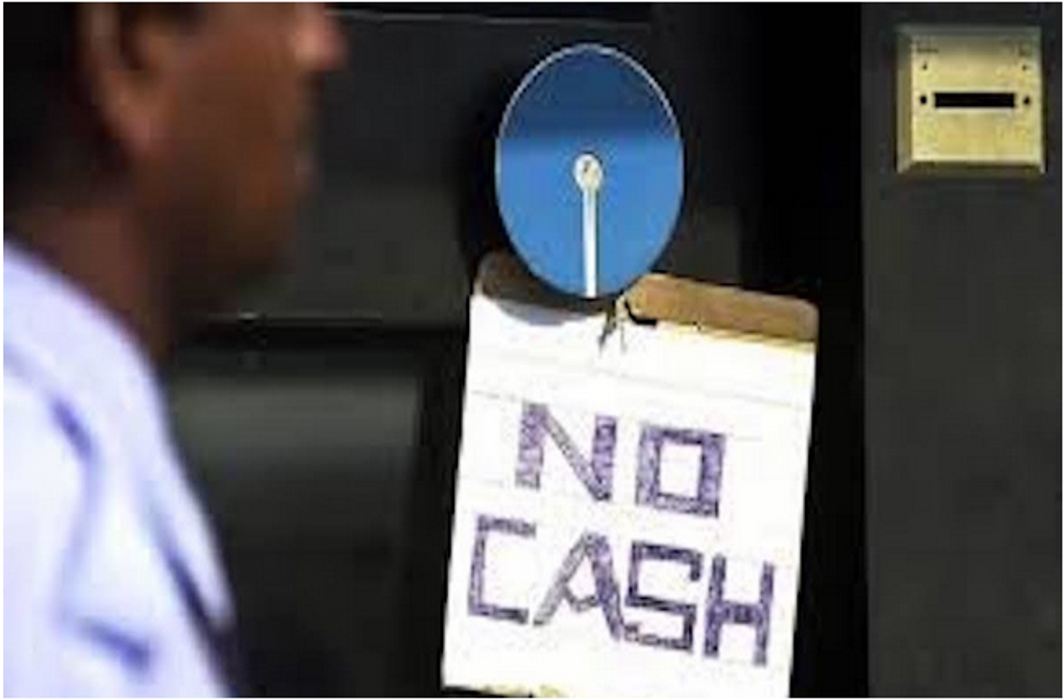 For many in India, it is back to demonetisation days and cashless transactions as automated teller machines (ATMs) in many states running out of money.

Reserve Bank of India (RBI) found that the rate of cash withdrawal was much higher than the rate of cash deposits in AP, Bihar, Karnataka, Maharashtra, Rajasthan, UP, MP and Telangana, among other states. The RBI on Tuesday, April 17, formed a committee to tide over the crisis.

Complaints of cash crunch have been reported from semi-urban and rural regions of the states.

Union Finance Minister Arun Jaitley blamed the “temporary shortage” of cash on the “sudden and unusual increase” in withdrawals in some areas. “Have reviewed the currency situation in the country. Over all there is more than adequate currency in circulation and also available with the Banks. The temporary shortage caused by ‘sudden and unusual increase’ in some areas is being tackled quickly,” Jaitley tweeted.

Minister of State in Finance Shiv Pratap Shukla told TV channels: “There is an issue of disparity. Some states have less currency and the others have more. Government has formed state-wise committee and RBI has also formed a committee to transfer currency from one state to the other. In two-three days, this problem will be resolved.”

The Finance Ministry said in a statement: “There has been unusual spurt in currency demand in the country in last three months. In the current month, in the first 13 days itself, the currency supply increased by Rs.45000 crores. This unusual spurt in demand is seen more in some parts of the country like Andhra Pradesh, Telangana, Karnataka, MP and Bihar. The Government of India with the Reserve Bank of India have taken all steps to meet this unusual demand. We had adequate reserves of currency notes which have been used to meet fully the extraordinary demand generated so far.”

The government said it was going to print five times more currency notes. “We print about 500 crores of Rs 500 notes per day. We have taken steps to raise this production by five times. In the next couple of days, we’ll have a supply of about 2500 crore of Rs 500 notes per day. In a month, supply would be about 70000-75000 crore,” ANI quoted SC Garg, Secretary, Department of Economic Affairs as saying.

Congress President Rahul Gandhi, reacting to the reports, blamed Prime Minister Narendra Modi for “destroying” the banking system. “Modi Ji has destroyed the banking system. Nirav Modi fled with Rs 30,000 crore and PM didn’t utter a word. We were forced to stand in queues as he snatched 500-1000 rupee notes from our pockets and put in Nirav Modi’s pocket,” Rahul Gandhi told ANI.

Gujarat deputy chief minister Nitin Patel told a newspaper few days back that the state is in touch with the RBI to resolve the issue of cash crunch.

“In Gujarat, the currency chests were not getting adequate supply of cash from the RBI,” said an executive director of a public sector bank.

In Bihar, ATMs dried up in north Bihar due to issues related to transportation of cash from currency chests located in other parts of the state, officials said.

The Manipur government also wrote a letter to the finance ministry apprising them of acute shortage of cash in the state.

Senior finance ministry officials, who held a meeting with RBI’s currency circulation division, banks and state government officials on Thursday, blamed the shortage of cash to various factors, including mismanagement of cash flow by banks, recalibration of ATMs to support the new currency notes, and logistical issues.

Public sector bank executives also said there is a spurt in demand for cash to make payments for agricultural activities as well.

The Indian Express (IE) reported earlier this month that rumours that the Financial Resolution and Deposit Insurance (FRDI) Bill, proposed last June, will cause losses to depositors if their bank goes bankrupt had allegedly led to heavy withdrawals. It cited bank officials’ statements that people have been withdrawing cash more than they require at the beginning of the month. They blamed the cash shortage over fewer deposits and more withdrawals.

The IE quoted State Bank of India (SBI) regional manager, Visakhapatnam, H Purnima, as saying that this is a phenomenon experienced by all banks since November 2017. “We are unable to refill ATMs because people are not depositing in banks,” she told IE.

On Monday, Madhya Pradesh Chief Minister Shivraj Singh Chauhan claimed there was a conspiracy behind Rs 2000 notes disappearing from the market. Referring to reports of ATMs running out of cash at some places in the state, he said: “Currency worth Rs. 15,00,000 crore was in circulation before demonetisation. After the demonetisation exercise, the currency in circulation increased to Rs. 16,50,000 crore. But notes of Rs. 2,000 are missing from the market. Where these notes of Rs. 2,000 denomination are going, who are keeping them out of circulation? Who are the persons creating shortfall of cash? This is a conspiracy to create problems. The government will act tough on this.”