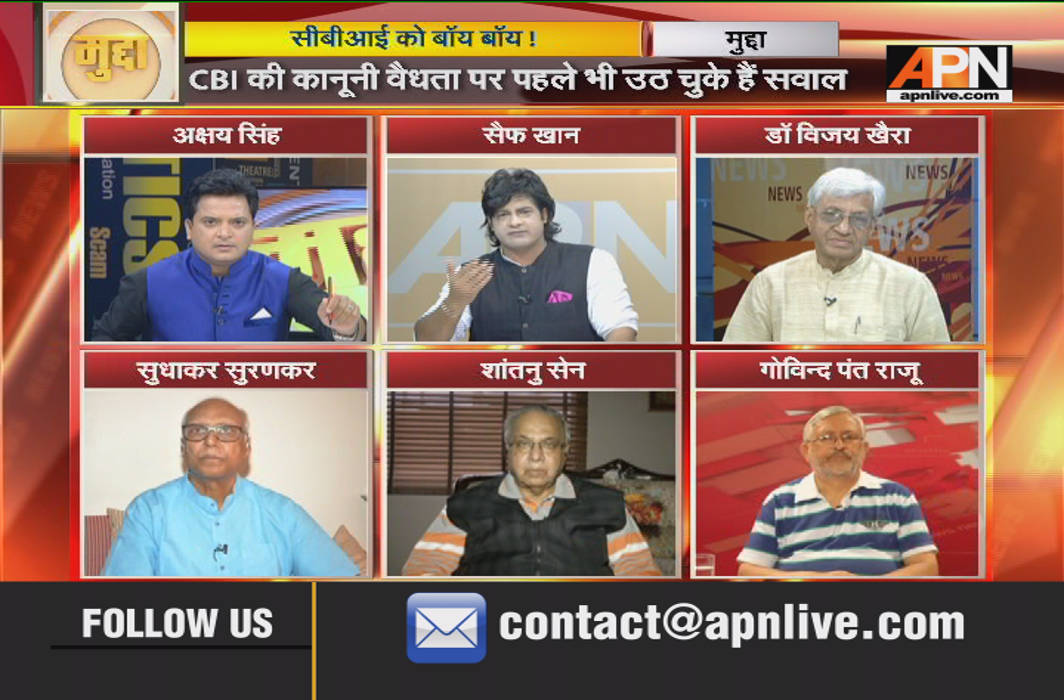 Experts divided on whether Andhra, Bengal move to keep agency out a political ploy, but agree on need for reform

Andhra Pradesh Chief Minister N Chandrababu Naidu and West Bengal CM Mamata Banerjee have barred the CBI from exercising its authority in their respective states. In 1989, the then-ruling Left Front West Bengal government had granted the CBI consent to investigate matters in the state.

As it happens, maintaining law and order is a state responsibility as ‘police’ is a State subject, and the jurisdiction to investigate crime lies with the state police exclusively. But the CBI, being a Union subject, may investigate offences against central government employees, or concerning affairs of the central government and employees of central public-sector undertakings and public-sector banks, cases involving the financial interests of the central government, breaches of central laws enforceable by the Government of India, major fraud or embezzlement, multi-state organised crime and multi-agency or international cases.

Additionally, the high courts and the Supreme Court have the powers to order a CBI investigation into an offence alleged to have been committed in a state without the state’s consent, as declared by a five-judge constitution bench of the Supreme Court in 2010.

Notably, at present, the agency has the general consent of only 10 states to investigate matters therein; in all other matters, it has to seek consent from the governments on a case-to-case basis.

The lively debate began with Khan holding that Naidu and Banerjee had taken a very necessary step, and that the CBI was indeed a compromised agency as seen from its appointment of Rakesh Asthana as acting director solely on the basis of his performance in the politically sensitive fodder scam, Godhra carnage and Hardik Patel sedition cases. “The department of personnel and training had shortlisted 40 persons, why were they not called for interview? Alok Verma’s appointment, too, is a political one,” he said.

Should India then proceed to dissolve CBI, asked Gaur. This made Sen launch into a spirited defence of the agency. “The aam aadmi is not saying this. It is not the people’s mandate. Banerjee’s and Naidu’s stances are just a political stunt. It is true that since 2000, there has been a lot of abuse of the CBI at the hands of various central governments. Still, no one has ever withdrawn a case from the CBI. The CBI made its name in the Blue Star Operation, Bombay blasts, Sukh Ram and Dayanidhi Maran cases. Even in the early years, it was due to the pressure exerted by the result of its investigations that Finance Minister TT Krishnamachari and Finance Secretary HM Patel had to resign,” he said. He proposed a CBI Act as a solution to prevent its abuse at the hands of the political powers to replace the Delhi Special Police Establishment Act. There should be a layer of offences created known as federal offences that will be probed by the CBI, he proposed, though he did not elaborate as to how it would make a difference to the present arrangement.

Dr Khera said that it would be a hasty call to close an entire department on the basis of “a turf war between two officials”. He also pointed out that the “caged parrot” controversy in 2013 happened during UPA’s tenure and the appointment of Justice AN Ray skipping Justices Jaishanker Manilal Shelat, AN Grover and KS Hegde was also the handiwork of the Congress government.

Trinamool spokesperson Prof. Manojit Mandal then came on the telephone line to say that the 2am intimation to Verma asking him to go on leave was quite scandalous. He, too, agreed that only a CBI Act could save the day.

To the disappointment of Khan, Raju, however, felt that Banerjee’s announcement was arbitrary and high-handed. “Tomorrow she will secede from the nation on the plea that she has no faith in Prime Minister Modi. Earlier, too, she had challenged deployment of the Army and the Seema Suraksha Bal in the state in separate instances but on the same ground. This is petty territorialism. Also, Chandrababu Naidu should answer on what his exact relationship with Sathish Sana is as there are records that Sana bribed him to have his party’s Rajya Sabha member get Alok Verma off his back in a graft investigation case. Even the West Bengal government blocked the CBI investigation into the Saradha case,” he said.

Surankar felt that the two chief ministerial announcements sent out a wrong message as, in matters that have interstate and international ramifications, the CBI is the only agency capable of conducting a fair and thorough investigation. He went on to say that it is the police which is a compromised force and that is the reason behind the agency being in demand even when it comes to probing difficult murders and complicated frauds.