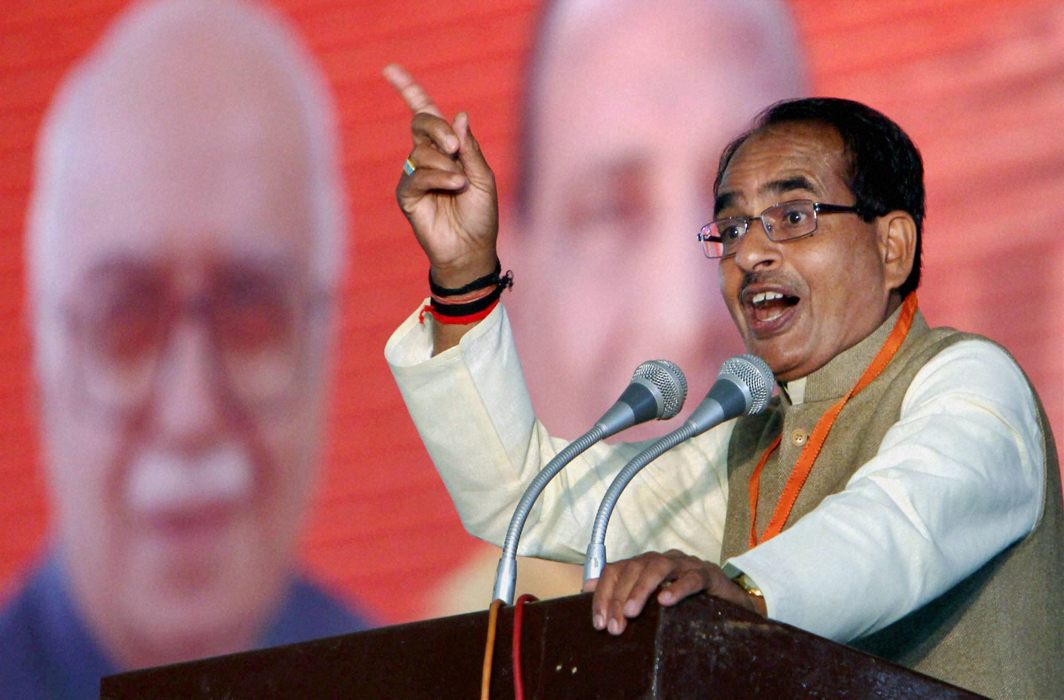 The Central Bureau of Investigation (CBI), on Tuesday, filed a chargesheet against 490 accused persons including three Vyapam officials, three racketeers, 17 middlemen, 297 ‘solver & beneficiary’ candidates and 170 guardians of the beneficiary candidates in a special CBI court in Bhopal in the infamous multi-crore-rupee Vyapam scam.

Interestingly though, the CBI sought to give a clean chit to Madhya Pradesh chief minister Shivraj Singh Chouhan and a host of other senior officials of the MP Professional Examination Board (the re-christened Vyapam) over their alleged involvement in the scam, which in the past five years saw mysterious deaths of around 49 witnesses, accused and even a journalist who was reporting on the swindle.

A statement released by the CBI said that the chargesheet naming the 490 accused was submitted with regard to “on-going investigation of a case relating to alleged irregularities in the Pre-Medical Test (PMT) 2013 conducted by Vyapam.”

Expectedly, what has caught the media’s attention more than the filing of the chargesheet is the agency’s clean chit to Shivraj Singh Chouhan. Former chief minister and Congress veteran Digvijaya Singh and Vyapam scam whistleblower Prashant Pandey had, over two years ago, alleged that a hard disk seized in the Vyapam case had been tampered with to remove Shivraj Singh Chouhan’s name. The allegation had triggered a huge political storm.

However, the CBI has now claimed that “there is no grain of truth in the allegation that the HDD (hard disk drive) seized on July 18, 2013 from the office of then Principal System Analyst, Vyapam (key scam accused Nitin Mohindra) was tampered.” The agency’s statement is being viewed as a clean chit to Shivraj, who for the past four years has been fighting hard to shrug off the Vyapam taint.

What was the Vyapam scam?

An engine-bogey system was employed by the perpetrators of the scam to get candidates selected for various positions for which Vyapam held exams. According to this system, examination roll number records (based on which sitting arrangements are made in examination halls) were manipulated in such a way that roll number of the ‘beneficiary candidate’ (the bogey) appeared immediately after the roll number of the ‘solver’ (the engine). The ‘solver’ was only a dummy candidate added to the exam enrollment list to help the ‘beneficiary candidate’ in clearing the exam. The ‘solvers’ were mainly MBBS students, aspirants studying in premium coaching centres, even qualified doctors from across MP and other states.

At the centre of the CBI’s clean chit to the Madhya Pradesh chief minister is the authenticity of the HDD it seized from Mohindra and the pen drives provided by Digvijaya Singh and Prashant Pandey which the two claimed had the “original and un-tampered documents”.

According to the CBI, Digvijaya Singh and Prashant Pandey “had alleged that the hard disk seized by Indore Police from the computer of Nitin Mohindra been tampered with.”

However, the agency has informed the special CBI court that “during investigation, image of the seized HDD in question along with 2 other HDDs, which was in the custody of the trial court, was got prepared through the experts of Central Forensic Science Laboratory (CFSL), Hyderabad and were forwarded to CFSL for analysis and examination (sic).”

The CBI says further that the “two pen drives, one kept in custody of the Hon’ble High Court of Delhi filed by the private person (Prashant Pandey) and the other submitted by him to CBI in a sealed cover were also sent to CFSL, Hyderabad for analysis. The pen drives as per the claims of the said private person contained the tampered and untampered versions of the impugned excel file. CFSL examined these HDDs and the two pen drives and submitted seven reports to CBI. As per CFSL report, the computer with the HDD in question was last shut down on July 15, 2013 and no file on the said HDD was accessed thereafter. All the 5 Excel files in the pen drive provided by Pandey to the Delhi High Court as well as to CBI, containing reference ‘CM’ (chief minister Chouhan) in it, were created or last modified on or after July 18, 2013 as per the report of CFSL whereas the alleged HDD in question was last shut down on July 15, 2013.”

A shoddy probe from the start

The investigation into the Vyapam scam was shaky to begin with. After an initial probe by the Bhopal police, the investigation was handed over to a Special Task Force (STF) of the state police. Due to reports of lapses in the probe and attempts at a political cover-up, the Madhya Pradesh high court began monitoring the STF’s investigation directly through a Special Investigating Team.

Separate cases have been registered for investigating scams in different tests. In March 2015, the SIT told the Supreme Court it had arrested approximately 1,800 accused and was on the lookout for another 800 people.

In July 2015, amid reports of at least 49 accused, witnesses and a journalist – all linked with the scam in one way or another – dying mysteriously within a matter of few months and a subsequent political and media uproar over the ‘Vyapam deaths’, the Supreme Court transferred the case to the Central Bureau of Investigation. For nearly two years, the CBI seemed to sit over the investigation, forcing the Supreme Court to reprimand it on several occasions for the slow pace of the probe.

Pandey has refuted the Central Bureau of Investigation (CBI)’s claim of the HDD not being doctored. “I copied the excel files from the HDD on the pen drive and that’s why they show a date of creation or modification after July 18. I have not seen the chargesheet filed by the CBI and therefore I am not in a position to comment on it in detail,” Pandey told APNLive, while insisting that “not a single document provided by me was tampered with”.

A political slugfest has already begun in Madhya Pradesh between the Congress and the BJP over the CBI’s chargesheet. While state BJP chief Nandkumar Singh Chauhan has claimed that his party would initiate relevant legal proceedings against Digvijaya Singh and Prashant Pandey for their “attempt to frame chief minister Shivraj Singh Chouhan on false charges in the Vyapam scam”, state Congress spokesperson KK Mishra has accused the CBI of “working under pressure of the BJP’s central government to bailout Shivraj”.

The political uproar over the supposed clean chit to Shivraj aside, the CBI’s chargesheet appears to be the result of a shoddy investigation as it doesn’t name several senior Vyapam officials under whose stewardship of the Professional Examination Board the scam was allowed to continue for several years. All three Vyapam officials who have been named as accused by the CBI – Nitin Mohindra, AK Sen and CK Mishra – were way down in the Vyapam hierarchy.

The chargesheet makes no mention of Vyapam director and controller of exams, Pankaj Trivedi, who hitherto was a key accused in the case and whose appointment itself was deemed as having been done by the state’s BJP regime in total violation of established rules. Trivedi, a close relative of BJP national spokesperson Sudhanshu Trivedi, was suspended from the post of Vyapam director after his alleged role in the scam came to light while an audit conducted by the MP Accountant General into the functioning of the Board had also highlighted major lapses on part f Trivedi, which the audit report had said were responsible for allowing the scam to take place. Yet the CBI has sought to not name Trivedi as an accused in its chargesheet which instead focuses on students who benefitted from the scam or the racketeers who functioned with clear support of the Vyapam administration to execute the swindle.