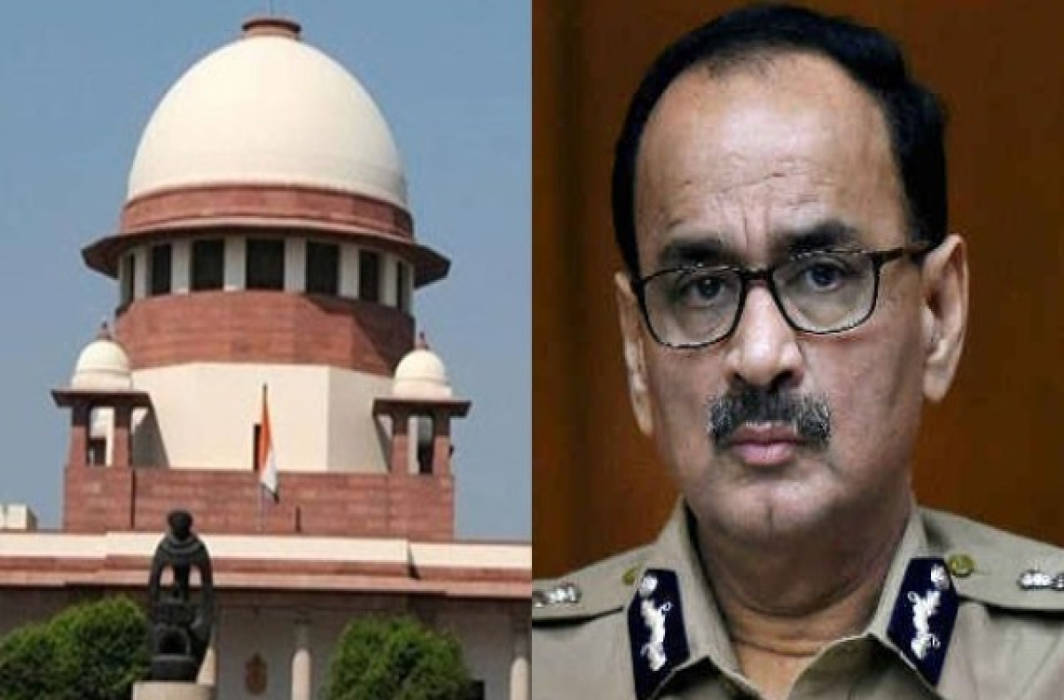 The Supreme Court today (Tuesday, Jan 8) set aside Narendra Modi government’s post-midnight order of Oct 23 divesting Alok Verma of his charge to act as head of the CBI.

The apex court observed that the government should have referred to the Select Committee consisting of the Chief Justice of India (CJI), Prime Minister and Leader of Opposition to initiate Alok Verma’s removal and directed the High Power Committee under DSPE Act to act within a week to consider Verma case.

Alok Verma can go back to his office now but cannot take any major policy decisions till the High Powered Committee decides on his status.

The judgment on Tuesday was penned by CJI Ranjan Gogoi. However, the CJI didn’t attend the court and the judgment was pronounced by Justices SK Kaul and KM Joseph.

The Supreme Court said it was quashing the order sending him on leave since the government had no authority to take action against the CBI Director. The only institution that can take any action against a CBI director is the special committee that appoints the director, the Supreme Court ruled today. “The legislative intent of insulating the CBI director is manifest,” said the three judges who set aside the government’s move unanimously.

The decision comes just 23 days before Verma’s tenure as CBI Director comes to an end: his term ends on January 31.

Verma had filed a plea against the Centre’s decision to divest him of powers and sending him on leave.

In its verdict, the Supreme Court has observed that the procedure to remove an incumbent CBI director has been set out in law. “If there was intent to specify interim measures for Director CBI then the legislation would have contained the provision,” the Supreme Court observed, referring to the government appointing M Nageshwar Rao as interim CBI chief.

Asthana remains on forced leave. There is also no decision on the transfers ordered by Nageswar Rao.

The public spat between the two top officers of India’s premier investigative agency witnessed a lot of mudslinging with both levelling allegations of corruption against each other.

Verma had sought quashing of three orders of October 23, 2018 — one by the Central Vigilance Commission (CVC) and two by the Department of Personnel and Training (DoPT), as being without jurisdiction and in violation of Articles 14, 19 and 21 of the Constitution.

The Centre had justified its decision to divest Verma of his duties and sending him on leave before the apex court saying he and Asthana were fighting like “Kilkenny cats”, exposing the country’s premier investigating agency to “public ridicule”.

On December 6, after hearing arguments on behalf of Verma, the Centre, the CVC and others, a bench headed by Chief Justice Ranjan Gogoi had reserved the judgement.

In the charged political atmosphere in view of 2019 Lok Sabha elections due after a couple of months, the verdict was seen as a setback to the Narendra Modi government which has been accused of manipulating CBI and the country’s other investigative agencies to promote its political interests and harass its rivals.

Finance Minister Arun Jaitley defended the government’s action of sending the two senior officers of the CBI on leave and took the plea that it was done on the recommendation of the CVC (Central Vigilance Commission). “This action was taken perfectly bonafide as there were cross-allegations made by both the officers, and in accordance with recommendations of the CVC. The government felt that in the larger interest of fair and impartial investigation and credibility of CBI, the two officers must recuse themselves,” Jaitley told reporters outside Parliament.

Opposition projected the judgement as vindication of their criticism that the government was behaving arbitrarily.

The Congress, which alleges that Verma was removed because he intended to launch a probe into the Rafale jet deal, said, “We welcome the Supreme Court’s verdict lambasting the government against their illegal removal of Alok Verma as CBI Director.”

Congress leader Mallikarjun Kharge said the verdict is a lesson for the government. “We’re not against one individual, welcome SC’s judgement, it’s a lesson for govt. Today you’ll use these agencies to pressurise people, tomorrow somebody else will, What will happen to democracy then?” he told reporters, reported news agency ANI

Congress leader Randeep Singh Surjewala said Narendra Modi is the first prime minister to have “his illegal orders set aside by the Supreme Court.”

“Modiji adds another 1st to his list. After being the first PM to be exposed destroying the #CBI before the SC, After having ruined CVC’s credibility (requiring supervision by former SC judge),Mr. Modi has now become 1st PM to have his illegal orders set aside by the SC,” he tweeted.

Arvind Kejriwal tweeted that the court ruling was a “direct indictment” of Prime Minister Narendra Modi.

He also accused Modi government of “ruining all institutions and democracy” in the country.  “Wasn’t CBI director illegally removed at midnight to stall the probe in Rafale scam which directly leads to PM himself?” he tweeted