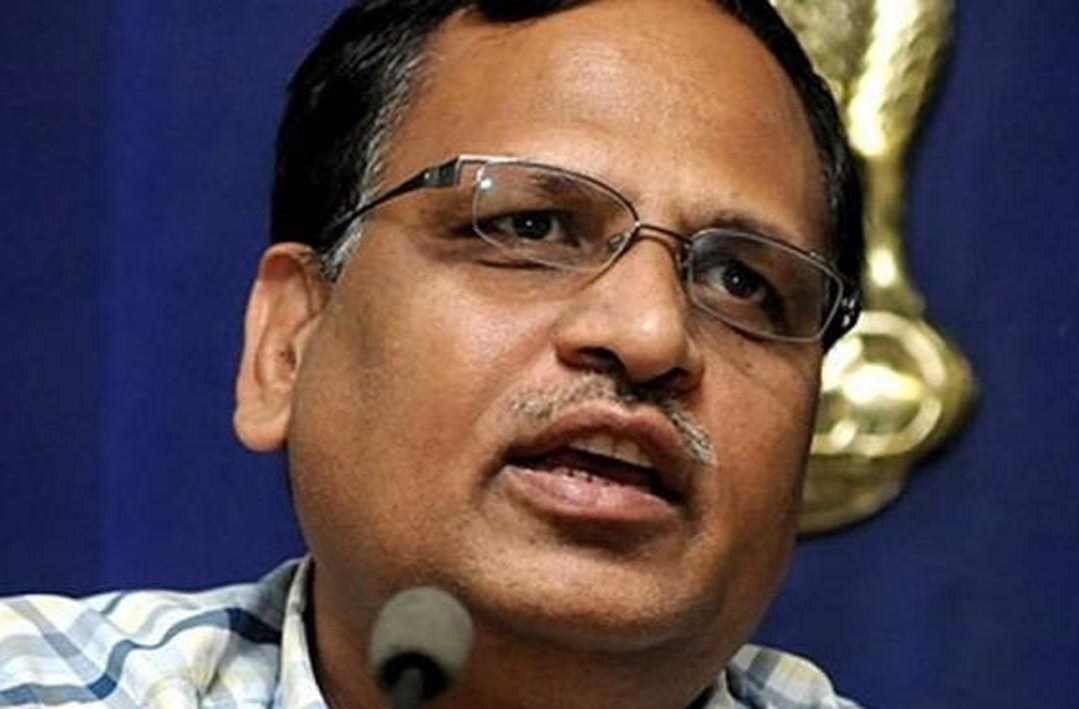 The CBI came across the controversial documents related to Jain, while conducting raids at the premises of a doctor, who is under scanner in a corruption case.

In fresh trouble for the Aam Aadmi Party (AAP) government in Delhi, the Central Bureau of Investigations (CBI) in its raids on Sunday recovered documents allegedly related to the properties and bank accounts of Health Minister Satyendra Jain.

Reportedly, the CBI – which is already probing a separate case of alleged corruption against the Delhi health minister – came across the controversial documents related to Jain, while conducting raids at the premises of a doctor who is under scanner in a corruption case.

According to the investigative agency, searches had been conducted at various premises of Delhi Dental Council Registrar Rishiraj after a case of corruption was registered against him recently. From one of the locker at Rishiraj’s residence, the CBI claimed to have found property documents, bank deposit slips of about Rs 2 crore and company documents belonging to Satyendra Jain.

Earlier on Saturday, the police arrested Rishiraj and N Pradeep Sharma, lawyer for the council for allegedly receiving a bribe amounting to Rs 4.7 lakh from a doctor.

Among the documents related to Jain, recovered by the CBI from Rishiraj’s locker were documents of a property in Karala village in Jain’s name, cheque books belonging to him and his wife, and documents pertaining to one JJITL Estate Private Limited, of which he was a director.

“IDBI bank slips from 2011, showing deposits worth Rs 2 crore in the name of Jain’s company, were found… Three property documents, including two sale deeds of land measuring 12 bigha, two bishwa and eight bigha, 17 biswa at Karala village, one power of attorney for land measuring 14 bighas were found. Besides, 41 cheque books in his name, his wife’s name and in the name of a private estate firm were also found,” said CBI in a statement released after the Sunday’s raid.

“ the Central Bureau of Investigations (CBI) has registered a case… on the allegations of demanding bribe from the complainant for getting him a favourable order from the Delhi Dental Council and also for extending help in further legal proceedings in the matter,’ said CBI spokesperson Abhishek Dayal.

However, rejecting the charges leveled against Jain, Delhi government’s spokesperson Nagendra Sharma said, “This is the latest attempt to frame Satyendar Jain. He has nothing to do, even remotely, with the registrar in question. This is a fresh conspiracy by the BJP. The papers recovered had been handed over to the CBI twice and have been declared many times in his Income Tax returns. What is new in these papers?”