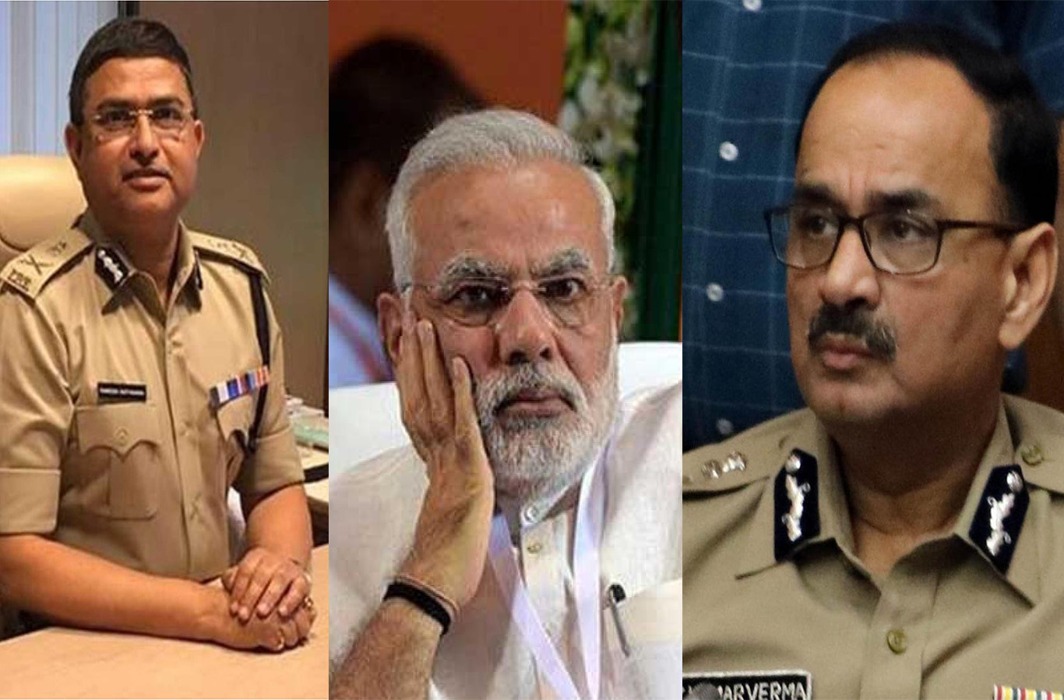 Number two in CBI, special director Rakesh Asthana, who approached the Delhi High Court today (Tuesday, October 23) to seek protection against arrest in a corruption case, has been given relief till Monday, October 29, when the case comes up for hearing again.

Asthana is named as accused No. 1 in an FIR filed by CBI last Tuesday, media reports said.

Asthana had approached the high court seeking its direction that no coercive action be taken against him.

Asthana’s petition comes hours after CBI officer Deputy Superintendent of Police Devender Kumar, Asthana’s team member and accused No. 2 in the FIR who was arrested yesterday, asked the high court to cancel the bribery case filed against them.

Devender Kumar was arrested for “falsification of records” in connection with bribery allegations involving its Special Director Rakesh Asthana.

Asthana urged the court that no coercive step be taken against him since the CBI has already arrested DSP Devender Kumar. At this, the court, while observing that it would prefer not to use the term “no coercive steps”, directed that “status quo be maintained with regard to petitioner (Asthana)”.

The court did not intervene in the arrest of Kumar and sought the CBI’s stand on his plea seeking quashing of the FIR lodged against him. The court will hear the matter next on October 29.

In his petition, Deputy Superintendent of Police Devender Kumar said he was being made “a scapegoat” and the case filed against them was false, frivolous and an afterthought.

Kumar insisted that he was an “upright police officer” with an excellent service record. The officer said he had been investigating the case against meat exporter Moin Akhtar Qureshi and others and was implicated because he had unearthed the truth in this case and was going to arrest “several accused person”.

Kumar, who was earlier the investigating officer in a case involving Moin Qureshi, was arrested on Monday by the CBI on the allegations of forgery in recording the statement of businessman Sathish Sana Babu, who had alleged to have paid bribes to get relief in the case.

Sana Satish Babu who alleged that two Dubai-based brothers – Manoj Prasad and Somesh Prasad – claimed that they were acting on behalf of the CBI special director and allegedly struck a deal for Rs 5 crore to protect him in a case that the agency registered against controversial meat exporter Moin Qureshi. Former CBI director AP Singh is also an accused in the case.

Devender Kumar, who was Investigating Officer in the Moin Qureshi case as part of a Special Investigation Team (SIT) headed by Asthana, was arrested around 2 pm Monday. The CBI had earlier searched Kumar’s office in the CBI building.

According to the FIR, businessman Sana Sathish Babu, a witness in the Moin Qureshi case, allegedly paid bribes to Asthana for getting relief in investigation from the CBI SIT headed by him.

The CBI said Kumar was arrested on the allegation of “falsification of records in an ongoing investigation”, that he had allegedly fabricated Sana’s statement “as an afterthought plan to corroborate the baseless allegations” made by Asthana against the CBI Director to the CVC (Central Vigilance Commissioner)”.

They said the agency was also looking into the alleged role of other members of the special investigation team headed by Asthana.

Asthana, who was booked by the agency on bribery charges in an unprecedented action, had complained against Verma on August 24, 2018.

After Kumar’s plea to the court following his arrest, Asthana moved the court as his ongoing war with Director Alok Verma escalated.

On Tuesday, media reports said, CBI director Alok Verma wrote to the PMO asking for Asthana to be suspended. He also wants Asthana repatriated to his parent Gujarat cadre as he is “unfit” to serve in the CBI. A formal communication to the PMO is significant as it creates direct accountability for the prime minister.

Verma will retire in January and Asthana, is said to be Modi and Amit Shah’s choice to succeed him as director. In fact, even before Verma was appointed, Asthana officiated as CBI director for a few months.

Meanwhile, a Delhi court allowed the CBI to quiz in custody for seven days its Deputy Superintendent of Police Devender Kumar.

Special CBI Judge Santosh Snehi Mann remanded Kumar to the custody of CBI, which had sought ten days of custodial interrogation of the accused official alleging that it has recovered incriminating documents from his office and residence.

The probe agency has claimed that Kumar was part of an extortion racket being run in the garb of the investigation. Kumar’s counsel, however, opposed the submission and moved a bail plea before the court.

CBI has also sought the court’s nod to add some more sections in the present FIR against accused including Kumar. Kumar was arrested yesterday.