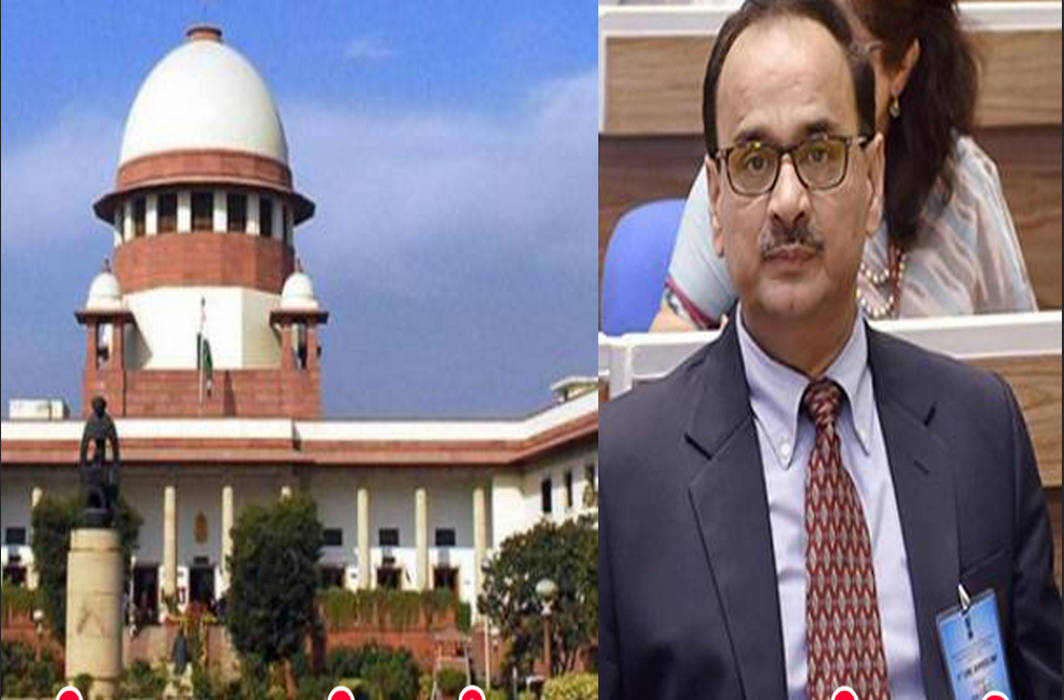 The Supreme Court (SC) today (Friday, Nov 16) noted that the Central Vigilance Commission (CVC) report on CBI director Alok Verma was “very uncomplimentary” on certain charges levelled against the CBI chief by his deputy Rakesh Asthana and the CVC wanted more time to probe some charges.

The bench of Chief Justice Ranjan Gogoi and Justices SK Kaul and KM Joseph, observing that the CVC inquiry supervised by former top court judge AK Patnaik had not given Verma a clean chit, gave Alok Verma time till November 19 to respond to the CVC. The vigilance commission had submitted the report to the court in a sealed cover on November 12.

The apex court directed the CVC to hand over the report to Verma in a sealed cover, and ordered that confidentiality of the document be maintained.

Appearing for Verma, senior lawyer Fali S Nariman, requested the bench to take up the matter without delay and said he would file his response by Monday itself. The veteran lawyer said he wanted a copy of the report in a sealed cover envelope and that he would also file Verma’s reply confidentially.

Attorney General KK Venugopal and Solicitor General Tushar Mehta, representing the Centre and the CVC respectively, also requested for a copy of the report.

The bench agreed to share the report with the two law officers but also maintained that utmost confidentiality of the report should be maintained.

It however shot down a plea by senior lawyer Mukul Rohatgi, who appeared for Special CBI Director Rakesh Asthana, for giving him a copy of the report as well.

As for examining decisions taken by interim CBI chief M Nageswara Rao, the court said it will look at it on the next date. Lawyers for Congress leader Mallikarjun Kharge and another CBI official AK Bassi also mentioned their plea for a hearing but the bench deferred it for a later day.

The SC fixed November 20 as the next date of hearing.

Verma and Asthana have been engaged in a tussle for long. Verma had objected to Asthana’s appointment in CBI citing corruption charges against him and the CBI on October 15 filed an FIR naming Asthana as main accused.

As the feud escalated, the two were divested of their duties by the Department of Personnel and Training on October 23 and M Nageshwar Rao appointed as interim chief.