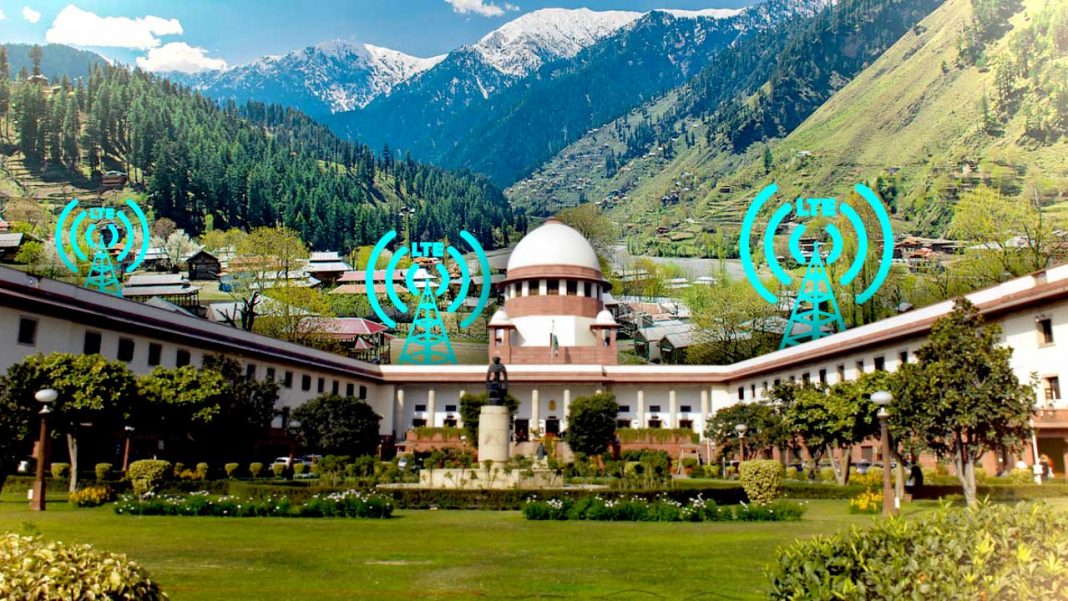 4G internet services will be allowed on a trial basis in one district each in Jammu and one in the Kashmir valley after August 15, the centre told the Supreme Court today, adding that a special committee has made this decision.

The relaxation will not be in any area adjoining the International Border or the Line of Control, the centre told the top court. The areas which will get the 4g internet will be those which have a low intensity of terrorist activities, the centre said.

The government will review the situation after two months, it said. High speed Internet service in Jammu and Kashmir has been suspended since over a year when the centre scarpped Jammu and Kashmir’s special status under Article 370 and bifurcated it into two union territories – Jammu and Kashmir, and Ladakh.

In its last hearing, the top court had said that the Centre should explore the possibility of restoring 4G mobile internet services in Jammu and Kashmir in view of the statements of GC Murmu, the former lieutenant governor of the Union territory, backing the restoration.“L-G Murmu has said that there is no difficulty in restoring 4G. You have to give an explanation to that,” justice R Subhash Reddy told solicitor general Tushar Mehta, who appeared for the Jammu & Kashmir administration, last Friday.

Murmu, who was succeeded by Manoj Sinha as the lieutenant governor on Friday, had said on July 24 the restoration of 4G services will not be a problem and Pakistan will continue with its propaganda even if the mobile internet speed is restricted to 2G. The Centre has cited Islamabad’s propaganda while justifying the restrictions.

The Centre on July 28 told the Supreme Court it will verify media reports that said Murmu has advocated the restoration of high-speed 4G internet services. This came days after the Centre filed an affidavit before the court on July 21, saying a special panel constituted as per the latter’s May 11 order has decided against any relaxations for now.

The Supreme Court on May 11 passed its order after the NGO in April challenged restrictions on mobile internet speed to 2G. The NGO sought restoration of 4G services saying patients, doctors, and the general public were unable to access the latest information, guidelines, advisories and restrictions about Covid-19 pandemic because of the restrictions. It pointed out that slow internet speeds make telemedicine, or online consultation, impossible.

The court refrained from passing directions to restore 4G services and instead ordered a constitution of the panel comprising high-level government officers, including the Union home secretary, to take a call on the matter.