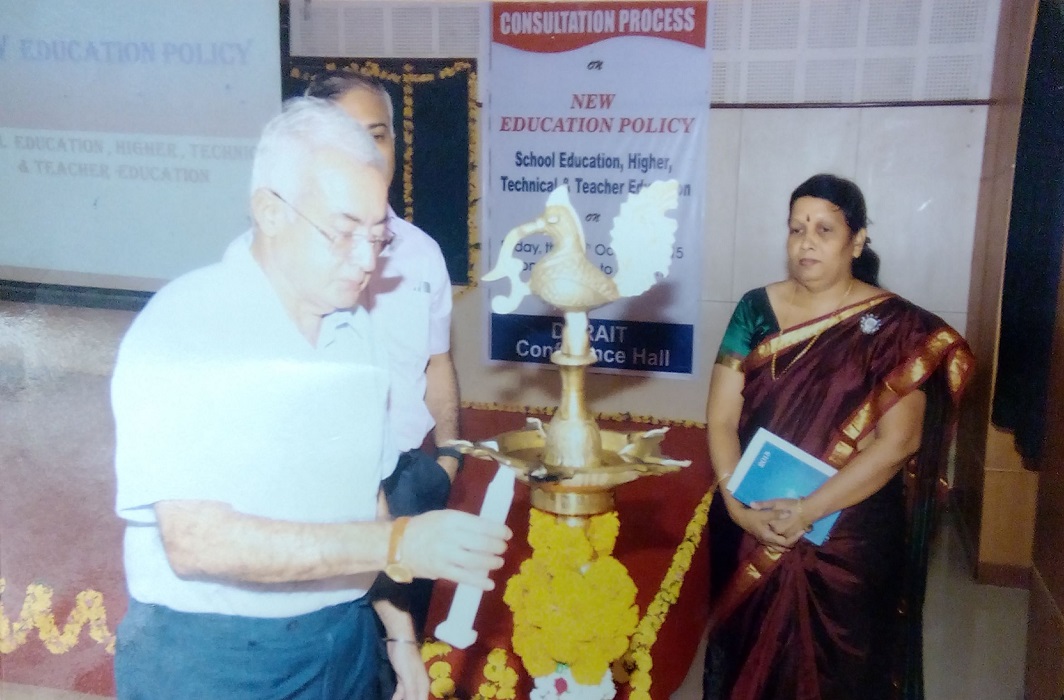 In the wake of widespread protests in south India over what was seen as an attempt to impose Hindi, media reports said the Centre has made some changes in the part dealing with adoption of a three-language formula in schools — Hindi, English and the local mother tongue in non-Hindi states – in its draft education policy.

The Ministry of Human Resource Development on Sunday, June 2 tweaked the contentious parts of the draft that have been put up for public opinion.

“Imposing Hindi was never the intention. The way the draft was being perceived was contrary to the spirit of the three-language formula. That’s why tweaks have been made. This is not a U-turn,” News18 quoted government sources as saying.

The change in three-language formula

Titled ‘flexibility in the three-language formula’, the section on its implementation now reads, “In keeping with the principle of flexibility, students who wish to change one or more of the three languages they are studying may do so in grade 6 or 7, so long as they are able to still demonstrate proficiency in three languages (on language at the literature level) in their modular board examination some time during secondary school.

“Since the modular examination for language proficiency will indeed test only for basic proficiency in each language such a change in language choice in grade 6 would certainly be feasible if this student so desires and would in such cases be supported by teachers and schooling system. Additional choices of languages would therefore be offered in middle school for this purse of choice and flexibility.

“The change in language choice by students in the middle school will be subject to the condition that they would still require to demonstrate the expected level of proficiency in three languages (one language at the literature level) in their modular board examinations some time during secondary school.

“Since the modular board examinations for language proficiency will indeed test only for basic proficiency in each language, and since it is possible to achieve basic proficiency in a language in a span of about four years, such a change in language choice in Grade 6 would certainly be feasible if the student so desires and would in such cases be supported by teachers and the schooling system. Additional choices of languages would therefore be offered in middle school for facilitating flexibility in the study of languages within the three language formula.”

Earlier the draft that sparked a row over imposition of Hindi said, “In keeping with the principle of flexibility, students who wish to change one of the three languages they are studying may do so in Grade 6, so long as the study of three languages by students in the Hindi-speaking states would continue to include Hindi and English and one of the modern Indian languages from other parts of India, while the study of languages by students in the non-Hindi-speaking states would include the regional language, Hindi and English.”

On Sunday, the government had said it was only a draft policy put out in public to elicit their views.

The draft, proposed by a panel constituted by Union Minister Prakash Javadekar when he was the HRD minister in the previous government and led by eminent scientist K Kasturirangan, had suggested teaching of Hindi in non-Hindi speaking states. Javadekar on Sunday clarified that the committee had only prepared a draft report and no decision has been taken on implementing it.

He said misinformation was being created about the issue and the government had no intention of spreading a particular language. “We are considering public consensus,” he added.

Issuing a clarification, the HRD ministry said, “This is a draft policy submitted by the committee and is placed for the views of the general public.”

Union HRD Minister Ramesh Pokhriyal also described it as a misunderstanding. “State governments must have got the wrong information. Besides, Prime Minister Narendra Modi has already said that no particular language will be imposed on any region. We have made a draft and we will be collecting information from various states and then we will have further discussions,” he said.

Finance Minister Nirmala Sitharaman and Foreign Minister S Jaishankar posted identical messages on Twitter, assuring that the draft will be reviewed before implementation. Both the ministers are from Tamil Nadu – the state which has been loudest in its objections – and their tweets were in Tamil.

If the government was looking for people’s views, it got it in plenty.

In Tamil Nadu, parties of every political shade — from the opposition DMK to the Left and actor Kamal Haasan’s Makkal Needhi Maiam — slammed the report, which they saw as a precursor to the imposition of Hindi. Leaders from other southern states such as Karnataka and Kerala also joined them.

While DMK chief MK Stalin dubbed the move as ‘throwing stones at a beehive’, party leader T Siva said the Centre was playing with fire with such a decision.

“The DMK will never allow imposition of Hindi. It will raise its voice in Parliament and outside and strive to stall it,” DMK’s MP Kanimozhi Karunandhi said.

The Tamil Nadu government under All India Anna Dravida Munnetra Kazhagam (AIADMK), an ally of the BJP, maintained that the state will persist with a two-language formula – Tamil and English.

Former minister and Congress MP Shashi Tharoor on Sunday entered the debate, saying the solution to the three-language formula is not by abandoning the idea but ensuring its better implementation across the country.

“Most of us in the south learn Hindi as a second language, but nobody in the north is learning Malayalam or Tamil,” said Tharoor.

“The solution is not to abandon the three-languages formula but to implement it in a better manner,” he added.

Karnataka Chief Minister HD Kumaraswamy also spoke out on the language debate. “One language should not be imposed on others for any reason in the name of three-language policy,” he wrote in Kannada on Twitter.

Congress leader from Karnataka Siddaramaiah said on Monday the Centre was imposing Hindi on non-Hindi speaking states and sought for “more space”.

Using the hashtag StopHindiImposition, the former Karnataka chief minister wrote on Twitter, “Ours is a land that exhibits Unity in Diversity. Peaceful coexistence is the need to establish harmony &any force shall work against the laws of society. For us Kannada is an identity, &learning any other language should be by Choice & not by imposition.”