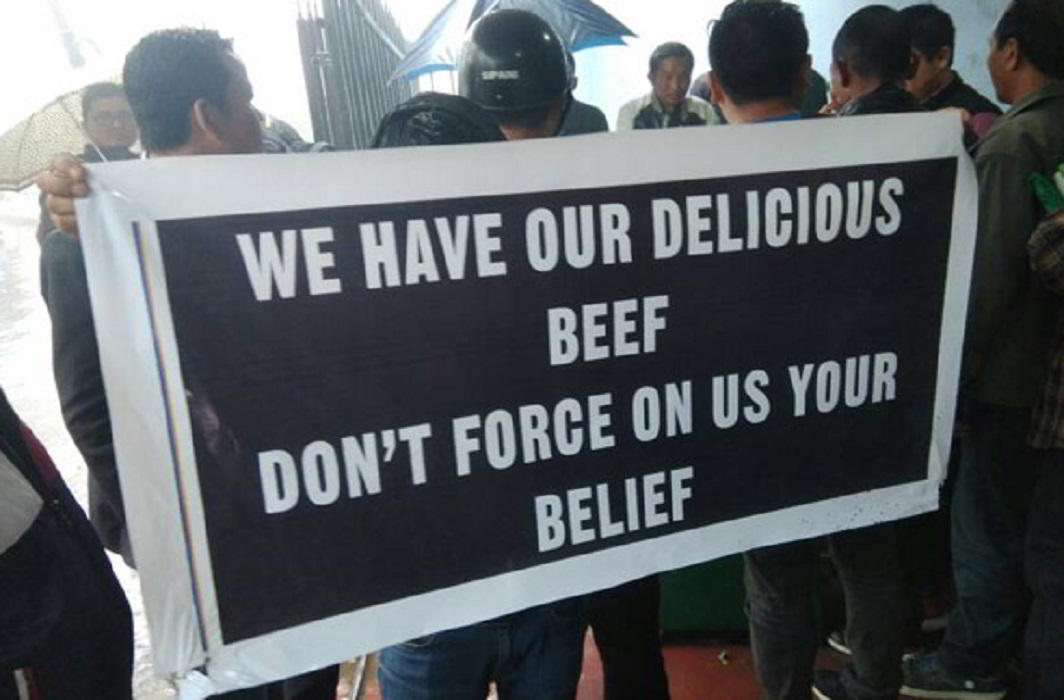 At a time when the Centre and some States are at loggerheads over ban on cattle sale for slaughter, Union Home Minister Rajnath Singh has said the Centre will not impose any restrictions on people’s choice of food. Following the assurance, given by Union Home Minister, the Qureshi Meat Traders Association in Goa, filed a writ petition before the Bombay High Court, seeking a stay on Centre’s notification over the same.

Rajnath Singh was in Mizoram to attend a meeting of the Chief Ministers of four north-eastern states to examine security along the India-Myanmar border. His comment came during a response to a media query regarding the Centre’s new cattle trading norm.

Meanwhile, in Aizawl over 2,000 people participated in the “beef-party”, organised by a local group, which coincided with the Home Minister’s visit. Many north-eastern States have already witnessed a number of protests by locals. Earlier, the Meghalaya Assembly passed a resolution against the rule.

The Centre’s dictat has faced resistance in Goa, too, where the Qureshi Meat Traders Association, a part of the civil society collective, backed by the Church and the Muslim groups in their writ petitions have questioned the “justification behind the ban on trading at cattle markets”.

“We have come together specifically for this issue as this is a direct attack on the secular nature of our country. We now feel that the time has come where we will have to meet more than before. Inter-faith dialogues will have to increase,” said Father Savio Fernandes, co-convener of the collective and the executive secretary of Council for Social Justice and Peace.

“We were quiet but now the issue affects livelihood and is an act of infringement,” he added.

Abdul Matin, representing the Muslim community in the collective said, “We were tired of their (Centre’s) silence when other state governments and chief ministers were sending letters against the notifications.”