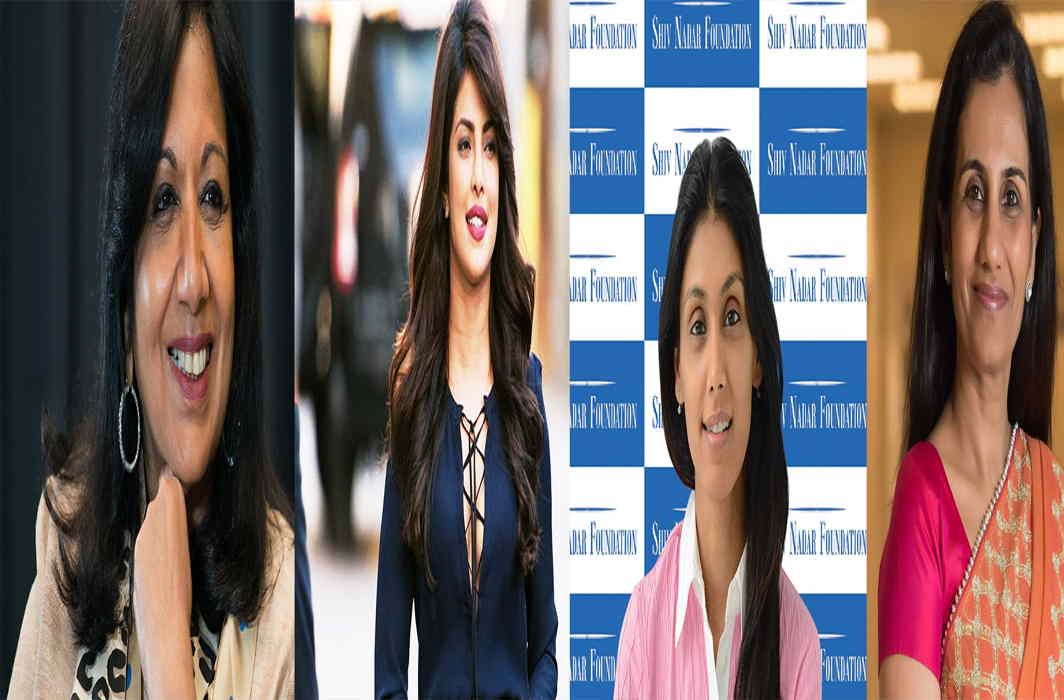 Five Indian women have found their way to the 2017 edition of The World’s Most Powerful Women List, brought out by Forbes.

Kochhar leads the country’s largest private sector bank while Mazumdar-Shaw’s Biocon is a pioneer in the field of biopharmaceuticals and clinical research; Bhartia’s HT Media is a media house with interests ranging from newspapers and radio stations to online job portals and education.

Chopra, a Bollywood actress, who made rapid strides, globally in the media and entertainment world, is also the UNICEF Global Goodwill Ambassador.

“The 100 women on the list represent a new dynamic of influencers and are transforming industry culture. They’re women who are building billion-dollar brands, calling the shots in the financial markets, and crisscrossing the globe to broker international agreements,” said a Forbes statement issued on November 1.

This year’s list is topped by German Chancellor Angela Merkel, who retains the number one position for the seventh consecutive year and 12 times in total. She is followed by UK Prime Minister Theresa May (rank 2), who is leading her country through Brexit—a historic and transforming time for the European Union.

Forbes uses four metrics to arrive at the list of most powerful women. These include money (either net worth, company revenues, assets under management, or GDP); media presence; spheres of influence; and impact, analysed both within the context of each woman’s field (media, technology, business, philanthropy, politics and finance) and outside of it.