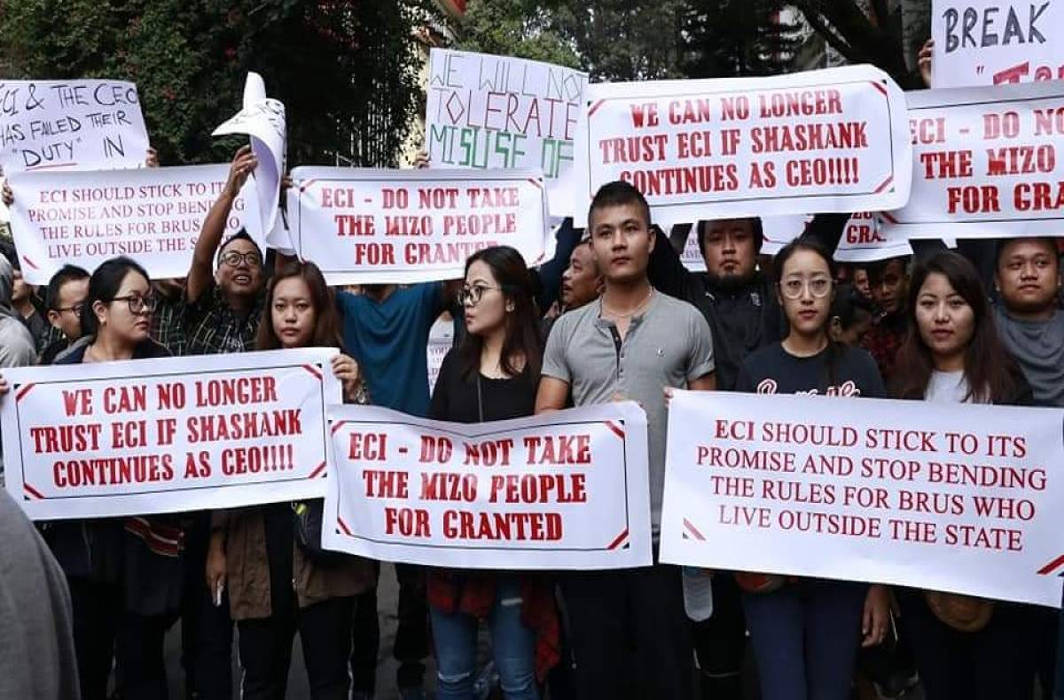 IAS officer Ashish Kundra has been appointed in his place.

The crisis in the poll-bound state stems from Shashank alleging interference by the state government in preparations for the polls, scheduled on November 28. He wrote to the EC in the last week of October, mentioning an “active role” played by the state Home Department in this interference.

The department was then headed by Principal Secretary (Home) Lalnunmawia Chuaungo, a 1987-batch Gujarat-cadre IAS officer serving in Mizoram on an inter-cadre deputation.

Shashank had accused Chuaungo of interfering with the revision of electoral rolls of Bru refugees from Mizoram, who have been living in relief camps in Tripura since ethnic violence drove them away in 1997. Most Mizos, including the state government, are opposed to the Election Commission’s proposal for allowing Brus to vote at their camps and want them to return to Mizoram for that.

Less than a week after receiving the letter from Shashank, the poll panel issued orders to the state government to remove Chuaungo with immediate effect.

Chuango’s removal led to demands for Shashank’s removal as the CEO. The protesters had asked Shashank to quit by November 5 and leave the state after Chuaungo was removed.

Two of the main demands by the groups led by the Mizoram NGO Coordination Committee or MNCC were to reappoint ousted principal secretary of home Lalnunmawia Chuaungo, and allowing Bru tribe refugees who are living in neighbouring Tripura to vote only in Mizoram and not from their camps in the other state.

Following the talks, the Coordination Committee Wednesday submitted a resolution, demanding that the poll panel stand by its April 2014 commitment that in any future parliamentary or assembly elections in Mizoram, the Bru refugees living in camps in neighbouring Tripura could only vote within the state. It also reiterated the demand that Shashank be removed from his post and the state.

National Voters Day 2022: Why is it celebrated on January 25?