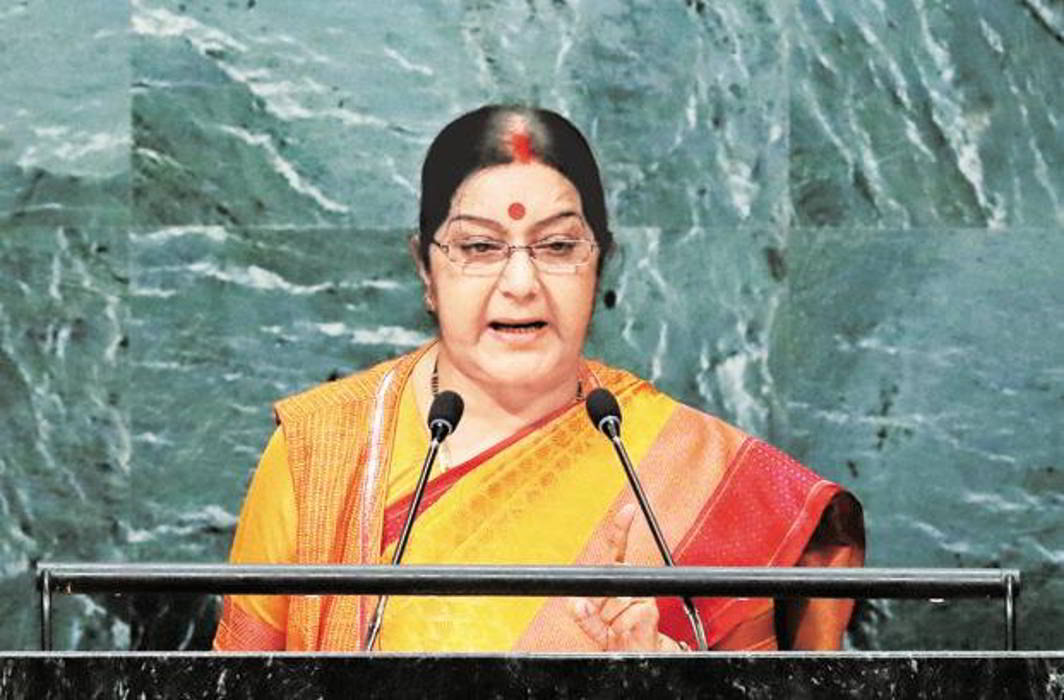 Minister of External Affairs Sushma Swaraj’s scathing attack against Pakistant at UN General Assembly has successfully extracted China’s admission about presence of terror in Pakistan. Beijing failed to defend Islamabad for its role in spreading the menace and left the question unresolved.

Global Times, the official daily published from Beijing, discussed Sushma Swaraj’s address at UNGA in its Tuesday’s edition. The editorial titled “India’s bigotry no match for its ambition” said, “There is indeed terrorism in Pakistan. But is supporting terror the country’s national policy? What can Pakistan gain from exporting terrorism? Money or honour.”

The editorial further said, “With smooth development of its economy and foreign relations in recent years, an arrogant India has looked down on Pakistan and assumed a haughty air with China.”

The Chinese daily asked India not to rely on US and Europe but develop friendly ties with China and respect Pakistan. It said, “India takes for granted that it should be “feared” by neighbours and wooed by the US and Europe.” The daily advised New Delhi that “India should befriend China and respect Pakistan, preventing disputes from spilling over.”

While addressing at UN General Assembly Sushma Swaraj, on Saturday, said, “India and Pakistan became free within hours of each other. Why is it that today India is a recognised IT superpower in the world, and Pakistan is recognised only as the pre-eminent export factory for terror?”

She further said, “We established scientific and technical institutions which are the pride of the world. But what has Pakistan offered to the world and indeed to its own people apart from terrorism? We produced scholars, doctors, engineers. What have you produced? You have produced terrorists.”

The daily made references to the recent stand-off between India and China at Doklam in the Sikkim section. It was resolved on August 28, after 73 days long stand-off, when both agreed to withdraw their forces from the plateau.