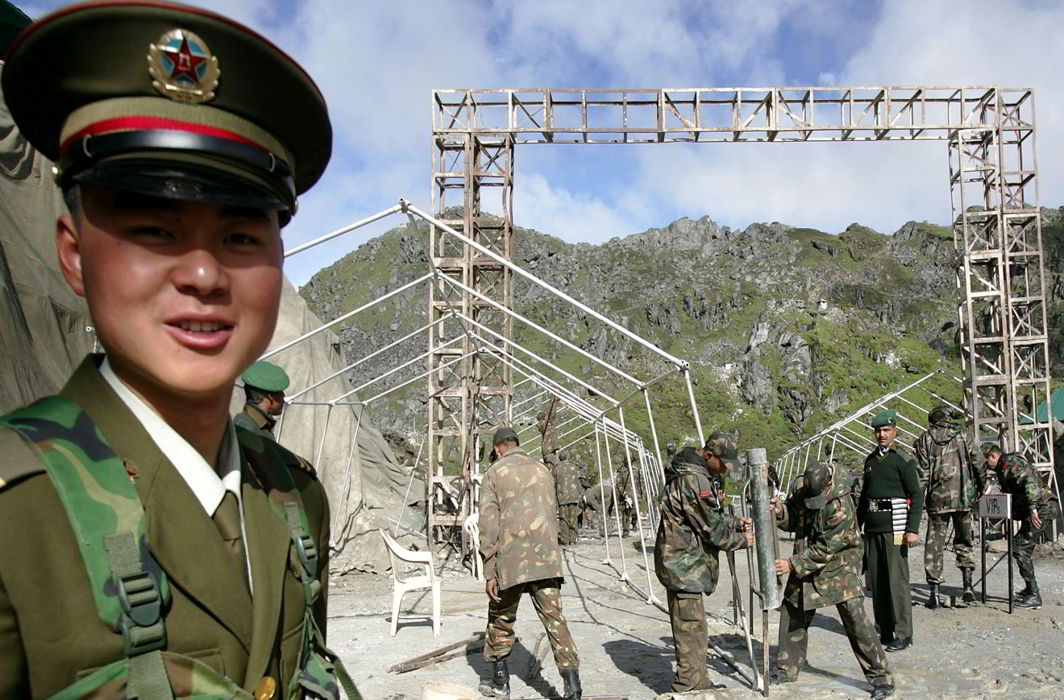 Keeps troops presence round the year

A debate is in offing about who was benefited by standoff at Doklam in mid-summer this year. But one thing is certain that Chinese have not only improved their strategic position but have also established more army presence in the disputed territory round the year.

There are reports that about 1,600-1,800 Chinese soldiers have now virtually established a permanent presence in the Doklam area, near the Sikkim-Bhutan-Tibet tri-junction. They have constructed two helipads, upgraded roads, fixed scores of pre-fabricated huts, shelters and stores to face the freezing winter.

The sources in Indian security establishment admit that while India “achieved its strategic objective” of not letting China extend its existing road in Doklam towards Jampheri ridge but the fallout has been “the almost permanent stationing of People’s Liberation Army (PLA) troops in the region”.

The source said, “Earlier, PLA patrols would come to Doklam, which is disputed between China and Bhutan, between April-May and October-November every year to mark their presence and lay claim to the area before going back.”

But the source adds, “Now, after the 73-day eyeball-to-eyeball troop confrontation at Doklam between India and China ended on August 28, the PLA troops have stayed put in what we consider to be Bhutanese territory for the first time this winter. But the status quo prevails at the earlier face-off site.”

The Doklam stand-off between India and China began on June 16 when Chinese troops with construction vehicles and road building equipment began extending road southward. On June 18, around 270 Indian troops with weapons and two bulldozers entered the territory claimed by China and Bhutan, to stop the road construction. The 74-day stand-off was resolved through diplomatic manoeuvres on August 28 when both countries announced withdrawal of their troops from the face-off site.

The Chinese move to deploy their troops in larger number on Doklam  fits in the warning given by Army chief, General Bipin Rawat  in September that China would continue with its efforts to nibble away disputed territories through “salami slicing”, muscle-flexing and other measures.

Earlier, India did not object to Chinese military patrols in Doklam. But New Delhi was forced to intervene when Chinese troops attempted to disrupt the status quo by constructing a road which would have had serious security implications for the country.

The proposed road Chinese were constructing towards Jampheri ridge overlooks India’s militarily vulnerable Siliguri corridor, or the so-called “Chicken’s Neck” area. This is strategically very important for India to connect north-eastern states with rest of the country.