Home News Story China Justifies Infrastructure Construction At Doklam, Says The Area Is Under Its... 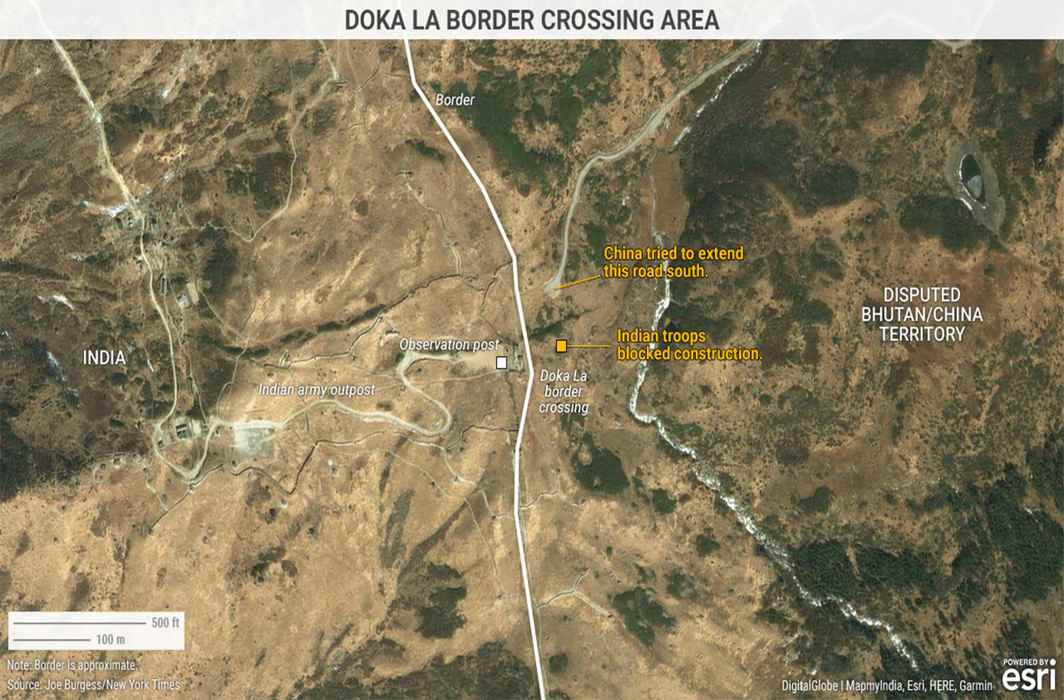 near the Sikkim border as ‘legitimate’ and said that India has no business to comment on what it does on its territory.

It said the area is under its “effective jurisdiction” and the work is aimed at improving the lives of border troops and residents in its “own territory”.

A day earlier, the Congress accused the government of “snoozing as China occupied Doklam” and of misleading the nation on the issue, saying Indian security and strategic interests had been compromised. There were satellite images showing a full-fledged Chinese military complex being built within Doklam.

Indian government maintained that status quo has not been altered in Doklam, where Indian and Chinese troops were locked in a stand-off for over two months last year.

The external affairs ministry said on Thursday the face-off at Doklam was “resolved following diplomatic discussions between India and China, based on which both sides arrived at an understanding for the disengagement of their border personnel.”

On Friday, 19 January, responding to questions on the reports of a massive build-up by Chinese troops in Doklam region, which have triggered fears of another stand-off, China’s foreign ministry spokesperson Lu Kang told a news briefing: “Donglang (Doklam) always belonged to China and (was) always under China’s effective jurisdiction. There is no dispute in this regard.”

“In order to patrol the border and improve the production and lives of border troops and residents, China has constructed infrastructure, including roads in the Donglang area. China is exercising sovereignty in its own territory.”

Asked about the satellite images, Lu said, “I have also noted the relevant report. I don’t know who offers such kind of photos.” He added that he did not have detailed information on this issue.

Referring to India’s statements and Indian Army chief Gen Bipin Rawat’s recent remarks that Doklam is a territory disputed between China and Bhutan, Lu said: “The Indian senior military officer has recognised that it was the Indian border troops who crossed the border. This incident has put bilateral relations to undergo a severe test. We hope the Indian side can learn lessons from this and avoid the incident to happen again (sic).”

Recalling the summit between Prime Minister Narendra Modi and President Xi Jinping on the sidelines of the Brics Summit in Xiamen in September, Lu said “the two leaders reached some consensus on improving bilateral relations and chartering the course for future development” during that meeting.

“We hope relevant parties can earnestly follow through on the consensus reached by the two leaders, move in the same direction and jointly uphold the peace and stability of the border areas and stay committed for the comprehensive development of bilateral relations,” he added.