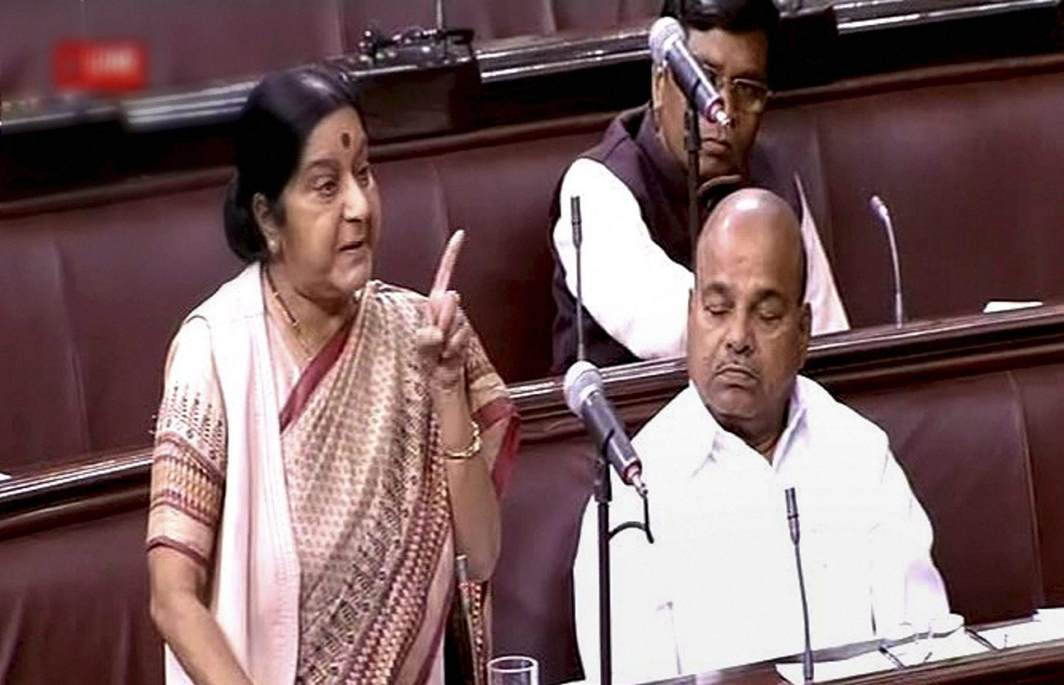 State run Chinese media has alleged Minister of External Affairs Sushma Swaraj of lying in the parliament on the border standoff  with China.

In her address to the parliament on the fourth day of the monsoon session Swaraj had said “all countries are in India’s support on the issue as they realise that China is “getting aggressive with Bhutan”.

The Global Times in its editorial titled ‘Military conflicts to escalate if India refuses to withdraw troops’ on Saturday said, “She was lying to the parliament. India’s invasion of Chinese territory is a plain fact. No other country will support India’s aggression.”

“India’s military strength is far behind that of China. If the conflict between China and India escalates to the intensity where their row has to be resolved through military means, India will surely lose,” the editorial added.

The daily  also blamed India of subtly shifting its stance by referring to Doklam as a tri-junction area of China, India and Bhutan. “These changes show New Delhi’s guilty conscience,” it said.

The Daily also warned India that People’s Liberation Army (PLA)’s military deployments and drills in the area were “not for show” and that Beijing will not withdraw troops unless they recover the Chinese territory.

“The China-India border area may become a stage where China showcases the achievement of its long-term military development and reforms,” it threatened.

The editorial comes as Indian and Chinese troops continue to be locked in a standoff in Doklam.

This show of strength is being projected by Beijing as a warning to withdraw Indian forces from  and withhold objection to China constructing a road in that area.