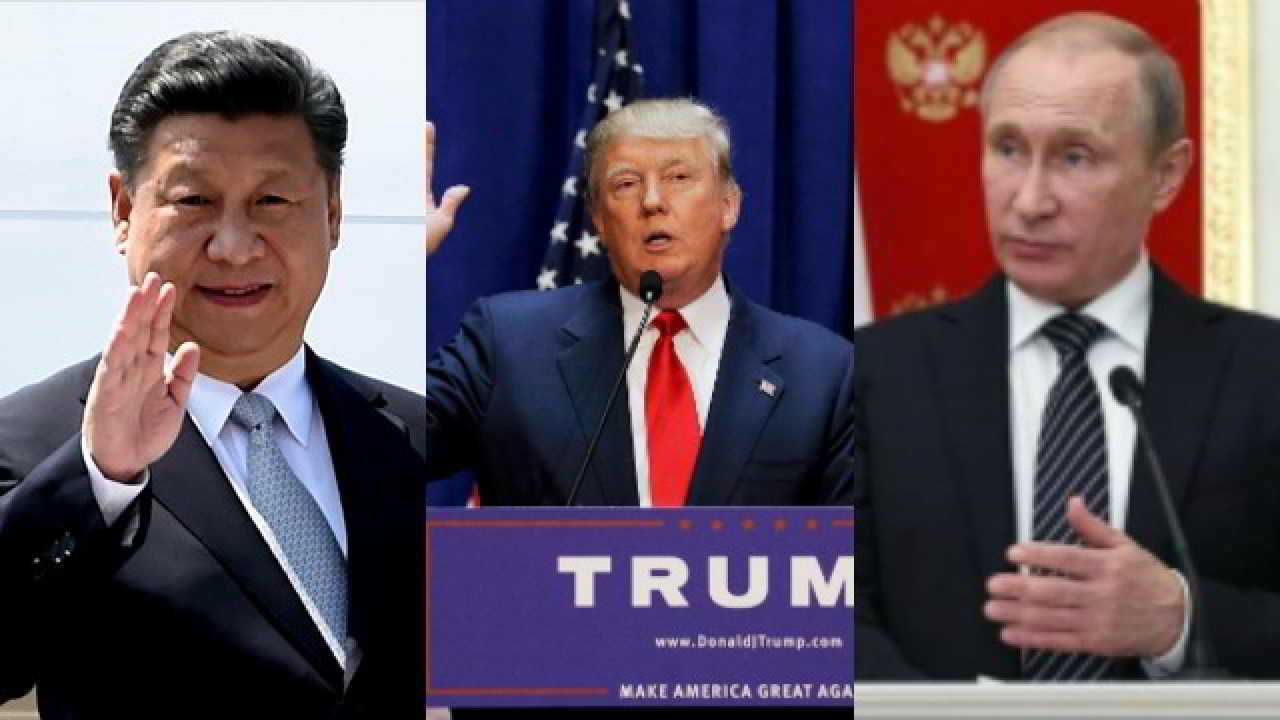 The Trump upheavals in the world politics are continuing. Several countries who received friendly gestures by the US President in recent months are now forced to express displeasure on the new National Security Strategy (NSS) unveiled by the same leader on Monday.

In a sharp reaction to the Washington’s move, China and Russia have criticised US for its new National Security Strategy (NSS) labelling both the countries as “competitors” challenging American interests.

Beijing has said that “Cold War mentality” was being demonstrated by US. Foreign ministry spokeswomen Hua Chunying said in Beijing on Tuesday, “We urge the US side to stop deliberately distorting China’s strategic intentions and abandon such outdated concepts as the Cold War mentality and the zero-sum game – otherwise it will only end up harming itself as well as others.”

“We hope that the United States can correspond with the trend of the times and the will of the people, put the world and China-US relations in perspective, honour the relevant commitments, and join hands with China to uphold the sound and steady growth of China-US relations,” she added.

“This is the right choice that serves the interests of the two peoples – and people around the world. We always believe that as the largest developing country and developed country and the top two largest economies in the world, China and the United States shoulder important responsibilities and have extensive common interests in upholding world peace and stability and promoting global development and prosperity,” said the spokeswomen.

“Cooperation is the only right choice for China and the United States, and win-win cooperation can lead to a better future.” She added.

Meanwhile Russia has characterised the US new NSS with its “imperialist character.”  Kremlin spokesman Dmitry Peskov told reporters that “A quick read of the parts of the strategy that mention our country … [shows] an imperialist character”. Peskov is the Deputy Chief of Staff of the Presidential Administration and also holds presidential press secretary’s office.

Peskov said Russia also does not see itself as a threat to US interests. He said that the new US security strategy shows “an unwillingness to give up the idea of a unipolar world – moreover, an insistent unwillingness, disregard for a multipolar world. We cannot agree with an attitude that sees our country as a threat to the United States,” said added.

On Monday, Trump unveiled his new National Security Strategy promising to prioritise US economic interests and “pursue peace through strength”. He named China and Russia as “rivals” that seek to “challenge American power, influence, and interests” and attempt “to erode American security and prosperity”.

Recently Russian President Vladimir Putin thanked US for CIA’s cooperation in thwarting terrorist attack in St. Petersburg. Both leaders are considered to be intending to create better ties.

Similarly Donald Trump, during his November visit to Beijing, praised Chinese president for the “huge” trade deficit between the two largest economies.

In the new NSS, Trump has described India as a “leading global power” while he asked Pakistan to take “decisive action” against terrorist groups.

Pakistan has criticised the US efforts to prop India as a regional power and advised that countries should be given statuses on the basis of their “constructive contributions.”