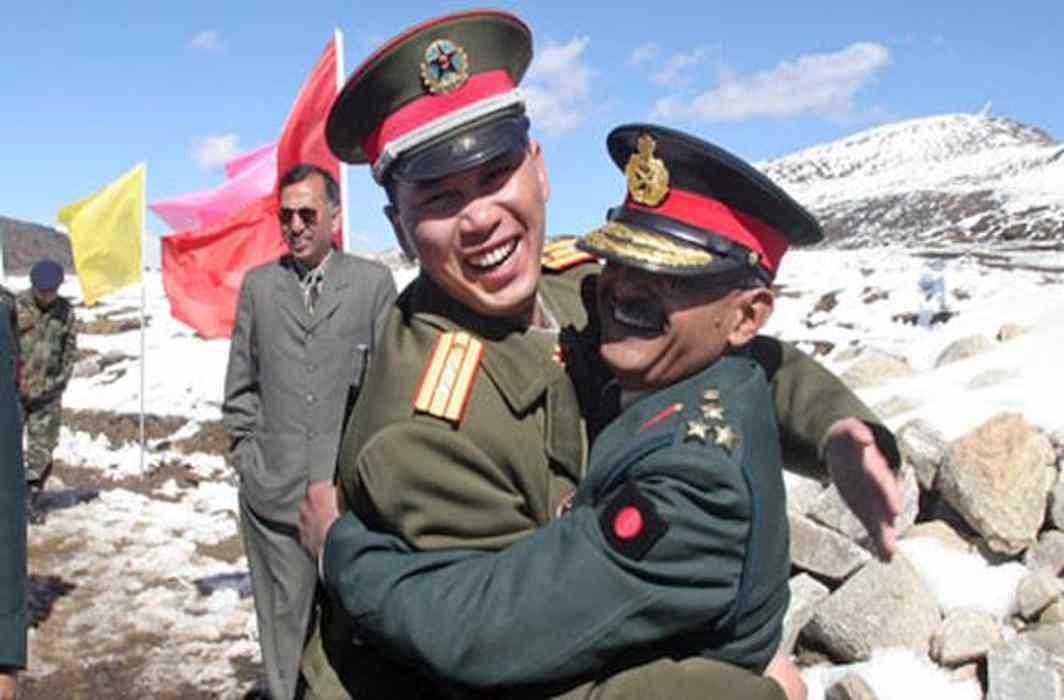 India and China should look at their border differences, including over Dokalam, in a “calm way” and resolve them through existing mechanisms, the Chinese foreign ministry said on Monday.

Reacting to Indian Ambassador to China Gautam Bambawale’s interview to Chinese daily the Global Times where he said the status quo should not be changed along the sensitive areas of the 3,488-km border, Chinese foreign ministry spokesperson Hua Chunying said here that differences can be addressed through existing mechanisms.

“Indeed we have noted that the ambassador talked about it while addressing the issue,” she said.

“I should say the two sides should look at border issues in a calm way and resolve relevant issues through the existing border-related mechanisms so that we can create conditions and enabling environment to properly solve our differences,” she said.

Besides a mechanism to discuss border tensions, India and China also have special representative-level border talks to resolve the differences over the disputed border.

About the new satellite imagery showing build-up by both sides, Hua reiterated that Dokalam, over which Bhutan also claims sovereignty, is Chinese territory and said China is building facilities in the area.

She referred to the 1890 treaty between UK and China and said “the Sikkim section of the China-India boundary has been demarcated by historic treaty and treaty under affective jurisdiction of China”.

“China has always upheld our sovereignty along the border area including (Dokalam) Donglang,” she said.

About the satellite imagery, she said, “I should stress it (area) falls within China’s sovereignty that we conduct facility building in Donglang area”.

“Some Indian media have carried reports about the military build-up and infrastructure building in the area. They are very excited about it,” she said.

About the local commanders’ meeting held on Republic Day during which they exchanged pleasantries, Hua said, “the local military personnel and border troops of the two sides held a meeting on India’s Republic Day”.

“We think this is conducive to enhance mutual trust and upholding peace stability along the border areas. We are also willing to enhance our communication and cooperation to better safeguard the security there and to create a better environment in this regard,” she said.

About the ambassador’s comments that India and China are partners not rivals and both sides should carry out dialogue at all levels, she said “the Chinese government’s position remains consistent”.

As two neighbours in Asia and major developing countries, the two sides should treat each other as an opportunity for development, she said.

“It is also a consensus reached by the leaders of the two countries. We will surely treat India as our cooperation partner and we hope to enhance people-to-people ties and friendship through such communication exchanges and to enhance our mutual trust so that we can lay more solid foundation and public support for our bilateral relations. In this we can create better conditions to resolve our differences,” she said.