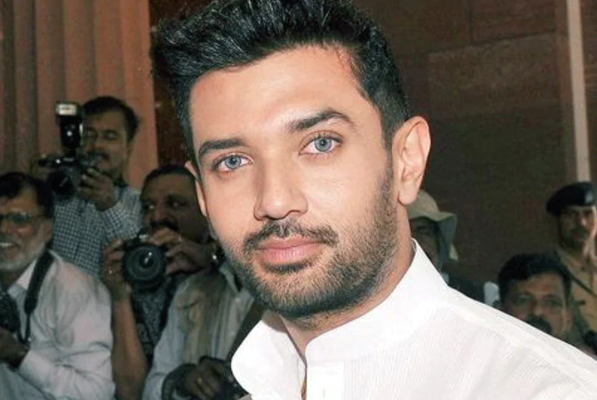 Lok Janshakti Party leader Chirag Paswan has reacted to the viral video in which he was preparing to record a speech while standing next to a garlanded picture of his father, late Ram Vilas Paswan and said he had no option but to shoot for the digital campaign for Bihar polls, just a couple of days after his father’s death.

In the video, Paswan Jr can be seen standing next to his father’s picture rehearsing a video message. The video went viral with people attacking the LJP leader for doing a video shoot while in mourning and cracking jokes. Paswan said that he suspected Bihar chief minister Nitish Kumar’s hand in the release of the viral video and that the JD(U) leader had stooped to a new low. He asked if he would have to give proof of his grief following Ram Vilas Paswan’s death. Paswan Jr said that no one was trying to understand his pain. He said Bihar CM was constantly questioning if he was upset over his father’s death or not. Paswan said that he had no option but to continue with the election campaign as his father died at a time when elections were just around the corner.

The JD(U) and LJP have been locked in a bitter battle since the time Paswan Jr’s announced his decision of pulling out of NDA and fighting the election independently. LJP has maintained that its fight is against JDU and Nitish Kumar and not its ally BJP. Paswan has said that it was his father who instigated him to go solo as he felt Nitish Kumar getting another term as Bihar CM would be disastrous for the state.

Polling is underway on 71 seats in the 243-seat Bihar Assembly on Wednesday amid strict rules in view of the coronavirus pandemic. The results will be announced on November 10.