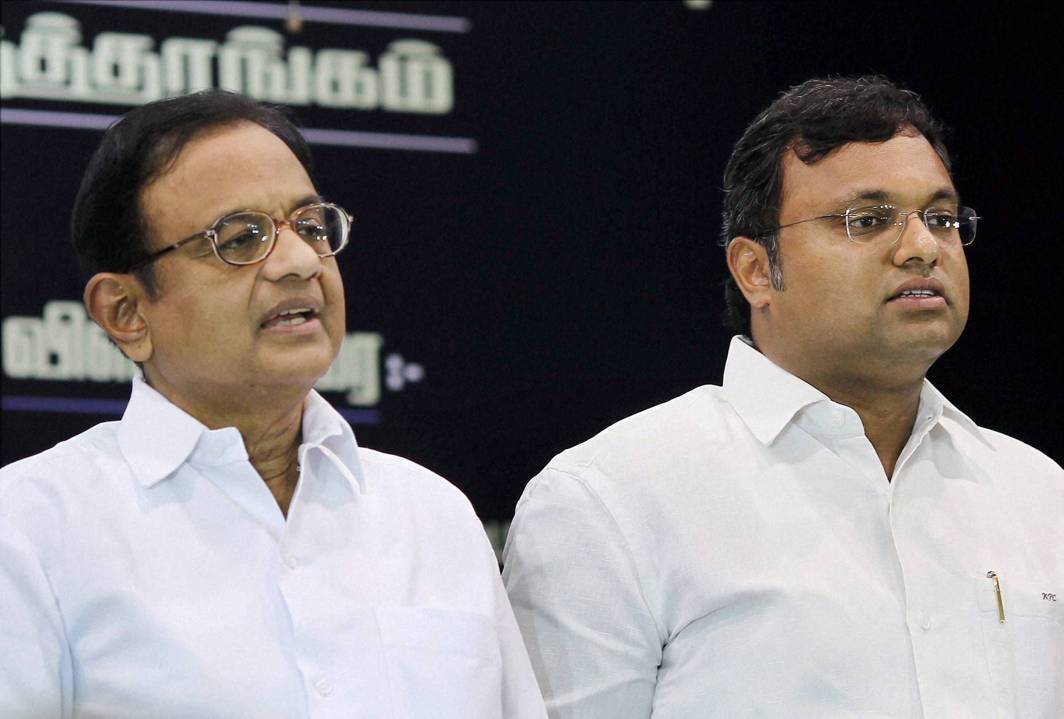 Karti, son of former Union finance minister P Chidambaram, has claimed that the lookout notice against him has been issued by the CBI with the mala fide intension of harassment and tarnishing his image and that of his family

The Supreme Court bench of Chief Justice Dipak Misra and Justices AM Khanwilkar and DY Chandrachud was informed on Friday (September 1) by Additional Solicitor General G Rajagopalan, appearing for the CBI, that the lookout circular issued by the agency against Karti Chidambaram was because of the apprehension that he may leave India permanently.

Karti, son of former Finance Minister P Chidambaram, is being investigated by the agency in a FIPB case involving INX Media which got the FIPB clearance when P Chidambaram was finance minister.

The CBI counsel said the agency feared that if Karti left India for good, investigation into the case would be hampered. It also feared that he might tamper with the evidences.

In reply, senior advocate Gopal Subramanian, appearing for Karti, pointed out: “They asked me (Karti) to come on August 23, I was there. They again called me and I again go there. Lookout circular is to maintain (a watch over the) movement of an individual. Statements are being made against my client that he has property all over the world. The issue is that my client’s father gave some FIPB clearance to some company and they are after me (sic).”

“Lookout circular cannot be floated after the Maneka Gandhi case. I have given an undertaking that I will attend all investigation. My whole family is here. Why should I run away,” Subramanian argued on behalf of his client.

At that point Additional Solicitor General Tushar Mehta said: “We are providing a closed envelope to your lordship which shows that there are cogent reasons that lookout circular is needed.”

Karti’s counsel has maintained: “The CBI had issued the notice under section 41-A(1) r/w 41 (1)(b) of the Criminal Procedure Code , dated June 15, 2017, calling upon Karti to appear before the investigating officer June 29 and when the said notice was issued, the CBI had issued the “lookout circular” on the very next day, which itself would establish the mala fide intension of the respondents in harassing the petitioners and tarnishing their image.”

Karti had, in a writ petition, submitted that he was in no way connected with the alleged offences and that the petitioner (himself) had been to United States for the cancer treatment of his wife. Now he is back and is in Chennai.

The court ordered that the documents be filed and that the matter be listed for September 11.