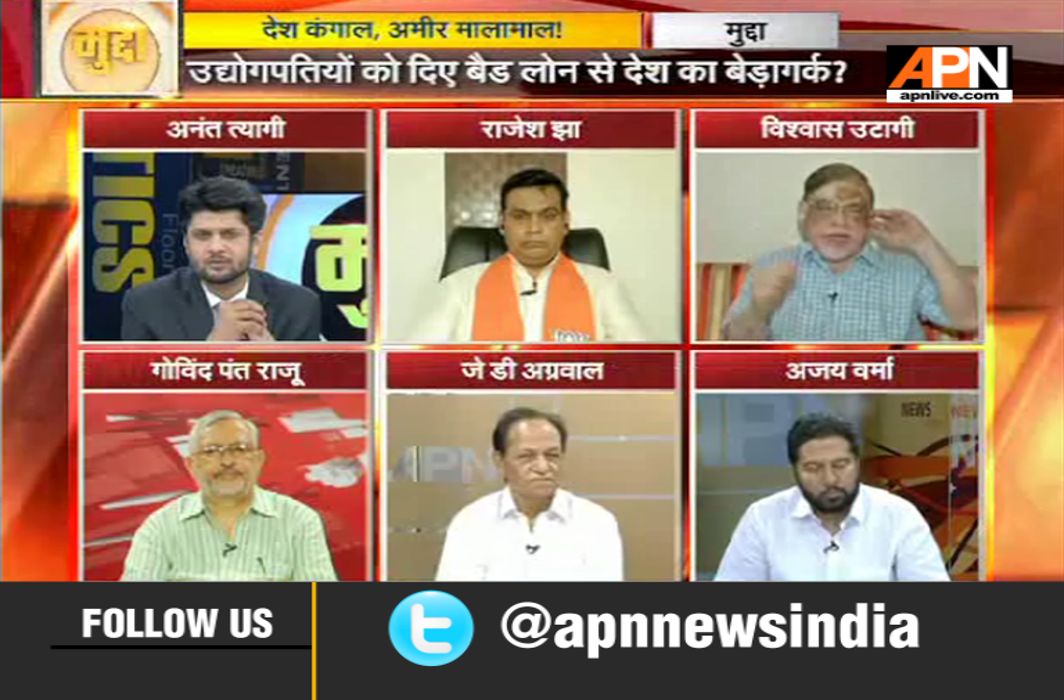 Raghuram Rajan’s statement should not be seen from perspective of party politics; irrespective of the party in power, an alert assessment-and-action system should be put in place to avert crisis

The country’s economic woes continue unabated; with the problem of mounting bad loans. Former RBI governor Raghuram Rajan has said that the most number of bad loans were given out in 2006-08, in the UPA era. He also said that most loans were given to company promoters with a history of defaulting.

Meanwhile, the centre today has ruled out a reduction in excise duty on petrol and diesel as the rupee plummeted and markets crashed.

Aggarwal said: “Rajan has analysed it well. The problem with NPAs is a huge one. Banking associations have booklets containing defaulter names. But they were ignored, and unethical practices encouraged. The banks’ main income comes from lending. Despite spread of computerization, project evaluation lagged behind. Undue influence on banks had a negative effect.”

Raju said: “Rajan’s assessment should not be seen from a political perspective. It is a statement on the prevailing situation. Political pressure is always there, whichever party is in power. Rajan has also warned that the practice of pressure on banks to give bad loans continues.”

Utagi said: “The Modi government’s banking policy, Raghuram Rajan’s policies, and demonetisation… all have had a negative impact.”

Aggarwal said: “The governments try to focus on the growth rate mainly, and ignore economic development, irrespective of the party in power. The second focus has always been on fiscal consolidation. In 2006-08, NPAs started snowballing.”

Raju said: “The NPA mess was not corrected either by the government or by the banks. Banks have been given bailout packages, but the main problem is yet to be addressed fully.”

Utagi said: “The Modi government’s policy of the last 4.5 years is equally responsible.”

Aggarwal said: “Policies are set by the bureaucrats upon approval from the ministries. There is a gap between policy and implementation. By and large, bankers are independent. They should have an alert watch-assess-and-act system.”

Jha said: “The Modi government sent out strict orders that companies need to clean their balance sheets, and clear their bad loans to good loans.”

Utagi said: “The Modi government’s policy has led to no dues recovery; instead loan waivers are being done.”