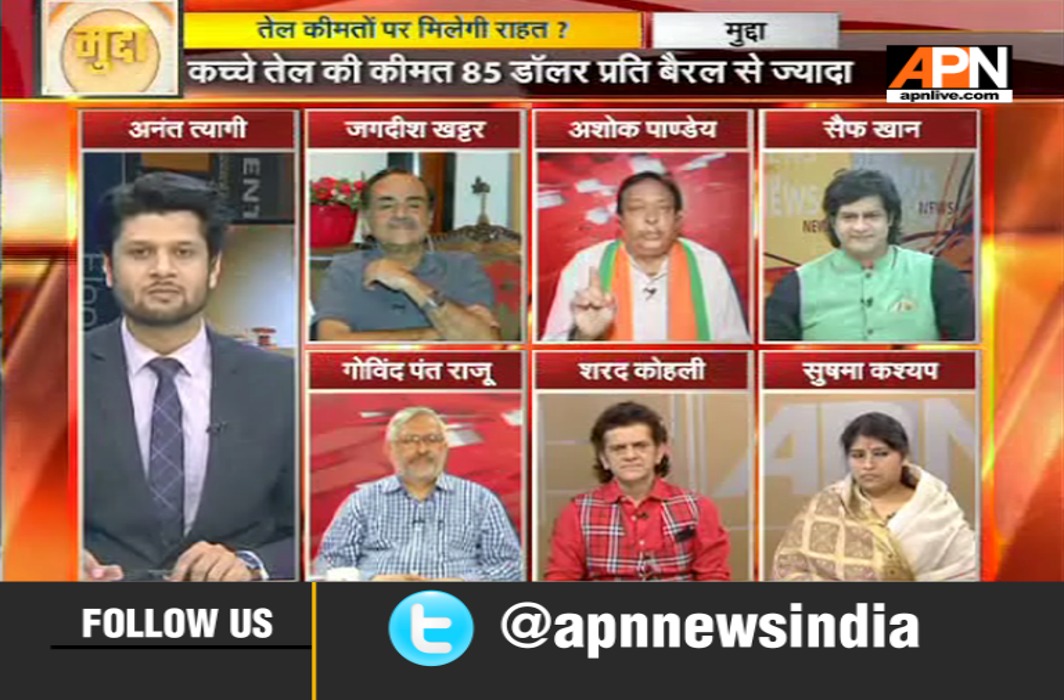 Pandey said: “Diesel and petrol prices were recently lowered. Today PM is holding a meeting on this issue. In China too, diesel prices have gone up, the whole world is reeling under this. It is definite that prices will soon come down.”

Khan said: “The BJP has been making a killing on petrol and diesel prices. Congress would plan subsidies to ease the burden of common man. The current dispensation is not doing so. What will be the result of the meeting? I am waiting to know that.”

Khattar said: “Around 70-80 percent oil is imported, prices are going up internationally. Consumption is not going to go down. Spiralling prices will pinch the common man.”

Raju said: “Subsidies are populist measures. But the reason for doing away with subsidy is due to both local and international scenarios. The government is distributing mobile phones, now isn’t this a misuse of public funds? The Congress is more worried about the government walking away with glory than the plight of the common man. Rahul Gandhi finds it easy to say that on coming to power, he will waive loans for farmers. How can that happen without it having a fallout on the overall economic scenario?”

Sushma Kohli said: “Elections are round the corner, prices are going up, and this is why the PM has called a meeting; to show that the government is doing something.”

Sharad Kohli said:”Subsidies are not given so easily. Today, if Congress was in power, the discussion would have been the same.”

Khan said: “What can the government do to ease the stress of the common man? In some places excise duty is more than doubled. If petrol and diesel prices are down, it will have a cascading effect on all-round prices. Prices in Nepal and Pakistan are far less than in our country.”

Khattar said: “We can’t talk of electricity vehicles so far. R&D is still going on. Meanwhile, we should look at hybrid options like CNG and other choices.”

Raju said: “It will take ages before other viable options can emerge.  Even their effect will take a long time. We can increase CNG availability, as people want immediate relief. Common man is not bothered about relations with US as that’s the government’s responsibility. The government should look at the larger picture.”

Pandey said: “The government is considering all options before it to lessen the common man’s burden. The best solution available will be known to all.”

Khan said: “The Congress was utilising government funds properly. In the last four years, the government has only raised prices, metro fares and so on.”