Congress, BJP leaders fling dirt at each other in Madhya Pradesh 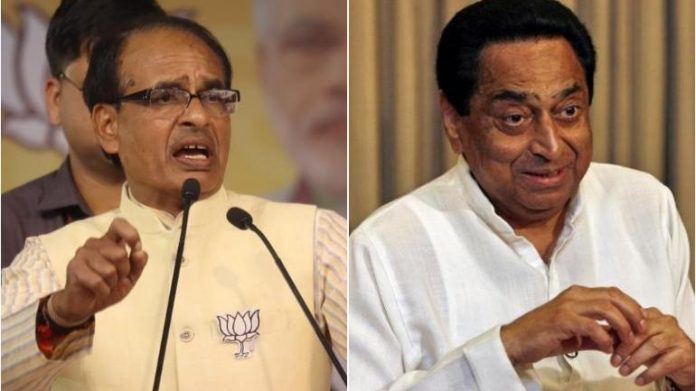 Campaigning for Madhya Pradesh elections is stooping to a new low with Congress and BJP leaders using derogatory remarks against female leaders. Both party leaders are using words like item, rakhail and bangles against each other as they try to woo voters.

While the Election Commission issued a notice to Congress MP Chief Minister Kamal Nath on Tuesday for describing BJP’s Dabra candidate Imarti Devi as item, BJP leader and Minister for Food and Civil Supplies Bisahulal Singh, party candidate from Anuppur was booked by police for allegedly describing his Congress rival’s wife a rakhail (mistress). Anuppur Police booked him after the complaint of the Congress candidate’s wife who protested outside the police station Tuesday, seeking prompt action against the leader.

A video clip was viral on social media that showed Bisahulal Singh talking about his Congress rival’s nomination papers and using obscene remarks against his wife that why he had mentioned the name of his rakhail and not his first wife.The state women’s commission took cognizance of the matter and sought an explanation from Bisahulal Singh. Meanwhile, the state congress has filed a complaint in the state Election Commission against the BJP leader demanding Singh to be barred from by-election.

The legal head of MP Congress, J P Dhanopiya said Singh has been repeatedly violating the rules of Election Commission and the Congress party has approached them on four different violations, but no action has been taken so far. The party is hopeful that the Commission will take action this time.

While admitting Bisahulal Singh’s remark was inappropriate, the BJP district president for Anuppur, Brijesh Gautam, claimed that Singh’s remark was misunderstood. Gautam, however, said such language was used in daily discourse in the tribal belt.

The government of India has banned 43 more Chinese mobile apps on Tuesday under Section 69A of the Information Technology Act. This...
Read more
Load more