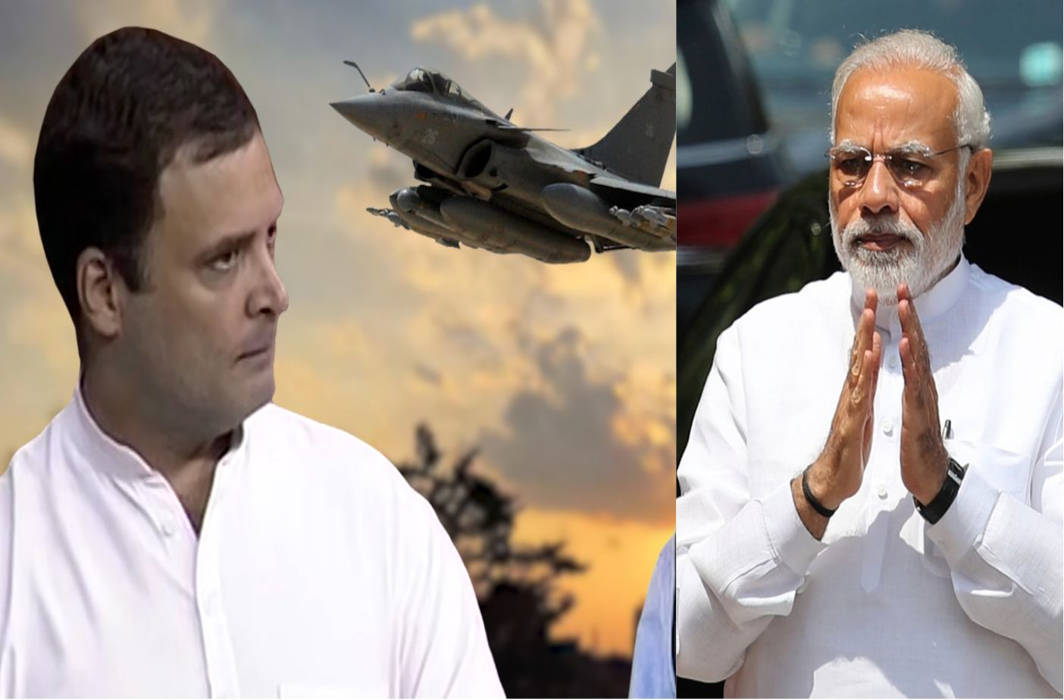 Gandhi claimed that the Prime Minister will not be able to answer his questions over the alleged scams in the deal.

“I challenge Modi Ji to come on stage anywhere, anytime and debate over Rafale with me for just 15 minutes. I will talk about Anil Ambani, HAL, French President’s statements and the pricing of the jets. I will say that Defence Minister said clearly that it’s Prime Minister who did it. The Prime Minister did not follow the procedure. The CBI Director was removed at 2 am. He will not be able to answer my questions,” said Gandhi.

He not only stop here but also said that Prime Minister Modi’s demonetisation drive has benefited few of his “businessmen friends” in the country.

Talking about the unemployment crisis in Chhattisgarh, Gandhi said that the incumbent Chief Minister Raman Singh has failed to provide employment in the state despite ruling for 15 years.

“Raman Singh has been in power for the last 15 years and Prime Minister Modi has completed four and a half years in government at the Centre and both the governments have failed to fulfill their promise to generate employment opportunities for the youth,” he said.

He also promised that within 10 days after coming into power, the Congress party will waive off the loans of Chhattisgarh’s farmers. “Secondly, you all were told that you will get a bonus. For the last two years, you have not been getting the same. Not only we will resume this practice, but we will also compensate for the bonus of these two years, which BJP failed to do,” said the Congress chief.

The first phase of voting in Chhattisgarh was held on November 12, while the second phase is due on November 20. The counting of votes will be held on December 11.