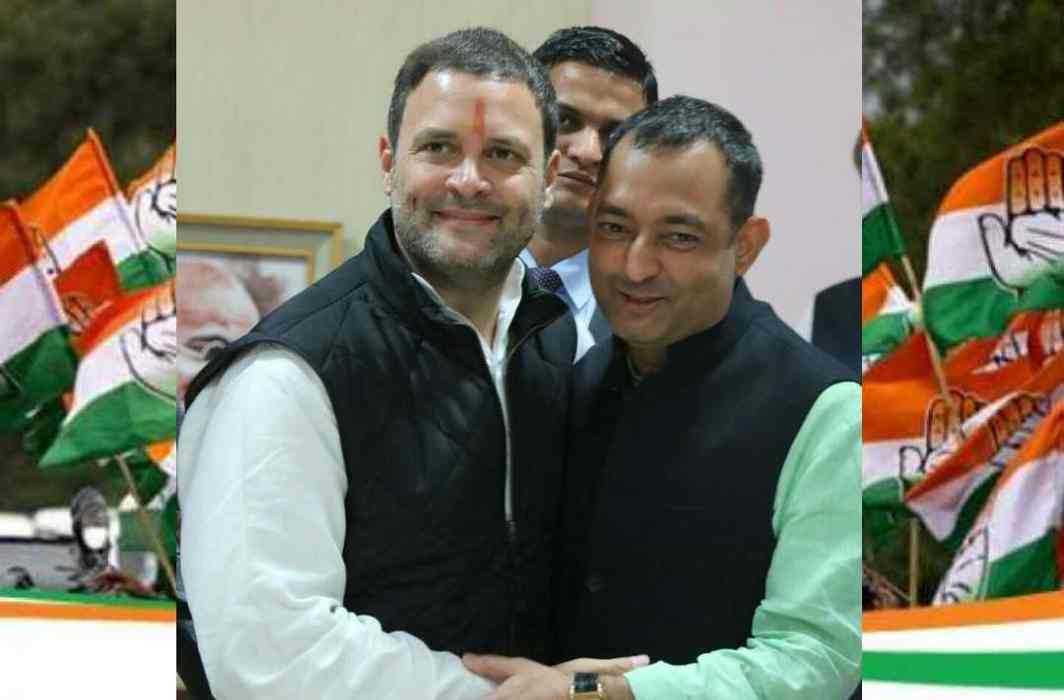 Amidst raging controversy on Rahul Gandhi’s recent remark about Congress being Muslims’ party, Nadeem Javed, the Chairman of party’s minority department and former MLA from Jaunpur has confirmed Urdu daily Inquilab report saying that there was nothing wrong in party president’s statement or reporting of the same.

In an exclusive interview with Mumtaz Alam Rizvi, the journalist who originally reported on Rahul Gandhi’s meeting with Muslim scholars and leaders, Nadeem Javed said that neither Rahul Gandhi said something wrong nor Inquilab has misreported the remarks. Nadeem’s interview was prominently published by the daily, owned by Jagran group, as front-lead story on Monday.

Nadeem Javed said that he has read Inquilab report carefully quoting Rahul Gandhi saying, “Yes Congress is party of Muslims because they are weak.” He questioned  as to “what is wrong in it?” Instead, Javed asked if “we have forgotten Sachar committee report saying that Muslims have become more backward then Dalits?”

He observed that no country can progress with the progress of one section of the society. The country can achieve progress only when all communities progress together. If we wish to enlist our country as a developed one, we need to raise the issues of Muslims and Dalits. He asserted that Rahul Gandhi has reiterated party’s established position that it belongs to the weaker sections of the society.

Responding to a question as if Rahul Gandhi will not meet Muslim leaders after the recent controversy, Nadeem Javed responded saying that controversy was knowingly being created. However, he further said that Rahul Gandhi will address a national convention to be shortly organized by minority department of the Congress party. He will interact with Muslims scholars for developing party’s strategy before the national convention as well. A plan would be chalked out on how to publicize the Congress contribution towards Muslims during the 60-years of its governance.

Nadeem further said that Rahul Gandhi has commitment to struggle for the rights of weaker sections. He will continue to interact with leaders of various minorities.

He also said that Congress leadership will not weaken its ties with minorities especially with Muslims due to hype created by certain media houses. He asked Muslims to support Congress under Rahul Gandhi’s leadership who is working to bring all secular parties together.  He further said , “We have sacrificed in Karnataka and the 2019 elections will be contested to save secularism and communal harmony in the country”.

In such a situation, Nadeem advised the Muslim clerics, scholars and responsible leaders to show political maturity in supporting Rahul Gandhi’s efforts.

He recalled that country was facing similar challenge as in post 2002 Gujarat riots. At that time Muslims stood with Congress with responsibility.  Hence, in the present situation Muslims should behave with unity and wisdom during 2019 elections, he advised.

Several BJP leaders, including Prime Minister Narendra Modi used the Inquilab report to repeat their claim that Congress is an “anti-Hindu” party that aims to “appease minorities”. Party spokesman Anil Balani and Defence Minister Nirmala Sitharaman criticized Rahul Gandhi with “janeu dhari” remarks. Seetharaman was quoted saying, “You can’t be janeau dhari at one point….Muslim-dhari at another…This is playing with the people’s trust.”

On Saturday, Prime Minister, while addressing on the occasion of foundation stone laying ceremony of the Purvanchal Expressway in Azamgarh, said, “I have read in newspapers that Congress naamdar [dynast] has said that the Congress is a party of Muslims.”

He further said, “This debate has been on for the last two days. I am not surprised because during the Manmohan Singh government, the prime minister himself said that Muslims have the first claim on the country’s resources…”